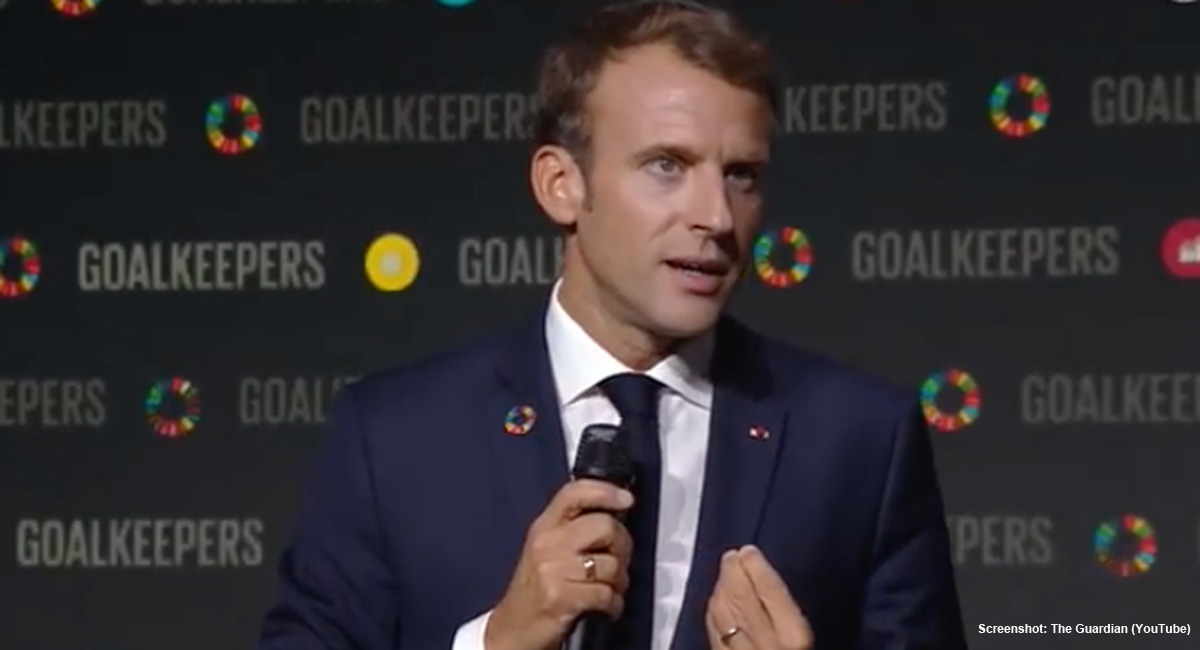 Emmanuel Macron, president of France, is facing an onslaught of criticism for demeaning women with large families. Macron was speaking at a Bill and Melinda Gates Foundation event about population control in Africa, where he said many African women would have smaller families if they could choose to do so. “One of the critical issues of African demography is that this is not chosen fertility,” he claimed, according to The Guardian. “I always say: ‘Present me the woman who decided, being perfectly educated, to have seven, eight, or nine children,'” he added, continuing:

Please present me with the young girl who decided to leave school at 10 in order to be married at 12. This is just because a lot of girls were not properly educated, sometimes because these countries decided the rights of these girls were not exactly the same rights as the young man. That is not acceptable.

While Macron is correct that forced child marriages are completely unacceptable, he seemed oblivious to the fact that it is insulting to group the idea of large families in with this exploitation of young girls. On social media, people around the world fired back.

#PostcardsForMacron Nine college degrees so far among the humans. Our cat knows more than the President of France. pic.twitter.com/jWXm1biqcD

Fantastic families at #postcardsforMacron – adding 4 of my 5 kids here, even if I’m just a journalist & have written aprox 60 books 💕 pic.twitter.com/vi8b4NJJrJ

My mama. Lawyer, MBA graduate, judge of the High Court of Uganda and mother of 6. A successful full time worker and full time mother. #postcardsforMacron pic.twitter.com/dH6RJ3cXCR

My beloved wife Jocelyn has a BA from Loyola University Chicago.

#postcardsforMacron My wife, a medical doctor and mother of seven ;) pic.twitter.com/0EldehPMUp

My mother has a doctorate from the University of Fribourg, Switzerland, and eight children. #postcardsforMacron @EmmanuelMacron pic.twitter.com/WWmPwY3wTZ

@EmmanuelMacron My mother had a successful family practice and now works as an emergency physician at multiple hospitals. I am the youngest of her 8 children all of whom have university degrees themselves. Educated enough for you? #postcardsforMacron pic.twitter.com/agtH1YW7aR

Some have come forward to defend Macron, pointing out that he only was arguing in favor of giving African women greater access to “family planning” — but these people ignore that African women are not clamoring for access to abortion and birth control, and that efforts by westerners like Macron (and Bill and Melinda Gates) to pushing these things onto African women is viewed as another form of population control, eugenics, and colonialism.

It’s one thing to speak out for the need of educational access for girls in Africa, and to decry the practice of forced child marriage. It’s quite another to slam mothers of large families as uneducated victims who would never have chosen their children if they’d only had the choice.