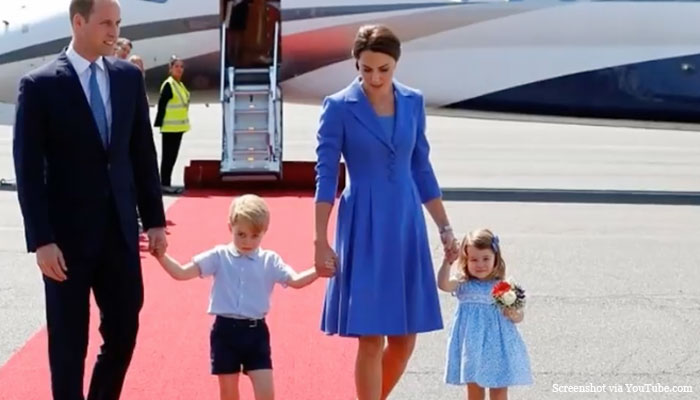 Prince William and his wife, Kate Middleton, had people around the world cheering with joy last month when they welcomed their third child, a boy they named Louis. That the royal couple have chosen to have a third child has been welcomed by many, as it strikes a blow to the two-child mentality that is so pervasive today. Yet even as he flouts cultural expectations to keep family size small, Prince William is pressing for population control — at least, for those who are less privileged than he is.

Population control for thee, but not for me

Prince William recently gave a speech for Tusk, an African wildlife conservation organization, in which he argued that “there is no question” that “Africa’s rapidly growing human population… puts wildlife and habitat under enormous pressure. Urbanisation, infrastructure development, cultivation—all good things in themselves, but they will have a terrible impact unless we begin to plan and to take measures now.”

“In my lifetime, we have seen global wildlife populations decline by over half,” he said at a gala dinner benefitting Tusk. “We are going to have to work much harder and think much deeper, if we are to ensure that human beings and the other species of animal with which we share this planet can continue to co-exist. Africa’s rapidly growing human population is predicted to more than double by 2050, a staggering increase of three and a half million people per month.”

Overpopulation, of course, is a myth. Yet that doesn’t keep privileged westerners like Prince William from taking aim at developing nations — like those in Africa — and arguing that there should be less of those people. It is clear that there are elements of racism or eugenics in these arguments, which are happening with alarming frequency.

READ: Children are not our enemies or liabilities. They’re our future.

Westerners have taken it upon themselves to make sure that people of color in developing nations have fewer children. Melinda Gates has long pushed for “family planning” — contraceptives and abortion — in developing countries, and has pledged to spend hundreds of millions of dollars to prevent babies from being born in places like Africa. Marie Stopes International has been found to give young African girls long-term birth control without getting their parents’ consent first. European countries want Africans to stop having babies for their own selfish motives.

But Danish politician and former minister for development cooperation Ulla Tornaes let slip that her motivations may not be entirely altruistic. When she spoke at the summit for the need to promote family planning in Africa and other developing nations, she said, “Unwanted pregnancies have enormous human costs in developing countries – from very young women who must give up their basic education, maternal mortality.” But rather than arguing that women need better access to obstetrical care or education, she argued instead that these pregnancies need to be prevented.

Obianuju Ekeocha is a biomedical scientist and the founder of Culture of Life Africa, a U.K.-based pro-life group, who frequently argues against wealthy people, organizations, and countries using their power, money, and influence to further abortion and birth control in Africa. “In all my work with African countries, I don’t know of any which is screaming, ‘Come and help us, we have this abortion crisis,’” she said. “But a lot of Western countries, in this spirit of cultural supremacy, are still trying to impose abortion in this way.”

During the recent Family Planning Summit in London, co-hosted by the British government alongside the Bill & Melinda Gates Foundation and the U.N. Population Fund, Ekeocha spoke out about how this is nothing more than an updated version of colonization. “They need to go back to the integral care of the person, where they were thinking of the Africans not as people who they can colonize culturally and impose their new views and values on them, but as a people who have their own views and values,” she explained. “What Africans want more than anything is for women to give birth safely… in a lot of these countries they can’t even get the most basic health care.”

Ekeocha also battled with a BBC anchor who repeatedly argued that African women need birth control to be empowered and successful.

She tried to explain that there were things that African women needed that could improve their lives… but birth control is not one of them. “Well, you’re saying ‘should’,” Ekeocha said of the claim that African women need access to contraceptives. “But who are you to decide, if you don’t mind me saying? The thing is, there isn’t a popular demand, ma’am. There isn’t a popular demand. If you go to Africa, what people are asking for every day — because I was born in Africa, I was raised in Africa, I continue to go to Africa many times a year — you just speak to any ordinary woman, and I think contraception might be the tenth thing she says, if that.” The anchor didn’t listen, however, repeatedly cutting Ekeocha off and insisting that birth control is a “human right,” and would solve African women’s problems. “Well, that’s kind of a western solution, isn’t it?” Ekeocha responded. “If you speak to the ordinary woman on the streets of Africa, what is she asking for? She’s asking for food. She’s asking for water. She’s asking for basic health care. And contraception continues to be about the last thing she would ever think of.”

Ekeocha also pointed out that Western countries not only push contraceptives on African women, telling them that birth control will bring them out of poverty, but they fail to counsel them on potential side effects, leaving them to suffer when those side effects happen without any help. “Someone from a western organization — one of these western organizations in Africa — came and put IUDs into [African women] and told them this is what you need to come out of poverty,” Ekeocha said. “That is not what African women need. That is not the single indicator to come out of poverty. What Africans need is education, and opportunities, and good government.”

“There are Africans who don’t have access to education,” she continued. “What children are looking for is a way to get into school. Someone like myself, I was born in Africa, I was raised in Africa. My lifeline out of poverty was education. It was not contraception.”

But of course, these efforts — those of Prince William, Melinda Gates, the United Nations, European politicians — aren’t for the good of African populations. As Ekeocha said, it’s colonization. It’s based in racism and eugenics, the belief that western nations are inherently superior, that some lives are worth more than others.

In the United States, we don’t see these same efforts; the Gates Foundation, for example, pushes contraceptives and abortion in Africa as a means to escape poverty. In the United States, they announced an initiative last month that would spend hundreds of millions of dollars on fighting poverty in the United States. While they haven’t been clear on what specifically the foundation will do, it doesn’t seem to include preventing Americans living in poverty from having children (though, certainly, young women in the U.S. are being pushed by Planned Parenthood and its ilk toward the use of dangerous, long-acting reversible contraceptives). That, evidently, is something the Gates Foundation focuses on people living in developing nations.

What happens to these countries after western organizations come in and exercise their population control measures? A recent report from the Washington Post shines a light. The United Nations Population Fund is believed to be complicit in coercive population policies, like China’s restrictive family planning policies (One-Child, now Two-Child) which have led to massive human rights abuses. The International Planned Parenthood Federation has partnered with the China Family Planning Association for decades, praising their family planning policies. In India, a baby is aborted every two seconds, most of them girls. In China and India, widespread abortion of baby girls has led to a massive population deficit, where men outnumber women by approximately 70 million. China has the highest suicide rate of women in the world, and baby girls who escape abortion are left to suffer deplorable conditions in orphanages. And as men struggle to find wives, women find themselves — in both China and India — the victims of human trafficking. For men, this has led to an epidemic of loneliness and depression, as many men will never be able to marry. It even has economic effects on both countries.

Now, these western organizations are abandoning Asia and looking to inflict their coercive population control measures on Africa. Will the residents of these African nations suffer the same fate that those living in China and India have? Perhaps, but that’s not what matters to these people. They’re only looking to prevent those deemed “unwanted” from being born… no matter the cost. And that is truly shameful.