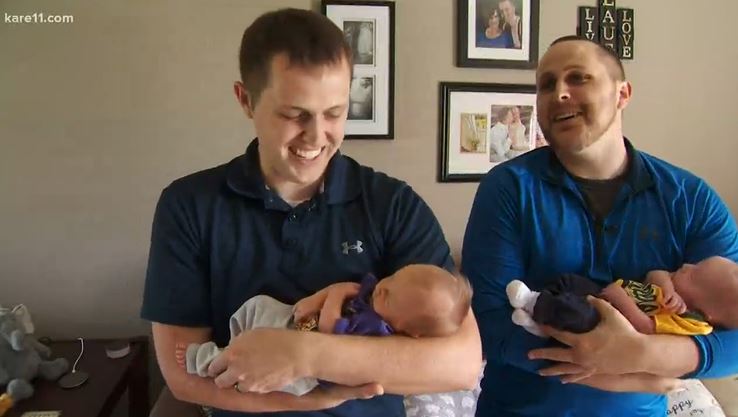 Identical twin brothers in Minnesota each welcomed their first baby on September 19 to the surprise and delight of their family.

“I got a text from Pat saying, ‘Just letting you know we’re at the hospital,” Paul Young told KARE 11.

Pat Young laughed, saying, “And then he texted me back and said, ‘So are we.'”

While Pat and Ashley were at Hastings’ Regina Hospital, Paul and Felicia were at Woodwinds Hospital – about 18 miles apart from each other. Their mother Tammy Young was driving back and forth between the two hospitals, wanting to be in two places at once to meet her grandsons.

Jack Todd Young, son of Pat and Ashley, was born first, at 6:01 p.m. But Cooper threatened to not arrive until the next day with his mother Felicia spending 30 hours in labor. Cooper finally made his appearance at at 11:49 p.m. with just minutes to spare. 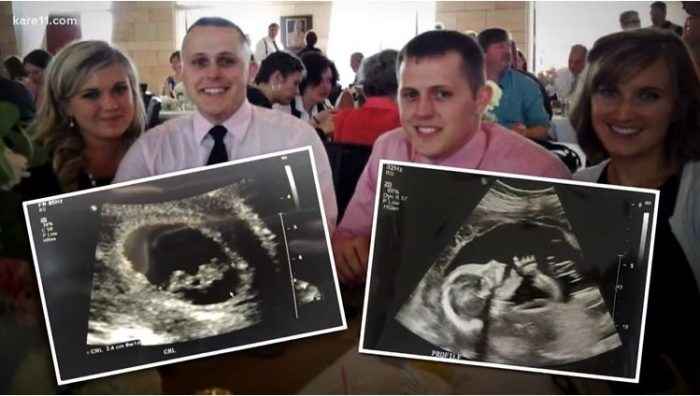 “Every time I’d go through a set of three pushes, everybody would look up at the clock,” said Felicia.

Not only are 31-year-old Pat and Paul Young identical twins, but they each chose law enforcement for their career. Pat is a police officer in Cottage Grove, Minnesota, and Paul is a detective in Hastings, Minnesota. The one area they seem to disagree on is football. 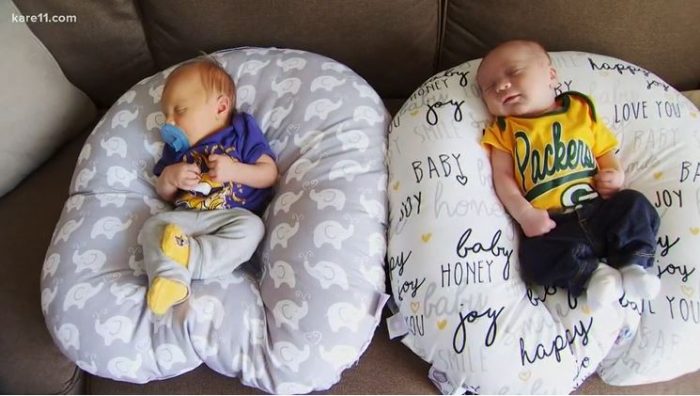 In 2018, twin sisters Bao Nhia Julia Yang and Bao Kou Julie Yang, 23, each welcomed a baby girl on the same day. The bond between twins is lifelong, beginning in the womb. In the womb, twins have been caught on ultrasound cuddling, kissing, and even fighting and punching each other. At birth, twins often reach out for each other like Weston and Caleb who soothed each other shortly after delivery in this adorable video.