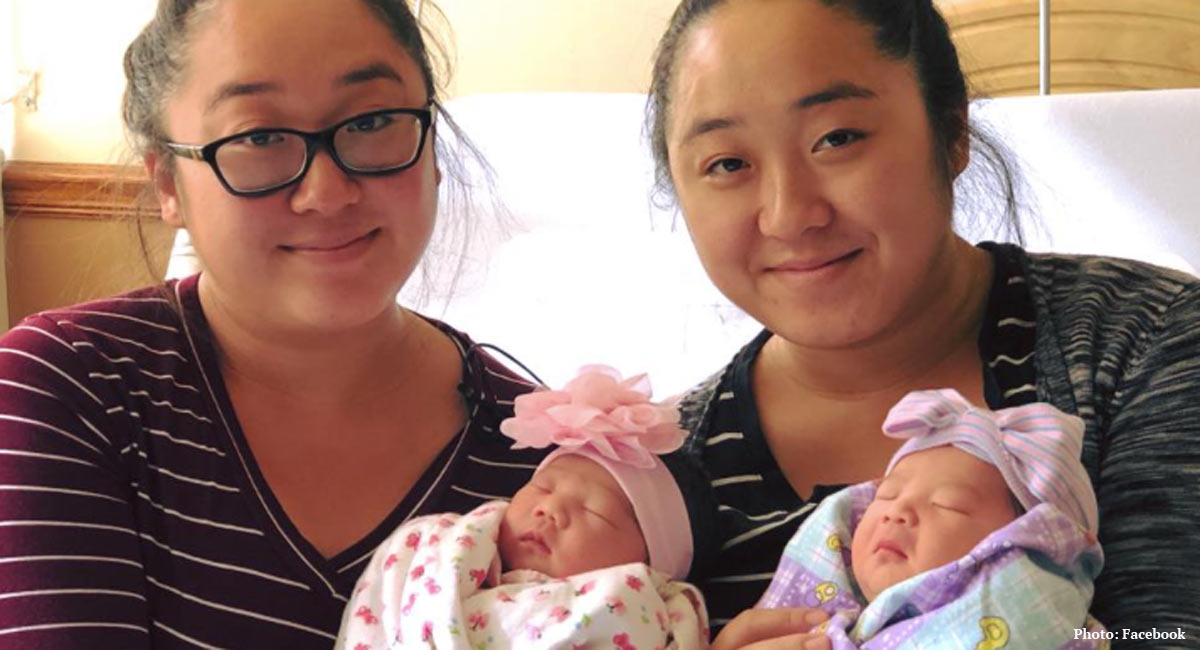 A Facebook post by the Community Regional Medical Center in Fresno shows two sleeping newborns held by their mothers, who are twin sisters. The caption for the photo reads, “Yes, you are seeing double! These twins gave birth to baby girls only two hours apart. Welcome to the world Baby Nadalie (purple) and Baby Candra (pink)!”

READ: VIDEO: Crying twins Weston and Caleb comfort each other after birth

NBC reports that the mothers, twins Bao Nhia Julia Yang and Bao Kou Julie Yang, 23, gave birth to their daughters on Sunday, November 4th. The sisters discovered they were pregnant around the same time but didn’t think their daughters would be born on the same day, an event they say is a dream come true.

The babies weighed in at 7 pounds, 3 ounces, and 7 pounds, as the sisters note: “Almost the same.”

Laura Schleicher, the nurse-midwife who delivered the babies, told NBC she has never seen anything like it in her more than 18 years delivering babies at the hospital. Schleicher stressed that nothing was done to induce or precipitate labor saying, “They just had great timing, very unique timing.”

When asked if they might have “twin” babies again in the future because of their special twin bond, the sisters smiled and said, “We’ll see!”

The bond between twins that is displayed throughout life for some siblings begins before they are even born. Preborn twins have been seen holding hands, cuddling, and even fighting! When twins are born, there is often no doubt that living side-by-side throughout their prenatal development has formed an incredible bond, as when twins Weston and Caleb comforted each other shortly after delivery.

Congratulations to Bao Nhia and Bao Kou on the second generation of girls to share a birthday!