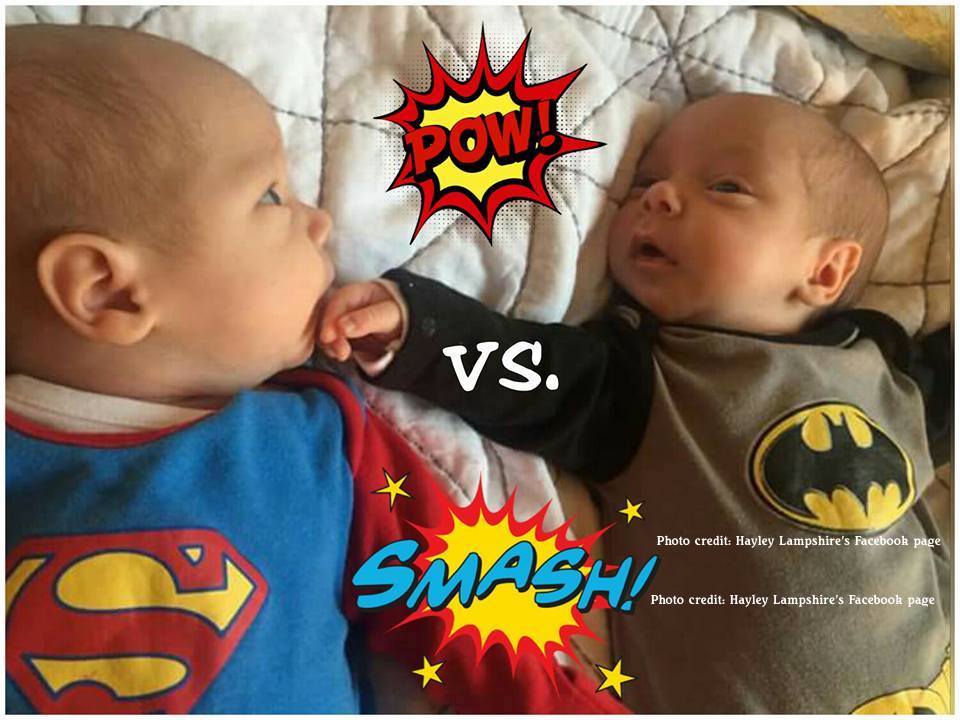 (National Right to Life) — When Hayley Lampshire, 27, from Kidlington, Oxfordshire, England discovered her twins were suffering from an extremely rare condition, the odds were so daunting that (as she told Richard Hartley-Parkinson) “We were told that a selective termination would be a very last resort but we tried not to think about it.”

The discovery was made at the twelve week scan when Hayley and her husband, Charlie, first learned she was carrying twins. At the same scan, “We were told our pregnancy was going to be high risk and a week later we were sent to a specialist who confirmed I was carrying Monoamniotic-Monochorionic twins.”

Which meant Rowan and Blake were sharing one amniotic sac. The dangers were enormous.

Because the boys were in the same amniotic sac their cords could get tangled if they moved around, which would cut off their oxygen and food supply.

If that did happen then it would be likely that we wouldn’t know, we couldn’t do anything to prevent it which was the scariest part.

How could that possibly happen, given the cramped living quarters? We read:

But she was amazed when she went for a scan – and saw her two boys cuddling each other – and even appeared to be holding hands.

At every scan, Hayley was amazed to see her twins holding on to each other.

The risk factor decreases after 12 weeks, in most pregnancies, Hartley-Parkinson, but the chances of losing the twins increased the more they grew. Why?

As the babies got bigger there was more of a chance of their cords becoming tangled.

So doctors decided that at 34 weeks it was time for a C-section “as the doctors didn’t want to risk them getting any bigger; I was huge at this point.” The boys were delivered last August.

Born 36 seconds apart, they were small but not tiny, tiny. They had fluid on their lungs and were struggling to breathe.

Haley told Hartley-Parkinson that while she was discharged quickly (three days after the twins were born), “the boys had to stay in the hospital for three weeks before we could finally bring them home.” Needless to say, “leaving them there was the hardest part.”

Five months later, Haley told the reporter the boys “are now doing really well and are growing so fast, and Charlie and I know how lucky we are to have them both here.”

She added, “When they get older we will tell them how special their bond is.”

Editor’s Note: This article was first published at National Right to Life on January 31, 2017, and is reprinted here with permission.