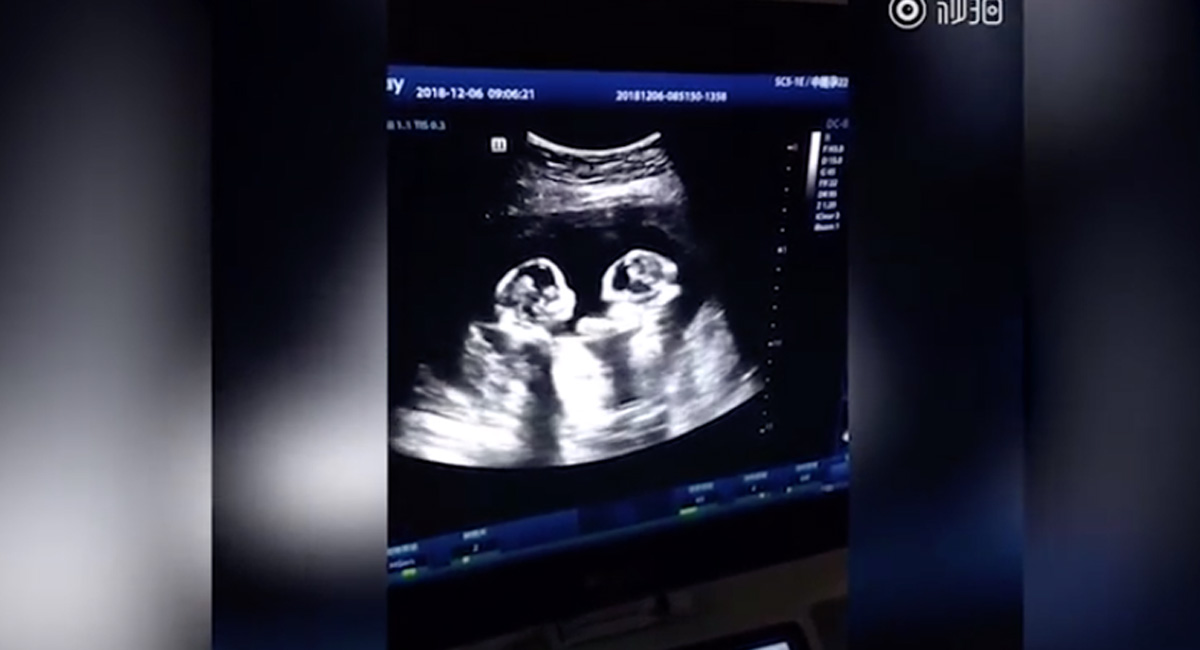 Twin sisters in the womb, who were born healthy this year, were already doing before birth what siblings always seem to do once out of the womb: fight with each other.

“Cherry” and “Strawberry,” as they are nicknamed by their parents, were born in Yinchuan, China, four months after their father took this video at their ultrasound appointment, in which the girls appear to punch each other in the womb. They weighed 4.3 pounds and 3.57 pounds. Experts say that while the event caught on video may seem comical in nature, there is a danger when twins are monoamniotic — meaning they share the same space. “It can be dangerous because it is like the twins are growing in the same ‘room’ when normally twins develop in two ‘rooms’,” the director of the prenatal center told the UK Mirror. “It happens once in every 30 million cases.”

With monoamniotic twins, “the children’s umbilical cords can become entangled and cut off blood flow,” according to The Blaze. Doctors have to balance the risk of cord entanglement with that of delivering the twins too early.

While abortion proponents frequently claim that children in the womb aren’t really people (for lacking whatever qualities in addition to human DNA that these abortion supporters believe must be present to make someone “human”), videos and stories of twins like this one prove that these children are distinct human beings with personalities and interactions in the womb.