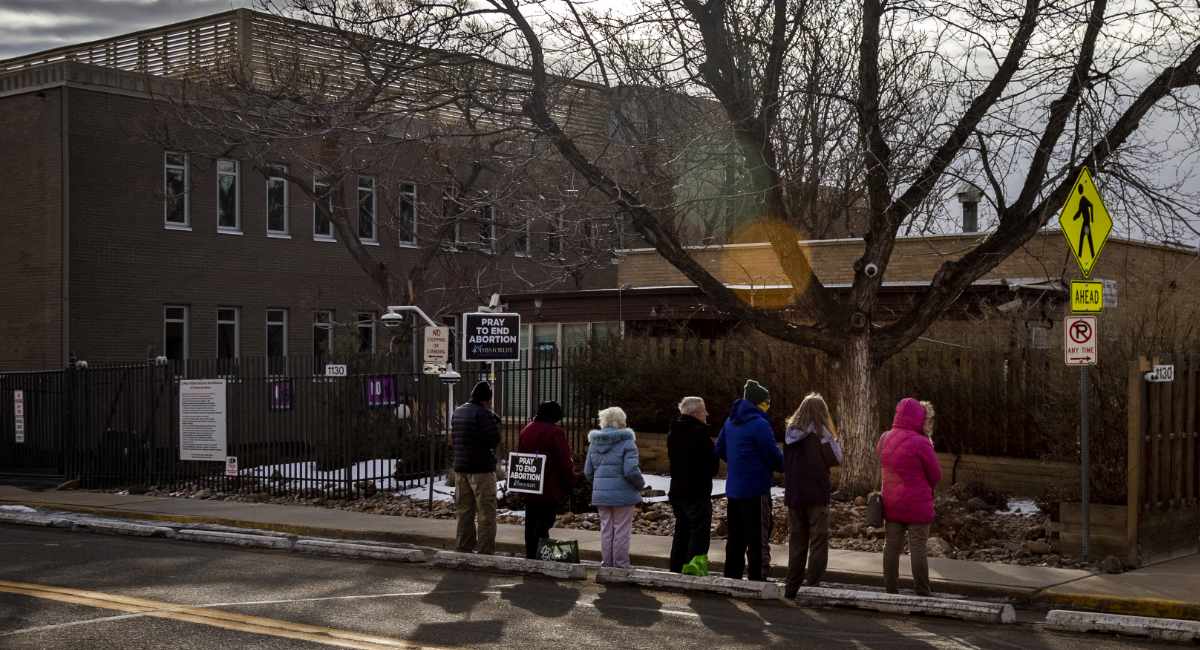 As abortion advocates continue to fight to expand abortion at all costs, a new tactic that’s gaining ground internationally is the establishment of “buffer zones” — restricted areas around abortion facilities where pro-lifers are prohibited from ministering or even praying. These buffer zones are an attack on free speech and freedom of assembly, and they purposely limit any help offered to pregnant women. They also confirm what many in the pro-life movement have known all along: abortion advocates don’t want women to have a choice; they want more abortion.

Countries at the forefront of the fight to limit speech

The push to establish buffer zones is being seen not just in the United States but in Europe, including the following countries:

While there is no national movement in America to enact buffer zones around abortion facilities, sidewalk counselors face an increasing threat in the U.S. as well, as the FBI and the Department of Justice crack down on pro-life outreach. Local jurisdictions, like those in Seattle and Maine, are creating their own buffer zone laws, though these laws are more likely to be challenged in the courts in the U.S.

A lifeline of help

Given the increasing legislation against sidewalk counselors, an outsider might assume these pro-lifers are violent or offensive. But while the pro-abortion side deceptively pushes this portrayal, it’s almost never the case. Sidewalk counselors and prayer warriors are overwhelmingly peaceful, prayerful people witnessing for life. They often join in prayer outside abortion facilities, engage in conversation with women who may be entering, and offer life-affirming help and assistance when it is needed.

Many times, this help is favorably received (as is seen in this recent video from a young couple whose child was saved by Pennsylvania pro-lifer Mark Houck). Countless families have thanked pro-lifers for the help they have offered, which enabled them to choose life for their children.

“I thank all you guys for being out here,” a father named Noe told pro-lifers after their presence influenced his wife’s decision not to abort. “I thank you guys so much, man, because honestly, you guys changed our mind. I feel like if you guys weren’t here that day we probably would have stepped in there.”

“Thanks to the help I was offered by a group outside of a clinic before my appointment, my daughter is here today,” recounted UK mother Alina Dulgheriu in 2020 as she testified against buffer zones. “Refusing this charity from offering much-needed services and resources for women in my situation is wrong. Let them help.”

The stories of those who have been helped and chosen life for their babies are the real impetus behind the buffer zone push. When sidewalk counselors can offer prayer and assistance, women choose life — and that hurts the abortion industry’s bottom line.

The attack on freedom punishes women in need

Prohibiting a pro-life presence outside abortion facilities is an attack on freedom of speech, freedom of assembly, and, in some cases, the freedom of religion, and it’s a blatant attempt by the abortion side to silence the opposition. Abortion advocates are limiting these freedoms under the guise of protecting women from the “coercion” of those in the pro-life movement.

“Prayer is not freedom of expression if the end result is to coerce,” a spokesperson from a Spanish pro-abortion group claimed.

But, contrary to the narrative, offering a woman choices and praying for her is not coercion. Indeed, one study has found that nearly 74% of post-abortive women were actually coerced to abort — even though 66% admitted feeling that abortion is wrong. This means that many women who are entering abortion facilities are likely not doing so because they have an active desire to kill their preborn child but instead feel pressured and believe they have no other option.

Pro-lifers should have the freedom to offer these women another choice. Taking that freedom away is not helping women — it’s pushing them further into a decision they may later regret.

What happened to “choice?”

Though abortion supporters have historically been categorized as “pro-choice,” the fight for buffer zones is part of a larger push to ensure that a woman’s only choice is abortion.

Abortion is a procedure that ends the life of a preborn child with the potential for lasting physical and mental trauma for the mother. Despite this, many women have no idea what the abortion process actually entails. There is little to no informed consent, meaning women don’t understand the risks or the lasting consequences, and they aren’t offered any information that could cause them to change their minds.

Limiting the amount of information a woman receives is not doing a service to women, nor is it ensuring that they have informed consent. When a woman knows she has other options — when she knows that someone is outside, willing to help her — she’s more likely to pause and want some time to consider.

A general lack of information is one of the reasons why sidewalk counselors play such a valuable role. They are there to immediately provide help and offer assistance, and can often connect women with local pregnancy resource centers. There, a woman will receive all the information she needs to make an informed decision about abortion. Not only that, she’ll be offered resources like prenatal care, baby formula, diapers, clothes, furniture, and more. These PRCs provide the love, support, and resources that women need to choose life — things these women will never find within the walls of an abortion facility.

A movement to hide the truth

If the pro-abortion movement truly cared about women and really believed that abortion is nothing more than routine health care, as they say, they would not work so hard to limit the information and alternatives offered by the pro-life movement. The very fight to implement anti-free speech buffer zones shows that abortion advocates know that when women learn the truth about abortion and recognize that there is help available to them, they often change their minds and choose life.