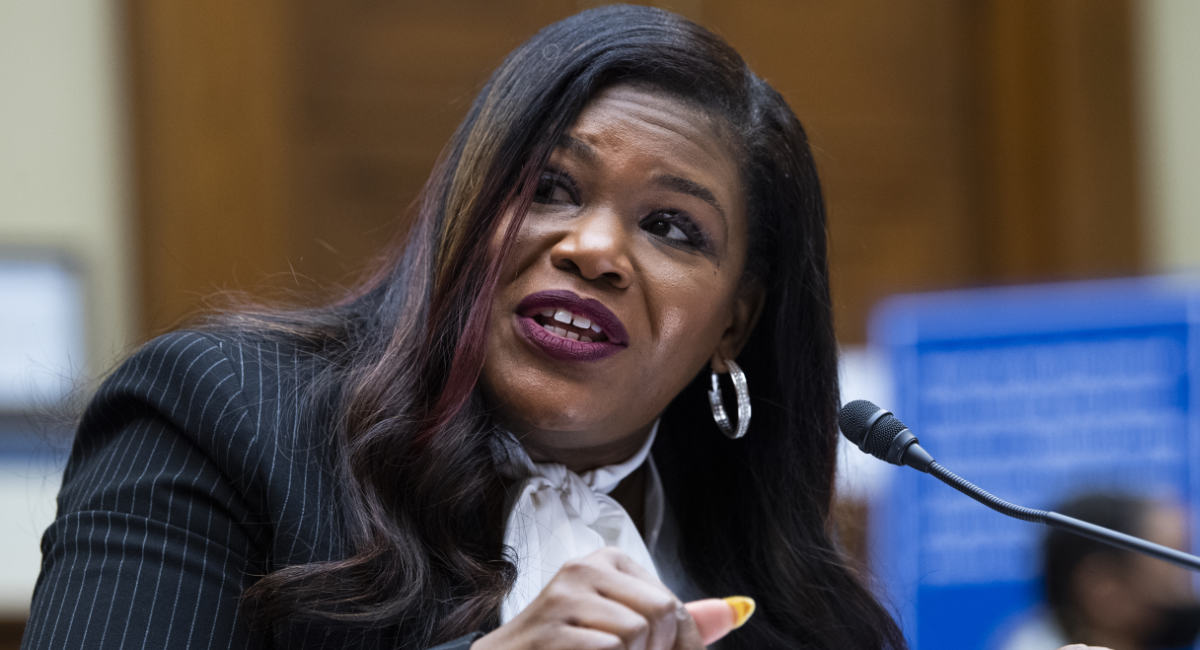 Congresswoman Cori Bush (D-Mo.) recently began sharing the heartbreaking story of her sexual assault and subsequent abortion. She detailed the rape along with her life situation at the time and even spoke of the racism she experienced at the abortion facility. And while her intention was to point out the purported necessity of abortion, she instead showed the world that women don’t necessarily want the abortions they have — and that the abortion industry sees women and their preborn children as dollar signs.

In her testimony on September 30 before the Committee on Oversight and Reform, Bush said she was raped on a church trip when she was 17 years old. A month later, she turned 18, and shortly after, she discovered she was pregnant. She said she was broke and alone and tragically blamed herself for the assault. She went to an abortion business where she learned she was nine weeks pregnant.

According to the Endowment for Human Development, at this point, Bush’s baby could suck her thumb and bend her knee if the sole of her foot was touched. Her hands, feet, and face were sensitive to light touch and she could sigh, stretch, open her mouth, and move her tongue. But it’s likely the abortion facility staff never gave her this information and allowed her fears to control her decision.

“How could I make this pregnancy work? How could I, at 18 years old and barely scraping by, support a child on my own? And I would have been on my own,” said Bush. “I was stressed knowing that the father wouldn’t be involved and I feared that my parents would kick me out if they knew. My dad was a proud father, always bragging about his little girl and how he knew I would go straight to college and become the Attorney General. With no scholarship intact and college out of the picture for the foreseeable future, I couldn’t bear the thought of disappointing him again.”

Bush, like many women and girls who choose abortion, didn’t do so out of desire but out of fear. Bush chose abortion because of the pressures she faced. She worried that her parents, otherwise loving, would somehow become unloving and kick her out. She worried she would disappoint them and be a broke and alone single mother.

Bush went on to say that when she arrived at the abortion facility, she was treated horribly because of her race.

“There were a few other people in the waiting room, including one other young Black girl. I overheard the clinic staff talking about her saying she had ruined her life and that’s what they do — they being Black girls like us,” she said. “Before the procedure, I remember going in for counseling and being told that if I moved forward with this pregnancy my baby would be ‘jacked up’ because the fetus was already malnourished and underweight. Being told that if I had this baby I would wind up on food stamps and welfare.”

As reported by Vanity Fair, Bush said the abortion counselor “was almost angry. The way she was speaking to me, it was very belittling and degrading. I didn’t know why she was directing all of that onto me. I felt like I wasn’t given an opportunity to make a decision. I felt like I was going to go in there and that person was going to be warm and welcoming and telling me about, like, if this was the right decision for me — not that it was their decision to make — but I felt like, if I’m not supposed to do this, I’m gonna hear that in this conversation.” But she didn’t hear it and so she went forward with the abortion.

It’s as if Bush was craving one single voice who would speak hope to her. That voice never came.

This is a clear example of how the abortion industry treats women. Women and their preborn babies are treated as if they don’t matter — what matters is that the industry profits financially from abortion.

Bush continued, “I was being talked to like I was trash and it worsened my shame. Afterwards while in the changing area, I heard some other girls, all white, talking about how they were told how bright their futures were, how loved their babies would be if adopted, and that their options and opportunities were limitless. In that moment, listening to those girls, I felt anguish and like I had failed.”

Bush said that the experience of abortion “was a very, very cold situation.” She said when she left, the car was swarmed by pro-lifers — something that pro-life sidewalk counselors typically do not do. “I remember thinking… You’re yelling at me, but you don’t know my story. You’re not going to help me with this baby if I had the baby. I felt like there was no mercy, coming from people that didn’t even know me.”

Bush was wrong in her assumptions about pro-lifers. If her parents had kicked her out, pro-life organizations would have been there to help her, had she known about them. Pregnancy centers educate women and give them the confidence to choose life. They walk with women and girls so that they aren’t alone or afraid. They show them that they are capable and that having a baby is the beginning of a new chapter, not the end of their world.

But Bush’s time in the abortion facility wasn’t the end of her abortion story.

“When I went home, my body ached and I had heavy bleeding,” said Bush. “I felt sick, dizzy, and nauseous. I felt like something was missing. I felt alone, but I also felt resolved in my decision.”

She also told Vanity Fair, “That was the beginning of a very, very dark period… that was the darkest period of my life.”

Bush may have felt that abortion was the right decision, but is that because she felt it was her only decision? With the pressure to abort so intense, did she ever believe for even a moment that she could have chosen life?

She went on to encourage other Black women and girls who have experienced or will experience abortion, telling them, “We live in a society that has failed to legislate love and justice for us. But we deserve better. We demand better. We are worthy of better.”

And she’s right. Women and their babies are worthy of better. The government that she is a part of is failing women by moving to fund abortion instead of funding all of the things that could help women choose life like they want to do.

The millions of dollars being funneled to the abortion industry from federal and state governments could cover the cost of housing, baby gear, maternity clothes, formula, and so much more. But instead, America’s abortion giant, Planned Parenthood, has received $6 billion from U.S. taxpayers while accumulating $1 billion in excess revenue over expenses in just the last decade. Perhaps if pro-life pregnancy centers and maternity homes received the millions of taxpayer dollars that Planned Parenthood is given, then women wouldn’t feel forced to choose between their baby’s life and their fears and goals. Instead, PRCs are left to raise nearly all of their own funds, which they then use to provide free services to families.

Bush could use her horrible experiences to send more women into a place of light and hope — not into the dark place where she once was. She could help them to break free of the oppressive and sexist idea that certain women are incapable of being mothers. Perhaps one day, she will understand that abortion does not free women. The act of killing one’s own child hurts each woman, just as it hurt her. Far too often, support for abortion comes from a place of desperation and pain, and a desire to justify one’s own choice to end a child’s life. Bush’s story is a perfect example of that.