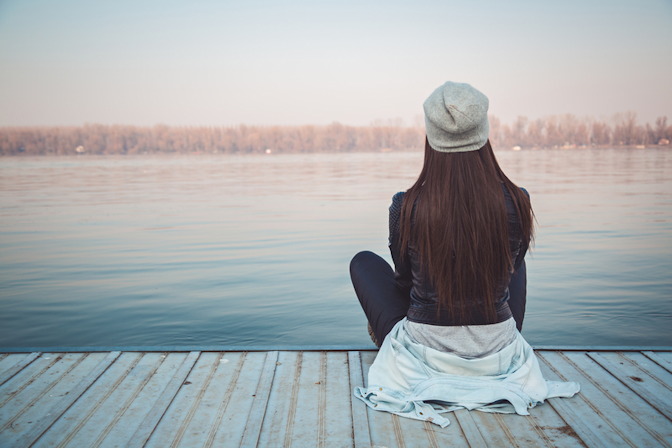 No matter what you’ve been told or led to believe, it wasn’t your fault.

While you may have suffered physical abuse — the most obvious kind of abuse — there are other ways women can suffer abuse from an intimate partner. Emotional abuse, verbal abuse, financial abuse, sexual abuse, and other forms of abuse that don’t leave physical bruises can be just as devastating, if not more difficult to recover from. But you need to know that you’re not alone. According to a charity seeking to end violence against women, statistics show that “35% of all women who are or have been in married or common-law relationships have experienced emotional abuse and 29% of women have been physically assaulted by their male partners.”

You may have been pressured into sex by a man who made you feel as if you owed it to him, or made you feel as if he really loved you, and insisted that sex was the best way to show him your love. You may have been abandoned, threatened with abandonment, or coerced into an abortion if you became pregnant by that man. You may have found yourself trafficked or abused by an acquaintance, family member, or someone you trusted. You may have risked seeking help from mandatory reporters, but received none. You may still be in an unsafe situation, or you may have escaped it and now you’re left picking up the pieces of a life you never imagined for yourself.

If you’ve been sexually assaulted or trafficked, the Rape, Abuse & Incest National Network (RAINN) has a list of resources to help you, as does the National Center for Sexual Exploitation. If you’ve become pregnant as a result of sexual assault, you may be feeling pressured to have an abortion you don’t want. The United States Conference of Catholic Bishops notes some statistics that may surprise some, writing, “The abortion rate among rape victims (50 percent) is not substantially higher than among all women who report an “unintended pregnancy” (40 percent). The majority of those who decided against abortion chose to raise their child, while a small percentage opted for adoption.”

Sometimes well-meaning individuals insist that abortion is the best choice for women who become pregnant through rape, abuse, or incest. But as stated above, half of women becoming pregnant in such a circumstance choose to give birth to their children. OptionLine (800-712-4357) can get you in touch with people who will help you think through all of your options.

Jennifer Christie and her son

Jennifer Christie was raped on a business trip, but chose life for her son, with the support of her husband and her other children. Speaking at the Iowa State Capitol, Jennifer had this to say about her son and the circumstances of his conception:

There is no forgetting. No woman is ever going to forget what happened to her. I’ve been told so many times that ‘if you’d just had an abortion, you wouldn’t always have this reminder hanging over your head.’ This ‘reminder’….

Is my son a reminder? He absolutely is! He’s a reminder everyday that as women, we can rise above our circumstances. He’s a reminder that love is always stronger than hate, and who we are as human beings is not determined by how we were conceived.

A woman at her most broken needs hope and help and love and people rallying around here. She does not need violence on top of violence, tragedy on top of tragedy.

I’m here tonight, one woman, but I speak for most of us when I say, stop calling my son a ‘rapist’s child’! Stop calling him ‘evil seed’ and ‘child of the devil’, he is MY son. And he has a right to be here.

Jennifer rightly points out that while survivors never truly forget the trauma of being raped, abused, or trafficked, sometimes healing can come in unexpected ways.

The road to healing and wholeness may be a long one, but it will be worth it. You’re not alone. Take the first step, and reach out.