(Save The 1) “You can never make me regret my abortion” — the sign was small and unobtrusive. It was written on vanilla construction paper — the kind that kindergartners use to practice writing their names on in sprawling and uncertain letters. I almost expected the “R” in “regret” to be printed backwards.

She held her sign low. She couldn’t be older than 20. She wasn’t exactly #shoutingherabortion, which I found odd considering she is someone who insists she wouldn’t ever have regrets. I didn’t see anything resembling peace on her face, not contentment nor joy nor even anger. There was just… emptiness. I wanted to hug her, but I didn’t think it would be well-received. 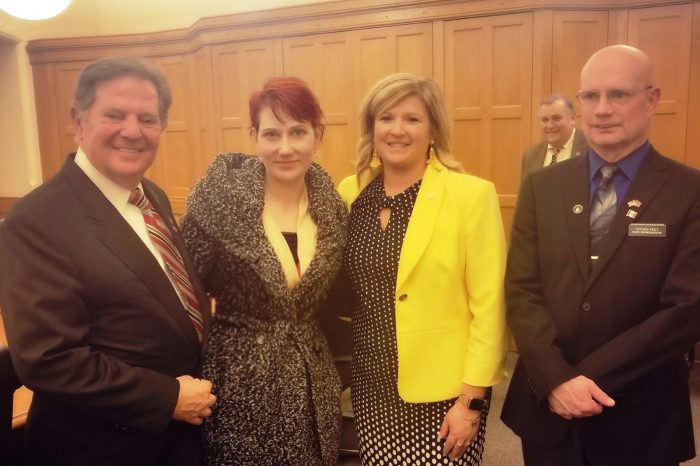 A groan rose from the pink Planned Parenthood shirt-wearing horde. Projected on a screen toward the front of the rotunda at the Iowa State Capitol building was a woman giving her pro-life testimony. In her allotted three minutes, there were jeers and boos, laughter and scoffing. Outside of the hearing room, we were outnumbered. I could see that. But we had truth on our side. And never in history has the path to righteousness run smooth.

It was only a few days prior that I had received a Facebook message asking if I would be willing to fly to Iowa and testify at the state Capitol building before legislators in support of the proposed Heartbeat Bill. I would be speaking to prevent an amendment from being added for a “rape exception.”

Before I could contemplate how my life has become incredibly surreal as of late, I found myself sitting at a small table next to the CEO of Planned Parenthood Iowa with far too many cameras staring at us. Seconds before it was my turn to testify, the notes I had taken with the key points I planned on making crawled somewhere into the recesses of my brain and hid. Maybe it was the palpable anger in the room directed at those of us speaking for life? It could have been the urgency of a law which was going to be decided imminently and, if passed, would save tens of thousands of babies. Maybe both? Or it could have just been the trembling from the frigid government building which insisted on running central air when it’s 12° outside.

Regardless, I knew why I was there. I knew what I wanted and needed to say and didn’t need a memorized speech. I needed a willingness to to bare my heart. That, I could do.

My name is Jennifer Christie,

Four years ago, I was brutally attacked in a hotel room – beaten, tortured, and raped . . . my body thrown in a stairwell.

I’m part of a global organization called Save The 1. Save The 1 is mothers from rape, adult children who are conceived in rape. And it’s this people group who I’m talking about — the conceived in rape who are targeted, it seems, for eradication. This doesn’t make sense to me because the Supreme Court already decided that for a rapist to be punished with death is considered cruel and unusual punishment and yet somehow . . . somehow, we’re okay with killing the children — who were not even in existence at the time the crime was committed.

I’m here tonight to bear witness to the lies that I heard and the lies that I was told: that if you just abort, everything will be okay and you’ll forget.  If you just abort, then you can move on. There is no forgetting. No woman is ever going to forget what happened to her. I’ve been told so many times that ‘if you’d just had an abortion, you wouldn’t always have this reminder hanging over your head.’ This ‘reminder’….

Is my son a reminder? He absolutely is! He’s a reminder everyday that as women, we can rise above our circumstances.  He’s a reminder that love is always stronger than hate, and who we are as human beings is not determined by how we were conceived.

A woman at her most broken needs hope and help and love and people rallying around here.  She does not need violence on top of violence, tragedy on top of tragedy.

I’m here tonight, one woman, but I speak for most of us when I say, stop calling my son a ‘rapist’s child’! Stop calling him ‘evil seed’ and ‘child of the devil’, he is MY son. And he has a right to be here. Do NOT use me and my rape and my story and the story of all of us mothers from rape who love our children as a banner — as a banner to hide behind and excuse the genocide of the innocent! We love our children.

The first time I saw my son’s heartbeat was on an ultrasound. It’s the same heartbeat that beats in his three year old body today. He’s an exceptional child, but he is NOT an exception!

I couldn’t control the trembling in my voice and was only narrowly holding back tears. I intended to appear calm and poised, but the moment I began speaking, I felt the weight of the lives of the people I brought into that room with me. Faces and voices brushed past my heart: Fellow mothers from rape. Women who aborted after rape and spent years covering deep scars with hollow, painted-on smiles. My best friend who was conceived in rape and only exists because the laws in place at the time protected her.

I wasn’t just there for my precious blue-eyed moppet. I was there for us all.

This leads me to a burning question: Why don’t we regularly hear from mothers from rape and their children at all of these hearings? Shouldn’t we be represented? Don’t our voices need to be heard? We know that in any debate regarding abortion, two minutes won’t go by before someone says “But what about in cases of rape?” Doesn’t it only make sense to consult someone with experience? It’s time we we heard. And not just at ONE public meeting in ONE state. Mothers from rape, the rape-conceived, the so-called “hard cases” that are being considered as exceptions to legal protection should have the right to representation! It is their very existence that is being determined. Why aren’t we being invited to testify before U.S. Congress where most pro-life bills are riddled with exceptions?

Furthermore, what will it take for the no exceptions Heartbeat Bill to warrant a full committee hearing before Congress? We need a congressional hearing which includes a mother like me who will speak the truth against the barrage of lies thrown at us by social media and the entertainment industry, politics and liberal education.

Even in many churches, our voices are needed. We are the weapons which no one sees coming — swords of truth just waiting to be unsheathed. With more than 600 of us available through Save The 1, when will we receive our marching orders so we can be deployed?

Later that night, I was alone in my hotel room. (Four years after the assault, staying in hotels can still trigger my PTSD if I’m not very careful.) Keeping my mind focused, I was pondering whether anything I said would resonate with… well, ANYONE. I wondered if my words would have any kind of impact.

Then I got a message from another member of Save The 1. Jim Sable, conceived in rape — born while protected during the era before Roe v. Wade, was planning to be in Iowa to testify, but the last spot was filled, so he wasn’t able to attend. However, he did see the video of my testimony:

“Superb, Jen!”, he wrote. “The points you made were powerful and heartfelt. You defended my right to life.”

His right to life…. That really struck me — the most basic of all human rights, potentially denied for circumstances beyond his control. I realized if things didn’t change, my son could experience what Jim just did. One day, my boy would have to listen to someone tearfully beg lawmakers to recognize his very humanity.

The message from Jim cemented my resolve once again to NOT go gentle into that good night (as has been suggested so often by many.) Instead, I will rage — rage against the hypocrisy of being hated by the other side for my “choice”, and I will continue to be a presence in this battle.

Speak — for those who are at risk of being forever silenced.

Stand — on behalf of the ones society deems disposable.

Louder than your own self doubt as to whether your voice matters.

There are no exceptions.

We are all, in our own way, EXCEPTIONAL. 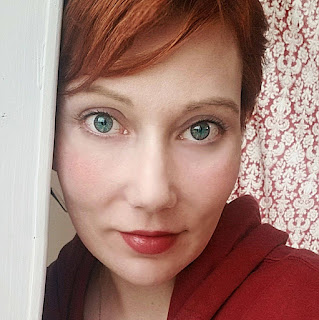 BIO:  Jennifer Christie is an international pro-life speaker for Save The 1.  Her story Raped While on a Business Trip – My Husband and I Chose Life! went viral after it was published on our blog, in Live Action, Lifenews and Lifesitenews, along with various other publications, with over 1 million shares to Facebook.  It’s been translated into many other languages and has appeared across the globe.  Readers were touched by her fierce protection of the life of her innocent son, as well as her husband’s loving response upon learning she was pregnant from the brutal rape.

She wrote a follow-up story, Raped, Married and Pregnant:  When People Said We Shouldn’t Have You, We Loved You Louder, and her husband Jeff also wrote out their story from his own perspective:  My Wife and I Both Saw This Baby As Something Beautiful Coming From Such Evil.  The latest update of her story — with the rapist-murdered having been killed is My Son Was Never a “Rapist’s Baby” or “Product of Rape” – He’s My Child.