(Save The 1) Let’s talk about it. The issue that frequently splits the pro life community –

Except In Cases Of…

Is this you? Do you make exceptions for abortion in certain cases? Are you one of those “I’m as pro life as they come, BUT..”

Life has intrinsic value or it does not.

The problem is that the word “rape” is so loaded and conjurs such a visceral response that when the other side brings it up, our logic tends to muddy. We feel maybe this is the one time…. Maybe… After all- compassion. I was there. Then I crossed over to here. I became a statistic. When that happened, a lot of things became clear. Chief among them, we are being lied to.

I don’t like being lied to. Keep reading. I’ll explain.

And nothing in my life has ever been the same.

1. “But if she keeps the baby, she’ll always have this reminder.”

Know what else? If she DOESN’T keep the baby, she’ll always have a reminder. Without one of those “Men in Black” memory wiper gizmos, a survivor’s memories of the attack are pretty much a parting gift you can count on. Although just as one’s children from an abusive marriage are often seen as the bright spot to come from that union and cherished as such, so is the child from rape.

2. “She’ll see her rapist’s face in her child and hate the child.”

Not typically. I can tell you that I know dozens of mothers from rape and have messaged with probably hundreds. Some have children who grow to look like their assailant. They may have to work through this internally but they’ve never turned on their child.

By this reasoning, ANY woman with resentment towards her husband is at serious risk of damaging her child. The smallest demographic that we’d need to be worried about is mothers from rape!

Therapy. Therapy can be your friend. I’m just saying.

It’s not woman, actually. It’s WOMEN. 75-80% of the 32,000 women per year who become pregnant after sexual assault bring their child into the world. Additionally there are women who immediately regret their abortions. The numbers keep growing. So… us.

4. “It would be so traumatic for her to carry the pregnancy.”

To be clear: What we’re saying with that statement is that a woman who has just suffered unspeakable violation and violence will be best served by…violence and death. Mmkay.

Either lie on a table and get ready for someone to once again invade your body, this time vacuuming out your child, piece by piece, and you’re then left to cramp and bleed and think about what just happened..

Or you’re given a pill where you can suffer cramping and bleeding alone as bits of your child slip from your body in small pieces over several hours or days and you may have to be vacuumed out anyway….

To those who believe this is compassionate, does it sound more gentle than carrying unconditional love and innocence? Can you try to imagine how empowering it is to protect someone when you couldn’t protect yourself?

(And there’s really no other time in life when you have a legitimate excuse to request fried pickle chips for breakfast.)

This is the most common criticism I get. (Sometimes “rapist” is replaced by “raper.” You saw that right. Raper.)

The problem with it, other than – Ok, RUDE- is that it’s completely unfounded. Raping isn’t a genetic activity. There is no “rape gene.”

Yes, I’ve read the 2014 study out of Finland that found that out of 900 violent criminals, 5-10 % had a certain combination of the same genes that researchers think might make someone more predisposed to violent behavior given poor lifestyle choices, upbringing, and environment. (From the research firm of ‘Things That are Already Obvious’ maybe?) It’s like the psychiatric and medical community have concurred some time ago:

Rapists are made, not born. 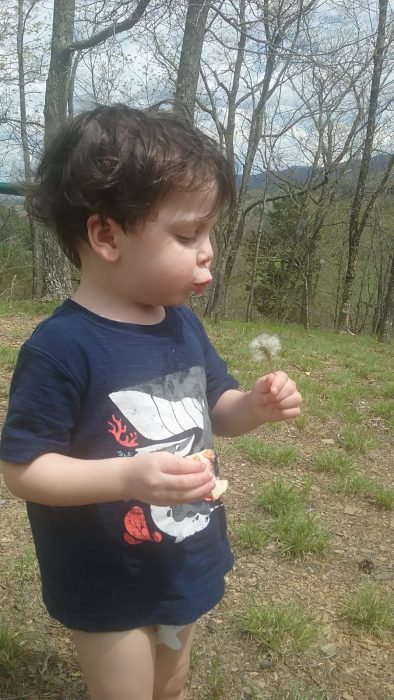 Even if there were a genetic link, how does that justify abortion? We don’t prosecute for crimes that could potentially be committed.

Peace and blessings to you all today. ❤️