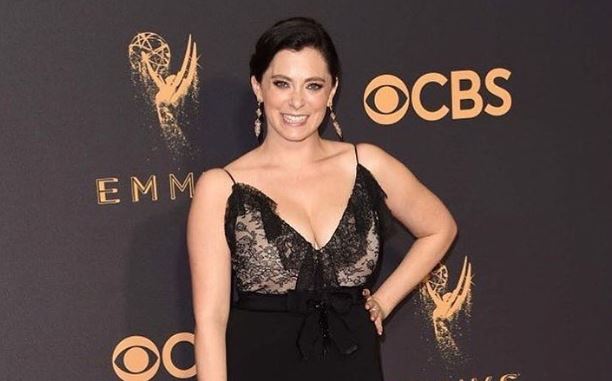 Actress, singer, songwriter, writer, and now Emmy award-winner Rachel Bloom announced as she accepted her award that she is pregnant.

After winning her award for best original music and lyrics for her song “Antidepressants are so not a big deal,” she was asked in the backstage press room about what her next project might be. “I’m three months pregnant and I get to tell my child she was with me when this happened, which is pretty f–king cool,” she said, according to E! News. Bloom later confirmed the news on Instagram: “WE WON AN EMMY!!!!!!! also btw I’m pregnant.”

Bloom’s excitement and the way she speaks of her preborn child is lovely. It’s a feeling that anyone who has been blessed with a child can wholeheartedly appreciate. But her announcement is tinged with more than a little irony as Bloom has been an outspoken proponent of abortion in much of the media she has been involved with to date. Most recently, she starred in a skit on the Jimmy Kimmel show that takes aim at pro-life laws passed in states such as Georgia and Alabama. The skit features Bloom playing a woman in a faux advertisement for “morning after” pills who finds herself without “options” because of “abortion bans,” and ends on a shot of her dressed like a character in The Handmaid’s Tale.

The show on which she won her Emmy, Crazy Ex Girlfriend, includes an episode prominently featuring an abortion subplot. The titular character’s best friend, Paula, discovers she’s pregnant on the eve of her acceptance to law school, her lifelong dream. The subplot plays like a Guttmacher statistic: Paula is a married woman with two children, and she decides she just can’t have a baby and go to school – which is sexist. The abortion is not shown, but is passed off as no big deal. A scene at the end of the episode shows her resting in bed while her husband and kids take care of her and answer the door “because [she] just had an abortion,” as her teenage son casually yells.

READ: Actress Milla Jovovich calls her abortion a ‘nightmare.’ But was it an abortion?

Bloom, who also did a series of sketches for Planned Parenthood, seems to subscribe to the idea that preborn children are only “children” if they are labeled as wanted by their birth mothers. It’s an elitist attitude and feeds the idea that one woman’s preborn baby is a human yet another woman’s preborn baby is nothing more than tissue. Bloom admits that her preborn child was with her when she won her Emmy and is excited about that, yet fully supports the killing other women’s preborn children. It’s hypocritical to say that her child deserves life because she is “wanted” but another child doesn’t deserve life because one person deemed him or her “unwanted.” One person’s opinion of us does not change who or what we are, and it certainly doesn’t mean we should lose our rights.

Bloom’s advocacy for abortion comes as the mainstream culture and media have become ever more hostile to life in the womb. National media has routinely portrayed abortion as a woman’s right and even a healthcare issue, despite the fact that abortion is never medically necessary. Even mainstream local news outlets have been aggressively fighting against pro-life state laws, as a recent report indicated.

But as Bloom’s excitement shows us, mothers know they are pregnant with babies, not “fetal tissue” or “uterine contents.” Bloom knows her developing child is a person, whom she is excited to have with her on such a momentous occasion in her life.