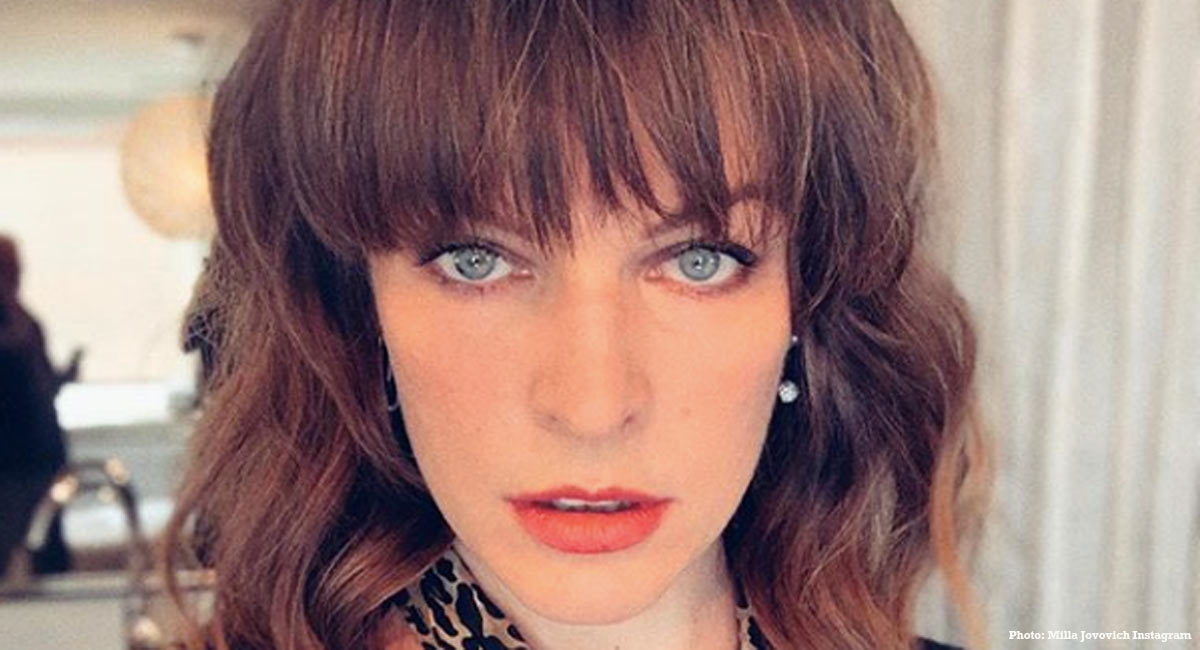 In response to recent pro-life laws passed in Georgia and Alabama, multiple Hollywood celebrities have spoken out about their abortions and how cruel they believe laws restricting the killing of children in the womb are. But every now and then, the abortion stories don’t quite seem to add up.

Actress Milla Jovovich, 43, announced on Instagram this week that she had to have an “emergency abortion” two years ago when she was 4 1/2 months pregnant. But what she describes — simply put — may not have actually been an abortion. She wrote:

Abortion is hard enough for women on an emotional level without having to go through it in potentially unsafe and unsanitary conditions. I myself went through an emergency abortion 2 years ago. I was 4 1/2 months pregnant and shooting on location in Eastern Europe. I went into pre term labor and told that I had to be awake for the whole procedure.

Notice that Jovovich clearly points out here that she “went into preterm labor.” According to two physicians who spoke with Live Action News, this circumstance — preterm labor — shouldn’t necessitate an abortion procedure. Jovovich doesn’t offer further details, but something seems off.

Women need to know the truth. “If a woman goes into preterm labor and delivers the baby before viability, it is certainly an emotional and tragic experience, but it is not an abortion,” Dr. Marguerite Duane, board certified family medicine physician and Adjunct Associate Professor at Georgetown University, told Live Action News. “Preterm labor itself is not an indication for an induced abortion.”

Pennsylvania-based obstetrician-gynecologist Dr. Monique Ruberu agrees. “If she was 4 1/2 months she would have been 18 weeks,” Dr. Ruberu told Live Action News. “If she went into preterm labor at that time the treatment would not have been to abort the baby, it would have been to allow the baby to deliver vaginally with epidural and then help the mom grieve after.” Dr. Ruberu said she has had patients who went into preterm labor (whose waters had ruptured) at 18 weeks and were put on bed rest for more than two months to allow the babies to continue to develop. The patients eventually gave birth to healthy babies.

“If [Jovovich] went into preterm labor and her cervix was completely dilated it could have been due to infection,” added Dr. Ruberu. “But if she had abortions earlier in life, we also see patients with incompetent cervices and preterm deliveries because of the damage to the cervix with prior abortions or LEEP procedures for severely abnormal paps,” she said, adding that since Jovovich isn’t her patient, she does not know the medical history in her particular case.

Dr. Anthony Levatino, a former abortionist, has also gone on record stating that abortion — the direct and intentional killing of a child in the womb — is never medically necessary.

The apparent preterm labor experience followed by the loss of her child in the second trimester understandably left Jovovich feeling traumatized. She characterized it as “one of the most horrific experiences I have ever gone through. I still have nightmares about it. I was alone and helpless.” She adds that she went through severe depression afterward. “I spiraled into one of the worst depressions of my life and had to work extremely hard to find my way out. I took time off of my career. I isolated myself for months and had to keep a strong face for my two amazing kids….”

“The memory of what I went through and what I lost will be with me till the day I die,” she writes, shockingly adding a statement that no doubt caused the heads of many militant pro-abortion feminists to explode. “Abortion is a nightmare at its best. No woman wants to go through that.”

“But we have to fight to make sure our rights are preserved to obtain a safe one if we need to. I never wanted to speak about this experience. But I cannot remain silent when so much is at stake,” Jovovich wrote.

But pro-life laws actually protect both mothers and their children. It’s a lie to claim thousands of women were dying from illegal abortions prior to Roe v. Wade, which legalized abortion nationwide in the U.S. (as Planned Parenthood’s president has claimed) — and it’s a lie to claim that thousands will die if abortion is made illegal again.