One thing the industry knows full well is that when abortion is subsidized by taxpayers, abortions increase. 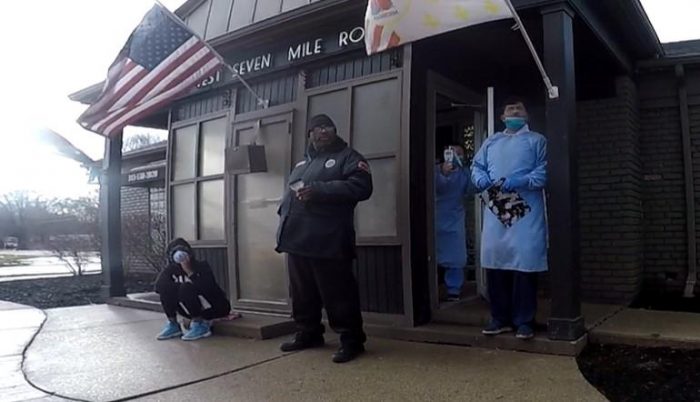 In 2020, the abortion industry expanded abortion pill clinical trials and rolled out a ‘no-test’ abortion protocol under the guise of COVID-19, despite the fact that they had this plan in the works prior to the pandemic. They also pushed to do away with the US Food and Drug Administration’s (FDA) REMS safety protocol in order to flood the market with online DIY abortion pill websites. These websites are essentially becoming pill dispensaries during the pandemic. Also in defiance of the FDA, abortion profiteers including Planned Parenthood began to commit chemical abortions past the approved FDA gestational age limit, knowing the failure rate of the abortion pill increases with gestational age.

In May 2020, the pro-abortion American College of Obstetricians and Gynecologists filed a lawsuit against the FDA, claiming that requiring mifepristone to be dispensed in person during the pandemic constituted an “undue burden” on women seeking abortion. As a result, US District Judge Theodore D. Chuang allowed abortion pills to be distributed without an in-person visit during the COVID-19 pandemic, despite the increased risk to women.

In October, the first online pharmacy in the US announced plans to ship abortion pills to patients across the country during COVID-19. Shortly thereafter, virtual abortion pill dispensaries, largely unregulated and potentially dangerous for the women and girls they target, began to flood the internet. It is likely that more abortion pill websites may pop up, given that the sales of abortion pills are estimated to be nearly $200 million annually — twice as much revenue as initially projected.

In response, Live Action released its “Abortion Pill Kills” report and website, and led a coalition of groups to call on members of Congress to ban mifepristone, the abortion pill, and its generics. Live Action News exposed racist and eugenics motives behind the abortion pill and the glaring conflicts of interest surrounding this dangerous drug regimen.

There is an indication that the economic strain brought on by the COVID-19 pandemic may be financially impacting independent abortion businesses. Recently, Michigan abortionist Jen Villavicencio claimed multiple abortion businesses in her state reduced their hours or closed during the pandemic. Alice Mark, Medical Director for National Abortion Federation also admitted some “independent” abortion facilities were impacted due to aging abortionists unwilling or unable to travel during the pandemic. Spokespersons at the Whole Woman’s Health abortion chain and the Huntsville-based Alabama Women’s Center for Reproductive Alternatives claimed either the travel restrictions or closures also negatively impacted their finances.

In March 2020, the Abortion Care Network (ACN) reported that 92% of independent abortion facilities had “indicated a need for financial support to continue providing care during the pandemic.” ACN also claimed the pandemic impacted staff reductions due to quarantine or illness or reduced surgical abortions. In December 2020, Nikki Madsen, ACN’s executive director, told Vice that finances are leading to clinic closures.

In total, 92 percent of the responding clinics “indicated a need for financial support to continue providing care during the pandemic,” in the words of that March survey.

They said that they’d had to add telemedicine services, as well as pause or reduce services like STI treatment or birth control.

“It is hard to put a positive spin on things right now,” Madsen told Vice. “We are in a really challenging time for abortion rights— the most challenging time I’ve ever seen in my lifetime, frankly.”

Despite financial hardships and potential closures among independent abortion facilities, abortion insiders openly admit that Planned Parenthood is uniquely poised to weather the pandemic. After all, the abortion corporation receives over half a billion taxpayer dollars every year, netting millions in excess revenue as a result.

Planned Parenthood has been mired in scandals, accusations of fraud, and is presently “steeped in white supremacy” and racism. Still, the media gave them a pass when Planned Parenthood put out a call for PPE at the start of the pandemic, knowing it was in short supply, and then used the pandemic as a scapegoat for issuing sweeping lay-offs.

In April 2020, Planned Parenthood used the COVID-19 pandemic to roll out a nationwide telemedicine program likely to increase abortion pill sales. Planned Parenthood provides about half of all chemical abortions, and abortion is a significant source of the corporation’s revenue.

Despite numerous lockdowns and shuttered businesses, Planned Parenthood is also expanding its abortion market share, (currently committing at least 40 percent of all abortions in the US), a trend that has been years in the making.

Only days ago, Planned Parenthood’s president Alexis McGill Johnson told the Washington Post that abortion is “critically important” to what the corporation does. In addition, despite years of falsely claiming abortion was a small part of the corporation’s services, McGill is now suggesting that this language “stigmatizes” abortion.

“We are a proud abortion provider,” the Planned Parenthood president stated.