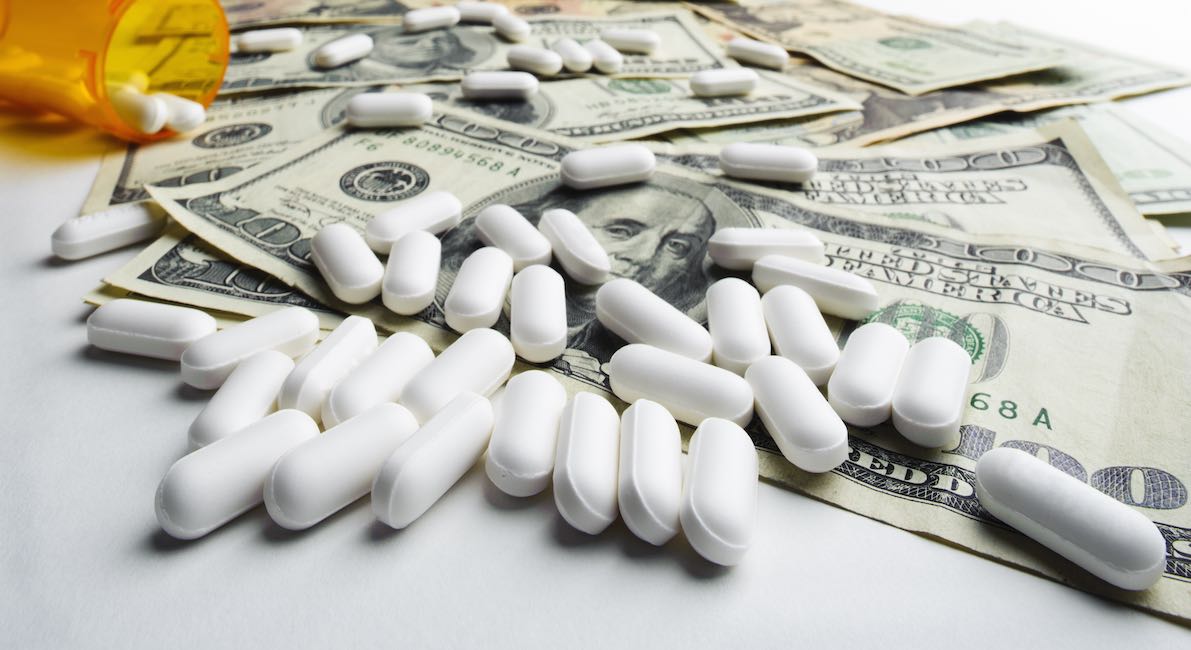 Based on facts and figures from sources such as Planned Parenthood, the Kaiser Family Foundation, and the University of Calfornia San Francisco, Live Action estimates that the abortion industry is grossing nearly $200 million annually in abortion pill sales — twice as much money as initially projected — with Planned Parenthood alone taking in approximately half of the sales.

The cost of these abortion pills — which consist of mifepristone (brand name Mifeprex) and misoprostol, averages under $100. However, they are sold to abortion clients at nearly six times the cost. There is too little involvement of abortion providers in the abortion pill process to account for such a sizable markup. What previously passed as ‘abortion care’ has since been reduced to little more than a “drive-thru” abortion pill service while cost to abortion clients remained almost identical to that of a surgical abortion. 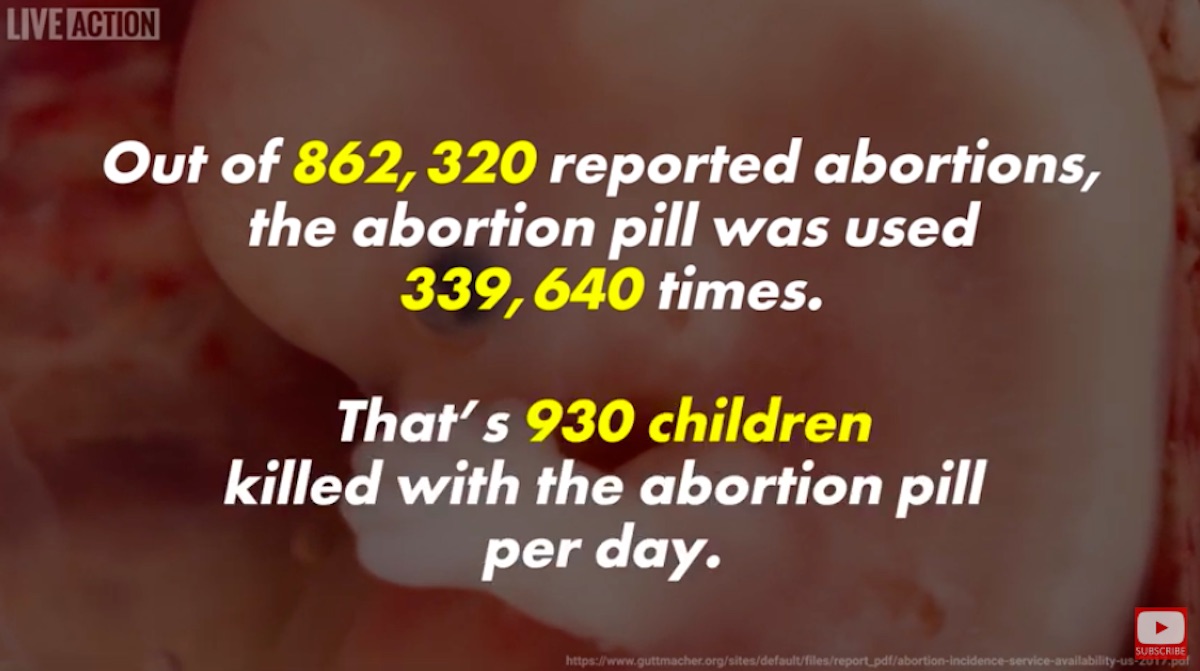 According to a slide presentation from Jess Beaman, MD, MPH (shown below) on file at a University of California San Francisco (UCSF) course website, Mifeprex costs providers between $80 to $100 to purchase from Danco and even less ($50) from the generic GenBioPro.

Misoprostol, the second drug in the abortion pill regimen, is estimated at a cost of about $10. But according to a Medicaid coding index published by ReproductiveAccess.org, if the taxpayer funds misoprostol, the cost could be reduced to approximately $1. The index states in part, “The cost of misoprostol is around 60 cents per pill… (For example, the cost in NYC is $1/pill.)” The website notes that discounts to providers are also available from the National Abortion Federation (NAF) through NAF’s group purchasing program. 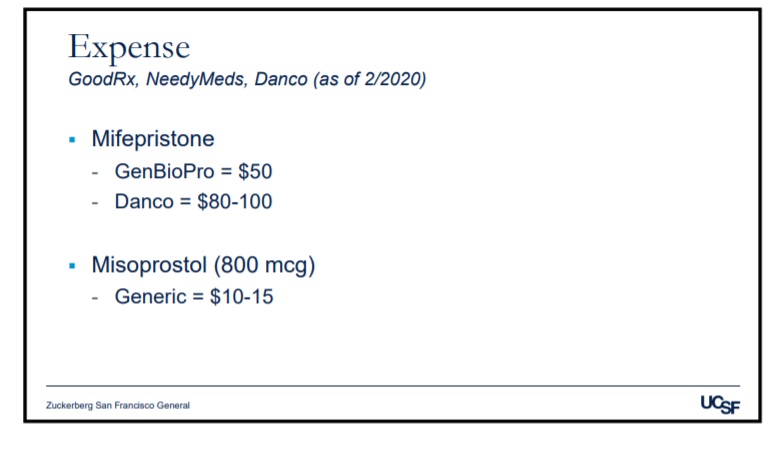 The information on the slide echoes claims made by various individuals and publications:

In 2017, Planned Parenthood’s former research arm, the pro-abortion Guttmacher Institute, reported a total of 862,320 abortions, estimating that 88 percent (758,841) occurred in the first trimester. Guttmacher has also reported that 40 percent of all abortions (339,640) were chemical (abortion pill) abortions. They wrote, “In 2014, the average amount paid for an abortion with local anesthesia in a nonhospital setting at 10 weeks’ gestation was $508. The average paid for an early medication abortion (up to nine weeks’ gestation) was $535.”

This translates into massive sales for the industry, nearly $200 million for medication abortion and $400 million for all first trimester abortions combined.

There is significant profit to be made from abortion. In 2018, Planned Parenthood committed its highest recorded number of annual abortions — 345,672 — and committed 40 percent of all abortions in the U.S. Each year, the corporation receives over half a billion taxpayer dollars and reports massive amounts of excess revenue. Nearly every year since 2000, Planned Parenthood’s revenue has exceeded its expenses by tens of millions of dollars.

A Live Action News analysis found that in 2017, the corporation’s estimated abortion revenue reached over $190 million, which means that 52% of Planned Parenthood’s non-government health services revenue comes from abortion.

Live Action’s investigative report on the abortion pill has documented how the abortion industry has increased its push for DIY, at-home abortions. The industry recently endorsed a so-called “no test” abortion pill protocol, which flouts the FDA’s safety protocols and was planned well before the COVID-19 pandemic. In July, the industry also successfully used the pandemic as a Trojan horse to convince US District Judge Theodore D. Chuang to rule to suspend in-person visit requirements for the abortion pill during the pandemic, despite the FDA’s strident opposition.

A “no-test” or de-medicalized abortion pill protocol enables abortion facilities to maximize profits by dispensing abortion pills without conducting testing, labs, or ultrasounds to determine gestational age and rule out life-threatening ectopic pregnancies, potentially placing women’s lives at greater risk. Even costs for the disposal of fetal remains are eliminated as women are instructed to simply flush their babies down the toilet. Without testing, lab work, or disposal costs, it is obvious that profit margins on the abortion pill increase. It is therefore reasonable to assume that the push to eliminate REMS may be motivated by profit and not by concern for women.

Since its U.S. approval in 2000, the abortion pill has killed millions of preborn children and at least 24 women. While thousands of adverse effects have been reported (many with serious complications), the actual number remains a mystery because as of 2016, the FDA no longer requires these complications to be reported. Because of this, a coalition of organizations led by Live Action recently sent a letter to the FDA calling on Commissioner Stephen Hahn to remove mifepristone and its approved generics used to end early pregnancy from the U.S. market.