Planned Parenthood is once again using the COVID-19 pandemic to expand abortion. This time, the largest abortion provider in the nation has announced its intention to expand telemedicine services nationwide, including abortion.

Telemedicine generally allows physicians to communicate with patients remotely, which might work for some of Planned Parenthood’s shrinking health services. However, under a safety system put in place by the FDA called REMS (Risk Evaluation and Mitigation Strategy), patients accessing telemedicine for abortion would still be required to come into the facility in order to obtain the abortion pill while the abortionist is remote. Under REMS, the abortion pill regimen can only be dispensed in an approved clinic or hospital which has the ability to handle emergencies or direct the patient where she can get emergency help in case of potential serious complications including infection or hemorrhage. Women have died from taking the abortion pill. In addition, as Live Action News previously noted, Planned Parenthood’s own statistics show there is a 2-9% chance the abortion pill could fail, possibly requiring emergency care. 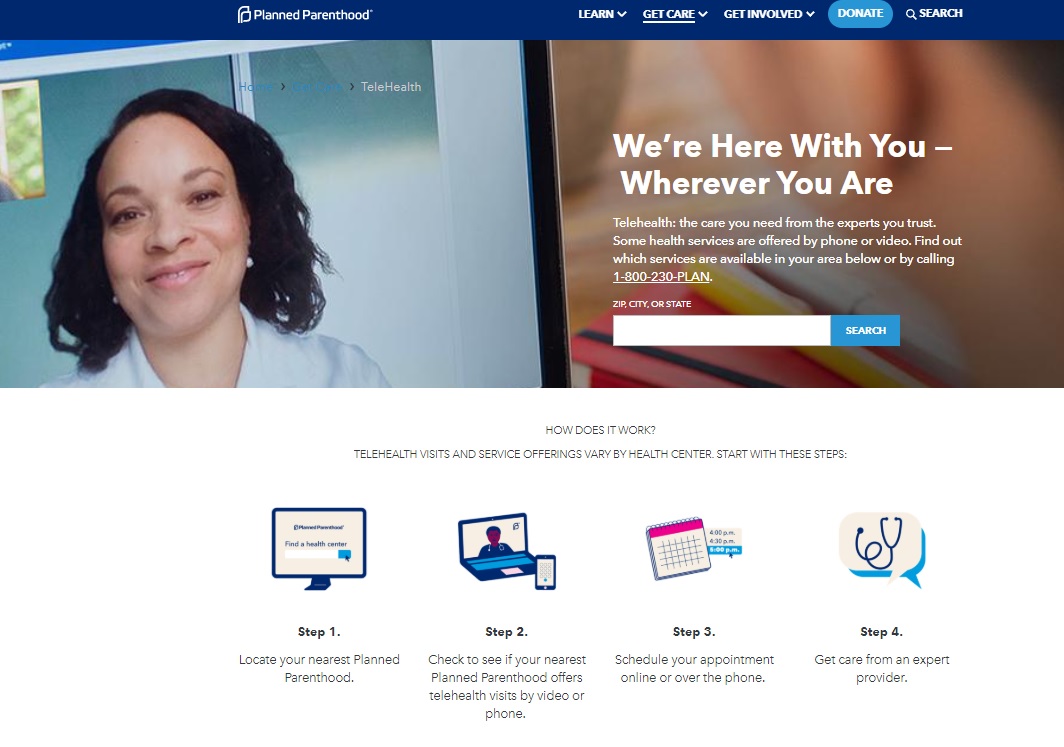 According to a report published by Yahoo News, “[T]he new telehealth app means that patients will also be able to access services including testing and treatment for sexually-transmitted infections (STIs), HIV testing and prevention, emergency contraception, hormone therapy, vasectomy counseling, abortion counseling, and… prescriptions for abortion pills. Doctors can prescribe the medications for an abortion through the app, but patients still have to visit a clinic because the Food and Drug Administration requires that providers distribute mifepristone, one of the drugs commonly used in medication abortions, in person….” 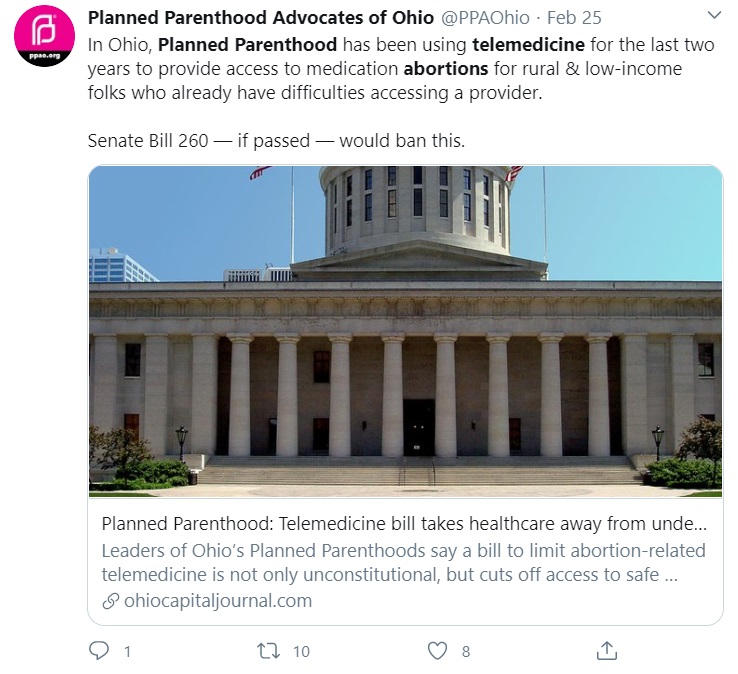 The corporation’s 2019 plan revealed this expansion when it stated in part, “Planned Parenthood will expand services in states where abortion is likely to remain legal and accessible, and invest in technology and other resources to help people living in hostile states access abortion, no matter what. We’ll do this through investing in a Regional Access Network, expanding where we offer telemedicine, and leveraging technology and innovation to help connect people to services.”

Then, in February of 2019, Planned Parenthood of the Great Northwest and the Hawaiian Islands announced a national telemedicine hub opening in Hawaii, which “will serve as a hub for patients who need to travel from other islands, as well as a home for our digital and telemedicine services across the country.” Also in 2019, as Planned Parenthood of the Rocky Mountains rolled out its telemedicine “PP Direct” app, CEO of PPRM’s Vicki Cowart said, “As the access to abortion shrinks across the country, telemedicine is one strategy for expanding patients’ access to safe, legal abortion, including for those [women] living in remote or rural areas.”

All of this proves what Planned Parenthood’s former president Leana Wen admitted at the time of her ousting: “[T]he priority of Planned Parenthood moving forward is to double down on abortion rights advocacy,” not actual health care. And the numbers prove this. A Live Action News analysis found that in 2017, the corporation’s estimated abortion revenue reached $190 million, which makes up 52% of its non-government health services revenue. Planned Parenthood’s latest annual report (2018-2019) has revealed that the taxpayer-funded abortion corporation managed to rake in a whopping $110 million in excess revenue for that year, making Planned Parenthood’s net assets for 2018 nearly $2 billion.