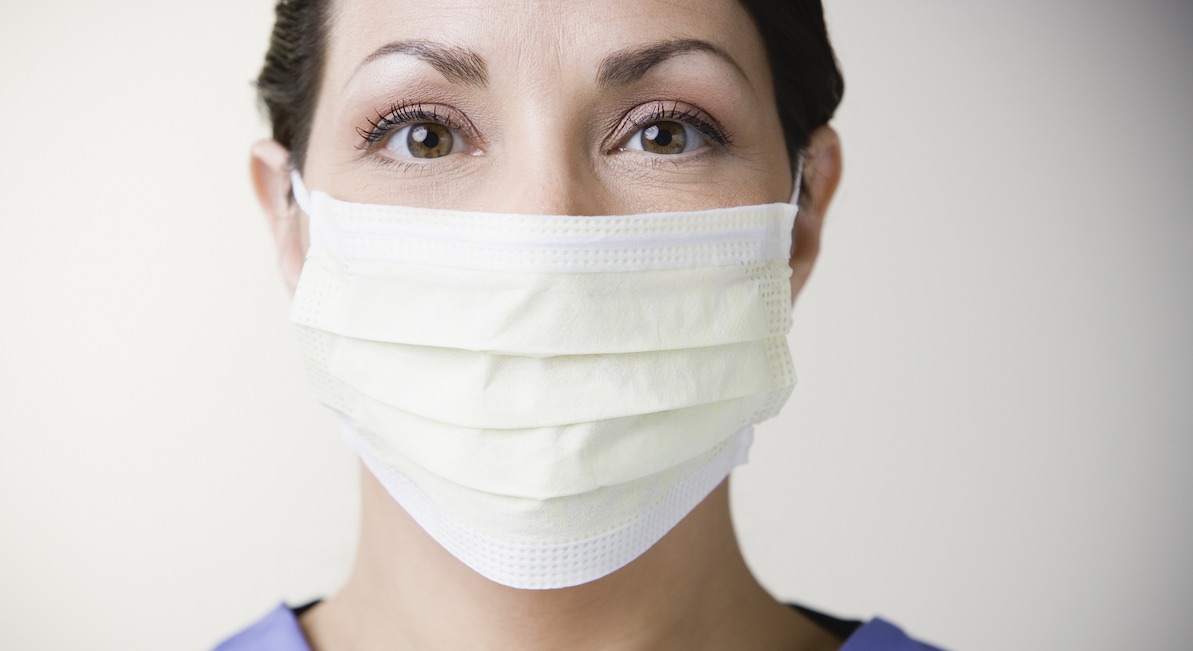 During the current COVID-19 pandemic, abortion facilities, offering nothing in way of actual health care, are currently doing little more than dispensing the abortion pill. This change is what’s keeping them in business.

A public webinar uploaded to YouTube last month, “Unique Challenges Facing the Abortion Provider Workforce,” provided some insider information on how the abortion industry is navigating the COVID-19 pandemic — and there are some surprising admissions. 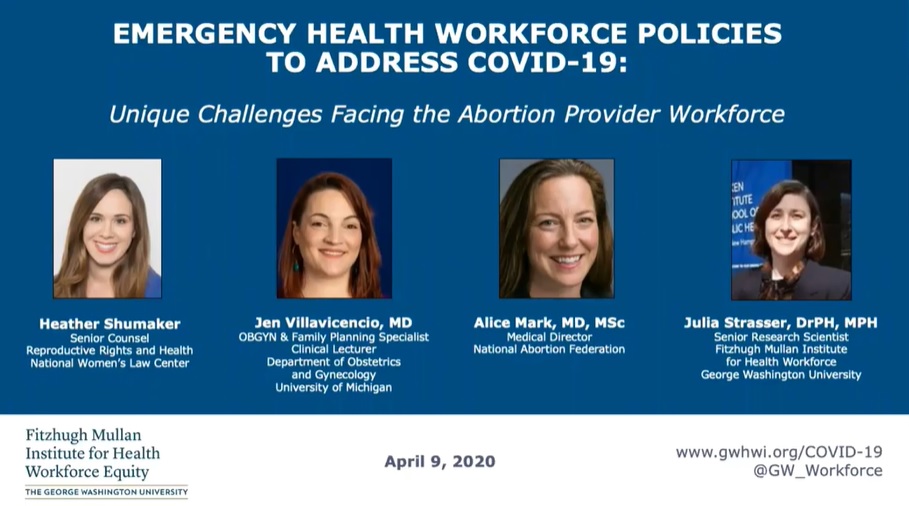 Panelist Jen Villavicencio, a Michigan abortionist, pointed out that many abortion businesses in her state had reduced their hours or closed during the pandemic. In the video, Villavicencio praised the state’s Democratic Governor Gretchen Whitmer, who carved out abortion as ‘essential care’. Villavicencio described the apparent challenge it has been for her to continue abortions while also being expected to provide medical care for coronavirus patients:

Its been challenging to work as a full scope OBGYN and balance the needs to show up for the pandemic but also continue to provide the needed services like abortion…. I work in both hospital and outpatient [abortion] clinics. And, so for myself and many of my colleagues we’ve been asked by our institutions to be ready to deploy outside of our specialty… COVID wards and ICUs. This has put a strain on our schedules and our ability to show up for patients in the abortion clinics as well as making sure that we’re taking care of patients that also need it from a COVID perspective.

Villavicencio tweeted in March that she was having trouble getting tested for coronavirus: “Don’t have the results yet – worked hard to get tested so I can get off isolation and back to work at the hospital and clinics. Not helping rn is killing me.” 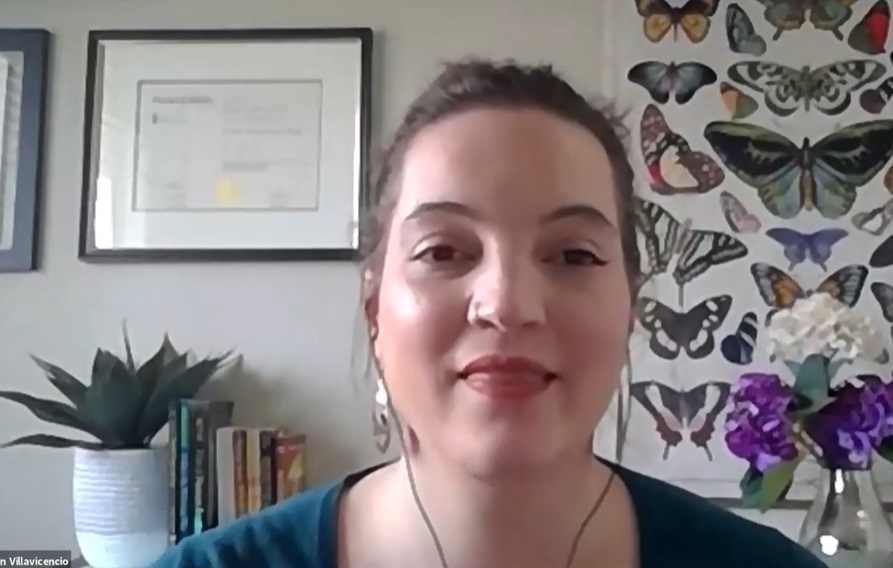 Abortion businesses have become pill dispensaries during the pandemic

Alice Mark is Medical Director for National Abortion Federation (NAF) and a former abortionist at Planned Parenthood League of Massachusetts. Her presentation detailed the lack of funds abortion facilities are facing — which may explain the industry’s push to expand the abortion pill and eliminate testing for abortion. As Live Action News has documented, this expansion, which was planned long before COVID-19, has nothing to do with care of women and everything to do with profit. A “no-test” abortion protocol will enable these facilities to turn a profit with minimal expense or overhead.

Mark tried to make the case that abortion businesses are over-regulated, while at the same time her description of these businesses in the video painted them more as non-medical facilities that primarily dispense abortion pills. In fact, given Mark’s descriptions of the no-test protocol — which eliminates all labs, ultrasounds and testing — one might argue that pro-life pregnancy resource centers (PRCs) (which offer pregnancy testing and ultrasounds, among other care) appear more medical than abortion businesses who simply push the abortion pill.

“Medication abortion used to – it took three clinic visits… and now, it’s basically down to one because the patient still has to go to – for the most part – pick up pills in a clinic.”

Mark then pivots to talk about the “abortion landscape and workforce,” and makes several shocking admissions.

Mark stated, “The whole community was anticipating tremendous changes in abortion access this summer if there was not a positive Supreme Court decision from the Louisiana court case…. Here we are already facing this incredible challenge with clinic closure and clinics having to modify the care that they are giving.”

Several states have only one abortion business

Mark lists several states that she claims are “down to one provider,” such as North Dakota, South Dakota, West Virginia, Missouri, Kentucky, Arkansas, and Mississippi.

Mark admitted that many “independent abortion” facilities function on little margin. “Abortion is a very low margin procedure…. Providers keep their costs very low to ensure access. What that means is that many clinics are really working on a shoestring. And so you have a crisis like [COVID-19] that might temporarily change how many patients you see… or keeping patients out of the clinic because they’re afraid. Or even… regulations or because of staffing issues. The lack of margins within the abortion clinic means that it is extremely difficult for those clinics to weather those storms.”

“I’m talking about clinics that are not necessarily Planned Parenthoods but smaller clinics,” Mark clarified.

Indeed, despite Mark’s comments, there is money to be made from abortion. Abortion giant Planned Parenthood rakes in half a billion in taxpayer dollars annually and reports massive amounts of excess revenue each year. Almost every year since 2000, Planned Parenthood’s revenue has exceeded its expenses by tens of millions of dollars. A Live Action News analysis found that in 2017, the corporation’s estimated abortion revenue reached nearly $200 million ($190.3), totaling 52% of its non-government health services revenue. 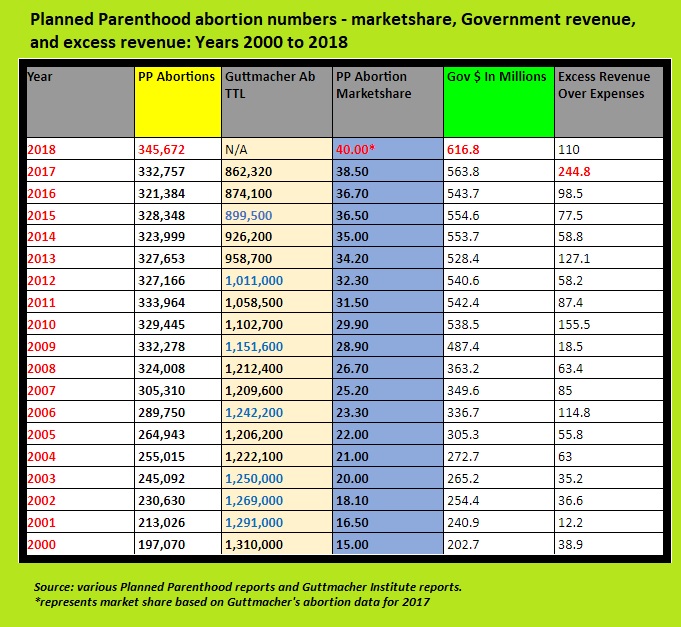 Mark continued by explaining how abortion facilities “often depend on traveling providers. So COVID-19 specifically has been hugely impactful for them because they might have an older physician who is worried about their own risk… or there’s travel restrictions in place….”

Abortion is big business. While executives tend to receive six-figure incomes, the abortion industry largely depends on part-time workers who are paid low wages. See the screenshot from Mark’s presentation below:

Mark also calls for the removal of the Food and Drug Administration’s safety protocols (REMS) on the abortion pill, claiming there is “no evidence” that the FDA should keep safety standards in place for the abortion pill — a drug that has killed at least 24 women and has injured thousands more.

“And then the final barrier is perception,” she said. “There’s a perception that it is dangerous…. There’s the perception that abortion is regrettable, and that is completely untrue,” the NAF spokesperson claims. But Mark certainly does not speak for all women, as many have expressed great regret and have suffered for years, and even decades, because of their abortions.

Those “perceptions” of danger are actual realities to women like Tonya Reaves, Keisha Marie Atkins, and other women who have died from legal abortion in recent years. Cree Erwin-Sheppard’s brother, Tyler, speaks in the video below about his sister’s death after a first trimester abortion at a Michigan Planned Parenthood — and at the end of the video is a very lengthy list of women known to have died from legal abortions:

The internet is full of the testimonies of women who regret their abortion decisions — yet Mark, whose living depends on abortion, refuses to acknowledge them. The abortion industry’s faux concern for women continues to be revealed. When the industry must choose between a woman’s safety and profit, the best interest of the woman never wins.