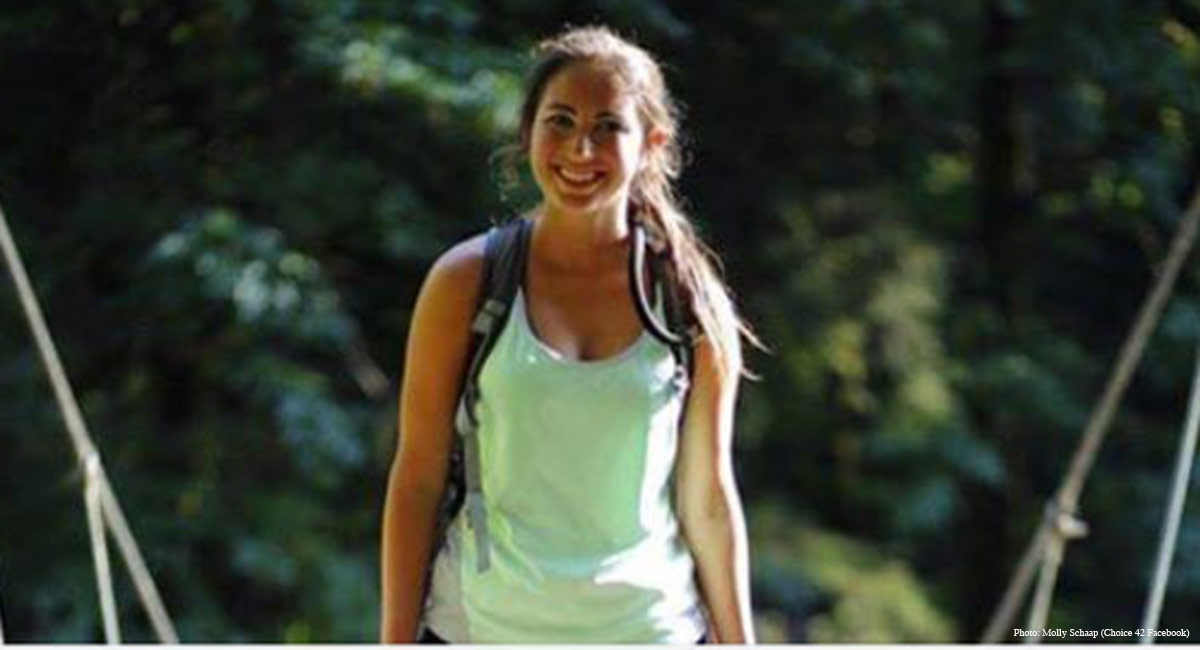 Choice 42, the pro-life group behind such videos as “The Magical Birth Canal” and “No Uterus No Say,” was recently contacted by a pro-life woman named Molly, who claims her photo was used without her permission by Shout Your Abortion to promote a woman’s story of having had three regret-free abortions. It appears that the entire story, titled, “I am 23 and I have had 3 abortions. YES I HAVE!” has since been removed from the Shout Your Abortion website — along with the photo.

The pro-lifer, Molly Schaap, says she has never had an abortion and was “horrified… to learn that a photo of me was stolen and used without my permission or knowledge” for a story of that nature. “Someone using the name ‘Heather’ stole my picture and essentially my identity…. She said she is proud of who she is and her actions, yet she used a picture of a random stranger instead of herself. I am appalled that my photo has been used in this manner,” Molly wrote to Choice 42.

Molly says she has been a lifelong pro-lifer and is a Christian who believes that “life begins at conception” and that “every life is valuable.” Molly is disturbed because, despite the story’s removal, “screenshots of the title falsely tied to my picture are continually being shared” and “the comments being made about the girl in the photo” — even though it isn’t Molly’s own story — “feel very personal” to her. She has been disturbed by some of the comments being made by those who strongly disapprove of Heather’s multiple abortions, and apparent pride in doing so. “If Heather really exists,” Molly wrote, “I want her to know that she has value and is loved despite the unfortunate life choices she has made.”

The woman who wrote the story (“Heather”) said, according to Gateway Pundit, “… I just wish that people would look at abortion as just another surgery. No way could I be a mother of 3 children right now! JUST NOT POSSIBLE! I am 23, I have a good life, I don’t want to destroy it because of a bunch of children that I am not ready for…. I have ZERO regrets on what I have, sometimes I do wonder about the WHAT IF, but in the end I know I make the best decision for me.”

Many women wonder about the “what if” and even come to regret their abortions — some not until decades later. Unfortunately for “Heather” and others like her, abortion is not “just another surgery,” because no other surgery deliberately ends a human life like abortion.

Molly told Gateway Pundit she has not yet decided on whether to take legal action regarding the improper use of her photo.

Editor’s Note: If you are struggling with regret over a past abortion, visit Silent No More, Healing After Abortion, Rachel’s Vineyard or a local pregnancy resource center for help.