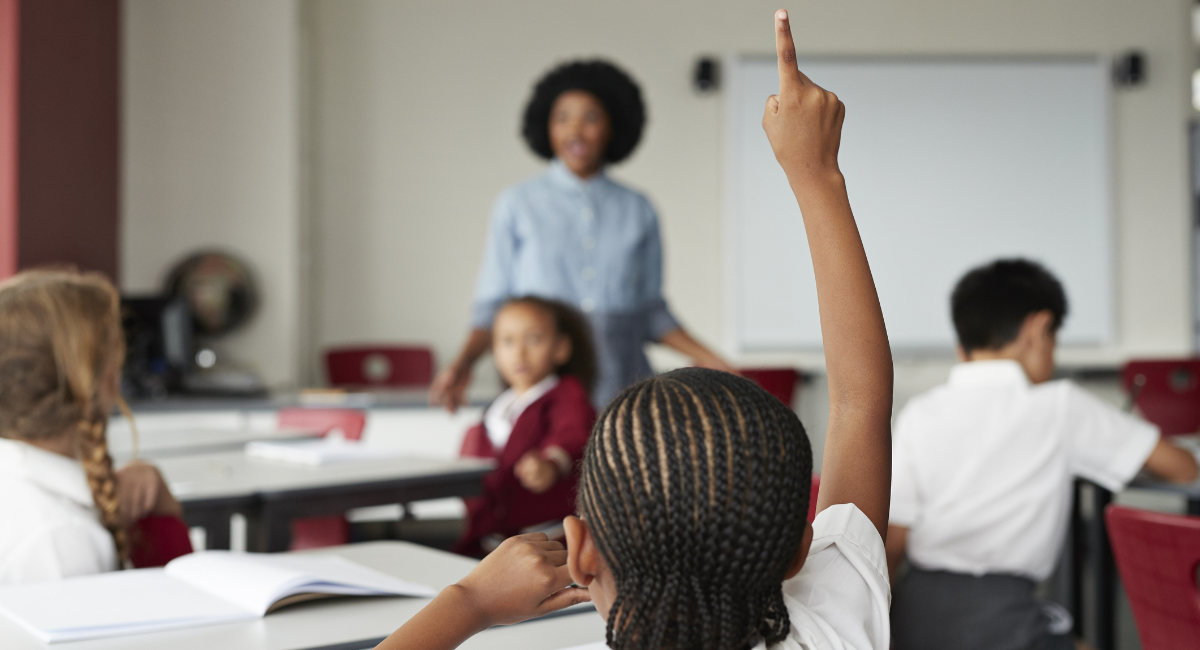 This is part four of a series. Click to read parts one, two, and three.

Advocates for Youth (AFY) and its quasi-pornographic cartoon sex-ed project, AMAZE, are tools designed to groom young children and teens, to whom they actively market the “services” offered by Planned Parenthood, especially contraception and abortion. As discussed in part three of this series, AFY’s stated goals — i.e., reducing “sexual risk behaviors,” STDs/STIs, and unplanned teen pregnancies — are not achieved by the sex-ed materials they produce.

Why, then, are billion-dollar foundations making major donations to AFY, and why are so many international organizations partnering with them?

When one examines the histories and activities of the organizations affiliated with AFY, two major interrelated themes emerge: population control and eugenics — a term coined by Francis Galton to describe a system whereby “the more suitable races or strains of blood [would have] a better chance of prevailing speedily over the less suitable.”

Eugenics, put into practice, has been responsible for crimes against humanity, including the Jewish Holocaust and the Aktion T4 forced euthanasia program in Germany, and tens of thousands of forced sterilizations on those deemed “unfit” in the United States.

AFY’s website proudly lists its many activities promoting birth control and abortion in developing nations and to “people of color” (just three examples of many below):

AFY outreach to people of color

AFY AMAZE for people of color

AFY began as the Center for Population Options, which was founded by Judith Senderowitz, who co-wrote a book condemning “pronatalism,” which the authors defined as “any attitude or policy that is ‘pro birth,’ that encourages reproduction, that exalts the role [of] parenthood.” She was also a vice president of the eugenicist organization Zero Population Growth. Little wonder, then, that AFY has continued to support eugenic and population control goals, and is supported by like-minded sources of wealth.

The catalog of major donors to AFY reads like a Greatest Hits playlist of global population control and eugenics enthusiasts:

Open Society funded clinical trials on the abortion pill, and Soros is one of the top bankrollers of contraception worldwide. He has invested in Danco, the company responsible for marketing and manufacturing the abortion pill in the US, which was, in turn, set up by the Population Council, an organization founded on eugenic principles. Soros is also a major donor to Planned Parenthood Votes, that organization’s political action committee.

The late Susan Thompson Buffett “devoted her life” to the cause of population control. Between 2002 and 2018 STBF donated $3.94 billion to organizations that support abortion and publicly provided contraception. She and her husband have given millions to Planned Parenthood — they are the organization’s largest private benefactors — and STBF gives additional millions to Marie Stopes International, which has been caught illegally aborting African children. Warren Buffett, Susan Thompson Buffett’s widower, is one of the largest sources of funding for birth control worldwide, and has invested in Danco. 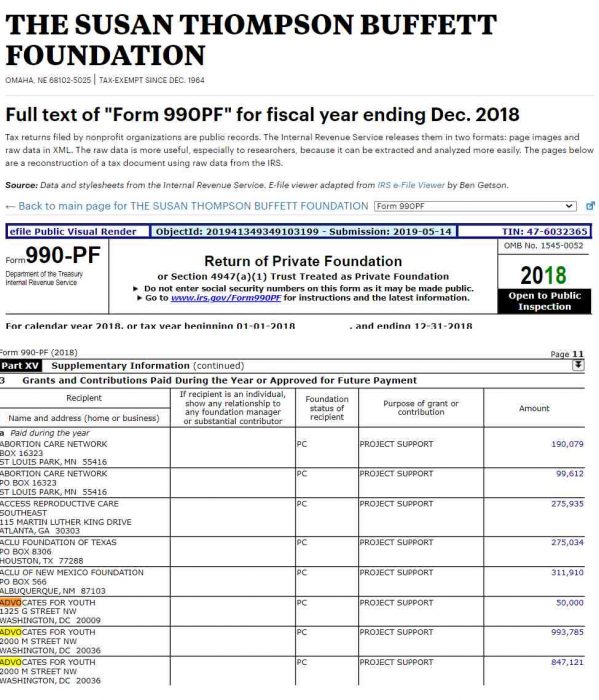 William Hewlett is another of the top funders of international contraception and abortion. WFHF is Planned Parenthood’s second-largest private benefactor, a major donor to the abortion corporation Carafem, and a financial supporter of Gynuity, which has promoted the expansion of access to the abortion pill and the lifting of its FDA-imposed safety requirements. WFHF has given millions to Catholics for Choice, an ersatz-Catholic organization which has made the absurd and offensive claim that being pro-abortion is a Catholic “social justice value.” WFHF also supports the eugenicist Population Council.

Yet another major financial backer behind the international birth control movement, the Ford Foundation, funneled millions into the development of the IUD, and it has funded efforts to legalize abortion in developing countries like El Salvador. It is one of the top financial backers of the abortion pill worldwide, and it donates to openDemocracy, which has attacked Abortion Pill Reversal. Former Planned Parenthood president Cecile Richards has been on the Ford Foundation’s board and currently serves as a trustee. Like WFHF, the Ford Foundation has also funded Catholics for Choice and the Population Council. It also funds groups that market abortion to minorities and has deep ties to the eugenics movement.

Lying Down With Dogs

Given who supplies the butter, we shouldn’t be surprised that AFY chooses to break bread with some pretty shady characters. 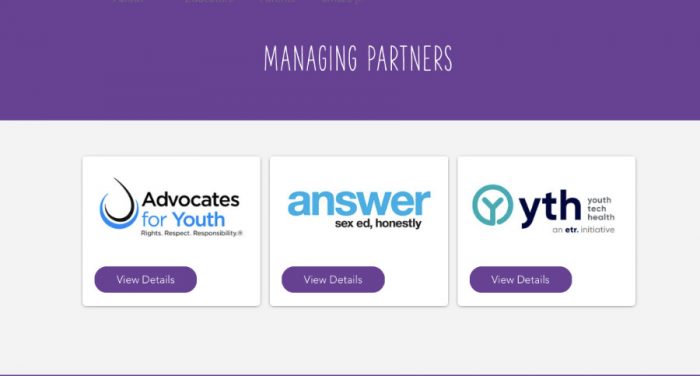 Their list of Managing Partners includes an organization called Youth Tech Health, or YTH, “an ETR initiative.” ETR was originally part of Planned Parenthood of Santa Cruz, California. It was spun off of the parent organization to quell parental resistance to their involvement in youth sex-ed. The current CEO of ETR, Vignetta Charles, was listed on the Planned Parenthood Action Fund website as a “Defender” of that organization:

Project Coordinator Gina Lepore, who currently works in a sex shop, has worked at Planned Parenthood, where she assisted in abortions: 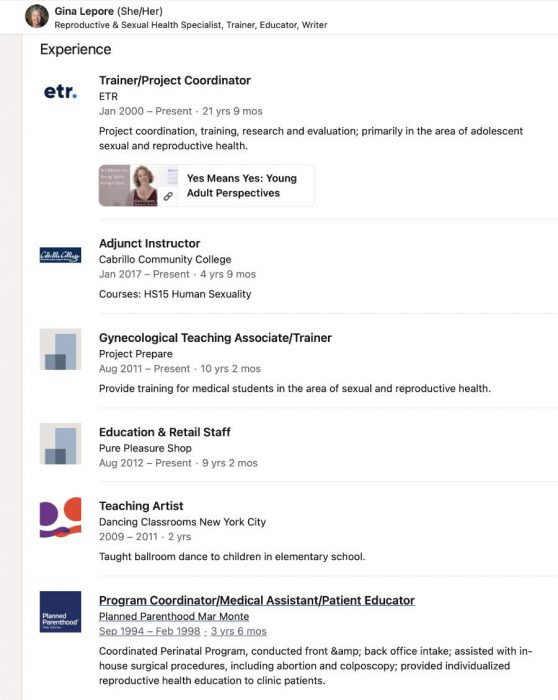 But AFY’s International Partners are yet more dubious: 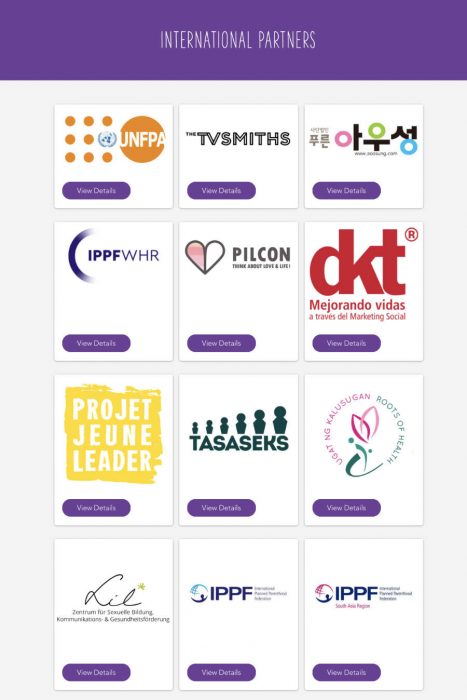 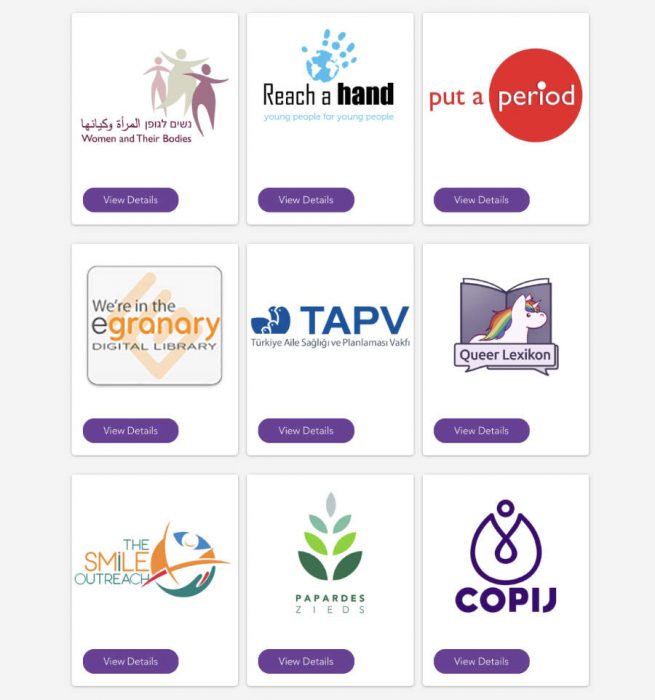 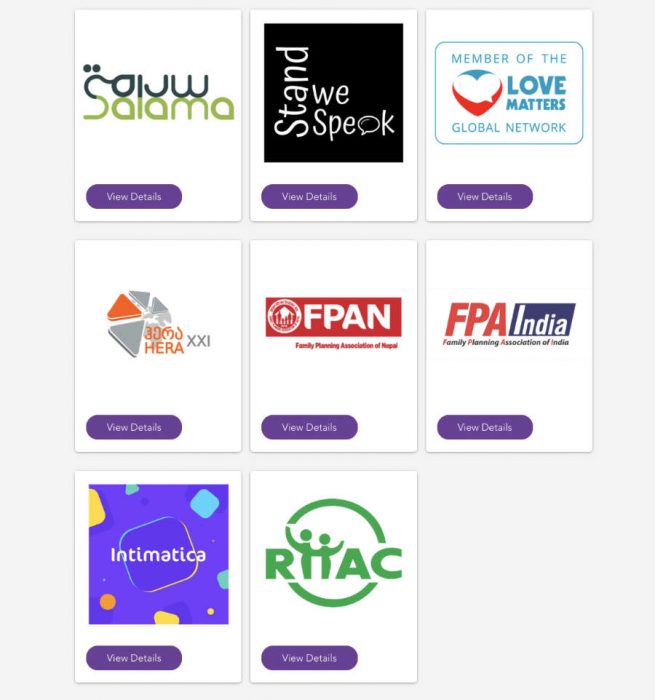 UNFPA: The United Nations Population Fund has a long history of dark dealings, especially in developing countries. According to Human Life International, “suppressing the populations of developing nations is its raison d’être.” It has been complicit in population control-related human rights abuses in China, Peru, India, Mexico, and Vietnam. It has attempted to declare abortion a “human right” and has lobbied for its expansion, even in countries where sex-selective abortion has already resulted in heavily skewed gender ratios, as well as in countries where it is illegal. 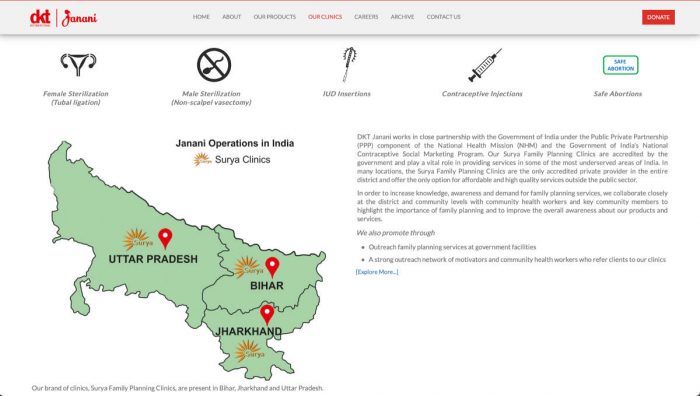 It also touts the total number of abortions it has facilitated via sales of the abortion pill and its MVA kits — it claims responsibility for 9.54 million preborn deaths. 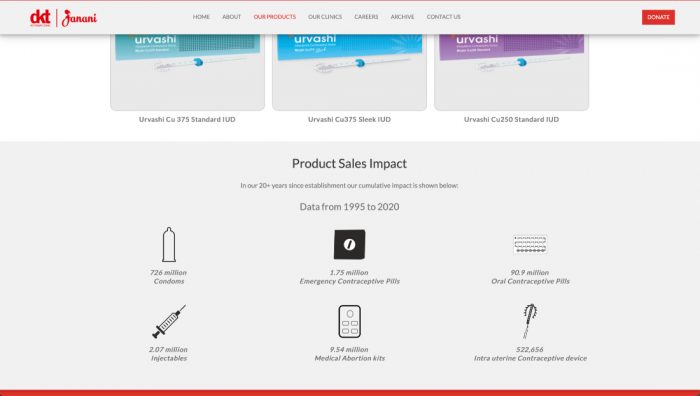 Curiously, every country in which DKT operates is a developing nation. Perhaps not so curiously, it is funded by population control and eugenics enthusiasts Bill and Melinda Gates, WFHF, the David and Lucile Packard Foundation, and UNFPA.

Reach a Hand, Papardes Zieds, SALAMA, HERA XXI, FPAN, FPA India, and RHAC are all tied to the International Planned Parenthood Federation (IPPF). White supremacist Margaret Sanger was an early president of the IPPF, which was founded to carry out the same eugenic principles as Planned Parenthood. Unsurprisingly, all of the aforementioned IPPF affiliate organizations are located in developing nations, which are populated primarily by people that wealthy white eugenicists would prefer to see eradicated from the globe.

Their minds are being made over by the monstrous.

Read Part One, Part Two, and Part Three in this series.