This is Part One of a four-part series. Click to read parts Two, Three, and Four.

Young. Powerful. Taking over. That’s the slogan of Advocates for Youth (AFY), a non-profit organization with a benevolent-sounding name. What, exactly, are they “taking over”? If the organization has its way, and if it is allowed to proceed on its current trajectory, it will be taking over the sex-ed curriculum at your child’s school. The organization has already done so “in more than 100 school districts across the U.S., reaching more than 2.5 million students,” according to its 2020 tax return, and it is poised to expand its influence on a massive scale.

Perhaps your child is one of the 2.5 million already being “instructed” by this organization.

AFY’s extremist agenda, which is no secret, is major cause for alarm. It pushes for more contraception and more abortion, probably because it endorses and promotes no-strings sex — for virtually all age groups. “One of the main goals of instituting sex education in schools is to help young people reduce sexual risk behaviors (e.g., early initiation of sex, multiple sexual partners, sex without contraception or condoms, [and] substance use before or during intercourse),” states one of AFY’s fact sheets.

Discouraging children from having sex is not listed among AFY’s goals. It denigrates abstinence-focused education, claiming that this sort of instruction “use[s] fear and shame to control young people’s behavior, often include[s] medically inaccurate information, [and] perpetuate[s] harmful gender stereotypes….”

Instead, AFY takes a hard-line pro-contraception stance, saying this on its website (emphasis added):

Young people have the right to … access to condoms, contraception, and services. Young people in the United States and around the world need information about contraception well before they become sexually active. They need to understand how various methods of birth control work … and where to get them. They need support and encouragement from their peers, adults, and the media to increase their comfort level with condoms and birth control. Importantly, they need full access to confidential, safe, and convenient family planning services.

In other words, this organization believes children are entitled to get condoms and other forms of contraception with ease and without their parents’ knowledge.

To that end, AFY has launched two initiatives. It has partnered with the Trojan condom company to launch the Condom Collective, which it claims gives away over one million condoms per year. It has also partnered with Ibis Reproductive Health — the organization behind LaterAbortion.org, which exists to promote exactly that, and MedicationAbortion.com, which also promotes what it proclaims — to launch the #FreeThePill Youth Council, which lobbies to make oral contraceptives available over-the-counter. AFY’s 2019 tax return reveals that it donated tens of thousands of dollars to campaigns aimed toward this and other pro-contraception goals: 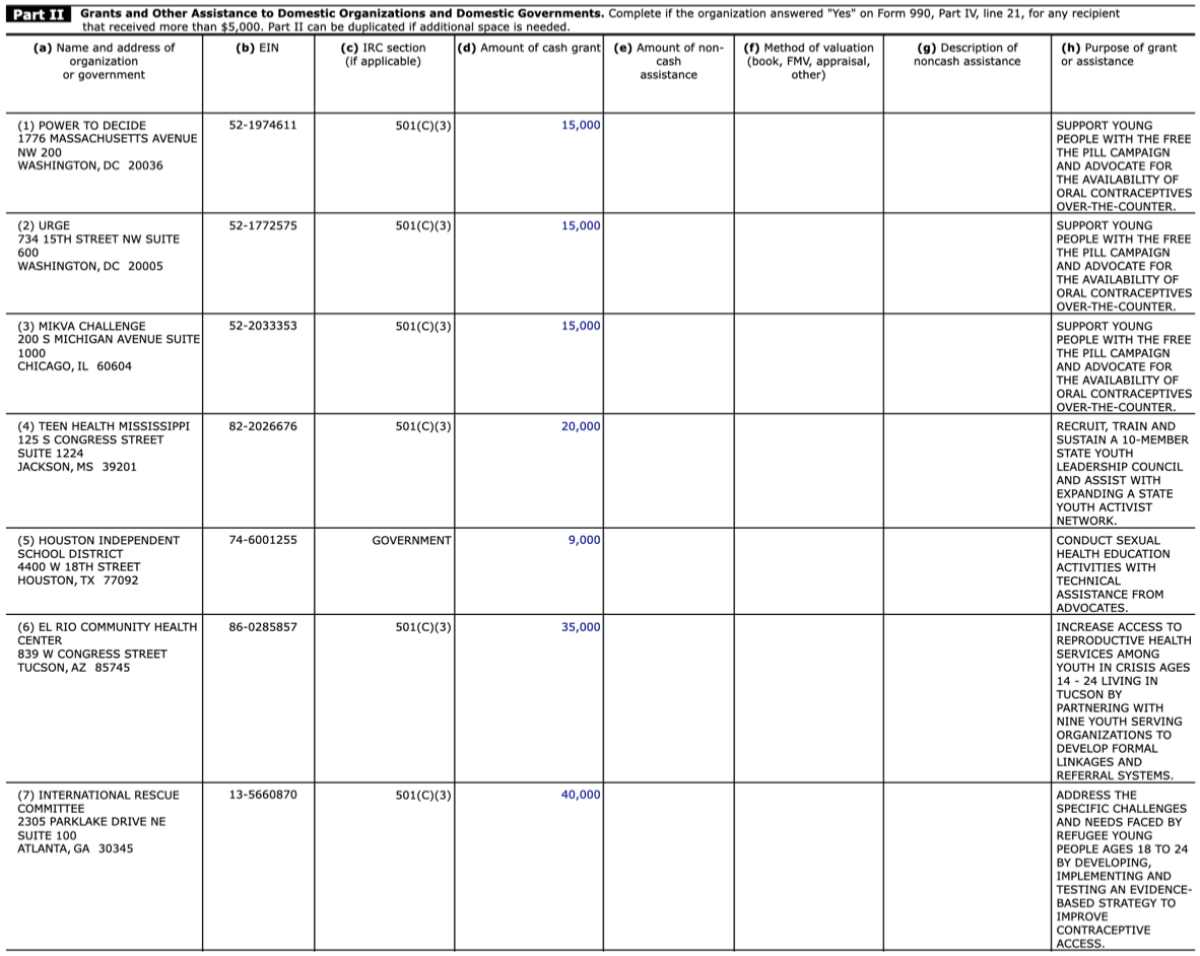 Neither AFY’s website nor its comprehensive K-12 sex ed curriculum seem to mention the reality of contraceptive failure, which occurs up to 13% of the time.

Sex ed is another major component of AFY’s agenda, and in addition to the previously mentioned curriculum, it has launched another very ambitious project, which is designed to provide “medically accurate, age-appropriate, affirming, and honest sex education.”

That project is AMAZE. The parent site is targeted primarily at “tweens,” although the site’s FAQ states: “It’s never too early [to] start talking.” The AMAZE Jr. companion site is aimed at children as young as 4. “AMAZE also strives to assist adults … to communicate effectively and honestly about sex and sexuality with the children and adolescents in their lives,” according to the site. It primarily utilizes short videos focused on specific, often-uncomfortable topics which parents are likely to seek help in addressing.

AMAZE may initially appear relatively innocuous, and its brightly colored, fart-joke filled, cartoon character-driven videos are purpose-built to achieve precisely that effect. The content and agenda which propel AMAZE, however, are deeply insidious, propagandic, and profoundly harmful to the juvenile audience the site professes to serve.

The third major branch of AFY’s agenda is promoting abortion. The organization not only believes young people have a “right to abortion care,” but that youth should lead “the fight to ensure everyone has access.”

This is most assuredly the goal behind the Abortion Out Loud initiative. This portion of the AFY website contains personal pro-abortion narratives, suggestions for ways kids can “get involved” in pro-abortion activism, and fact sheets with titles like “Abortion Law and How it Impacts Young People” and “Abortion and Young People in the United States.” The latter condemns parental notification laws and the Hyde Amendment and claims that “abortion stigma causes harm to young people.” The Abortion Out Loud page also contains a box on its “resources” page entitled “I need an abortion” which links to sanitized, inaccurate descriptions of abortion procedures and a clinic-finder link, both of which are located on abortion giant Planned Parenthood’s website.

Brought to You by Planned Parenthood

… and fully a third of the core committee responsible for authoring those standards were Planned Parenthood staff:

And what about that cutesy, innocuous-seeming multimedia extension of AFY’s sex-ed curriculum, AMAZE? Its list of international partners includes seven members of the International Planned Parenthood Federation: 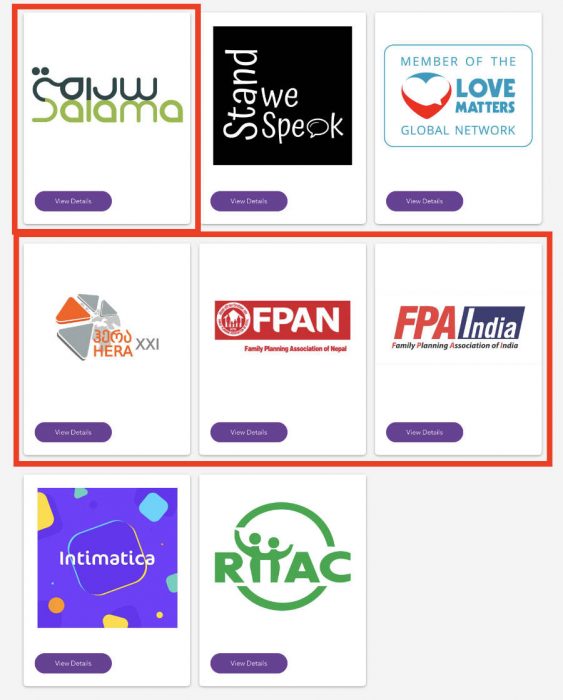 AMAZE board members work for PP

And then there’s this direct promotion of Planned Parenthood’s Roo Chatbot, which directly connects minors to the abortion corporation:

Advocates For Youth and its subsidiary project, AMAZE — both of which are producing content which is currently being used in schools across the nation — are heavily influenced by Planned Parenthood, which has significant influence in both organizations.

But in what ways and to what end are they influencing our children, and why should parents be concerned? These subjects will be addressed in the subsequent installments of Live Action News’ “Selling Sex in Schools” series.

Editor’s Note, 8/31/21: Information has been added to this article since its original publication date.