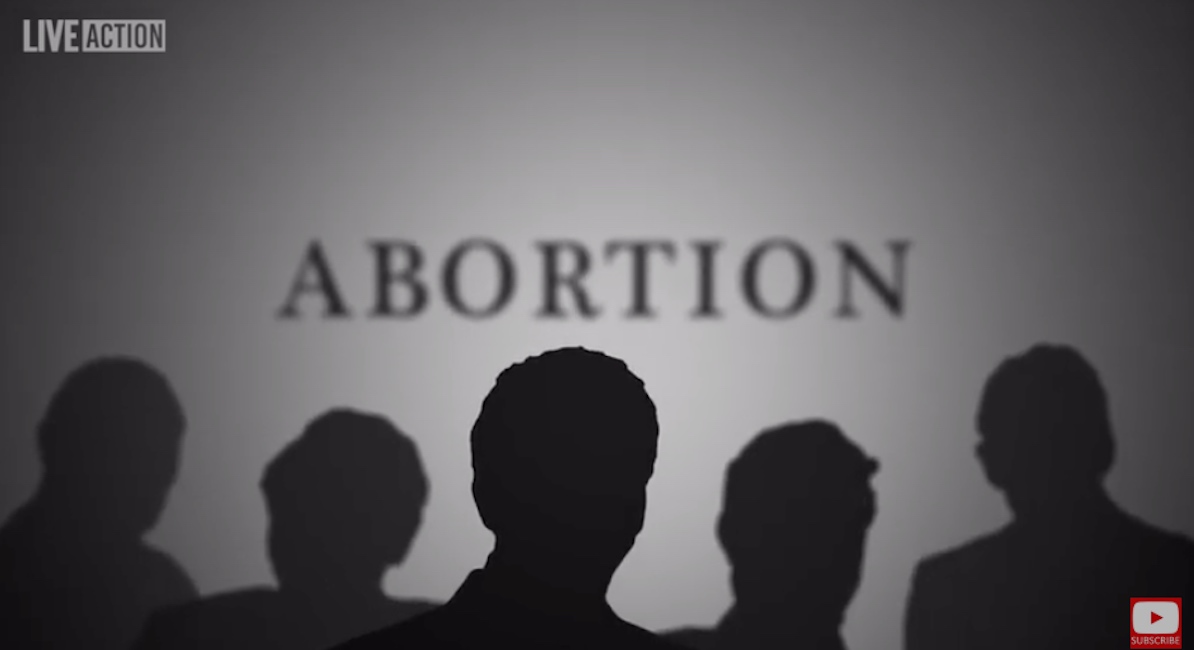 In a newly-released eight-minute video, “The Billionaires Behind Abortion,” Live Action exposes the “who’s who” behind the push for population control—by means of contraception and abortion—from its beginnings to today. “Without the financial support of these billionaires,” says the video, “abortion would not be nearly as prevalent as it is.” The video is part of a new exposé by Live Action, “Abortion Pill Kills,” which reveals the largely unknown details surrounding a dangerous drug that has killed millions of preborn children and which has also injured and even killed women.

So who are these influential billionaires? Their names are probably very familiar. Watch:

The top funders of contraception and birth control worldwide are, according to the video, the foundations of Bill Gates (founder of Microsoft and the second richest man in the world), Warren Buffett (successful investor and the fourth richest man in the world), and William Hewlett and David Packard (the founders of the Hewlett-Packard corporation). Other funders include George Soros, The Ford Foundation (Henry Ford), and the Rockefeller Foundation (John D. Rockefeller, the world’s first billionaire).

The video notes that population control is the motive behind these philanthropists, stating that the Rockefeller family “was influential in the development of the American eugenics movement of the 1920s” which “later served as the basis for the eugenics movement in Nazi Germany.” John D. Rockefeller founded an organization called the Population Council after the atrocities of World War II.

Frederick Osborn, Rockefeller’s successor at the Population Council, was also the founding member of the American Eugenics Society. He believed strongly in birth control and abortion as “the great eugenic advances of our time.” A later Population Council president, Bernard Berelson, suggested that if voluntary birth control efforts were unsuccessful among the population, birth control agents should be put into the water supplies of urban areas.

Today, the Population Council is still operating full force, and is funded by many of the previously mentioned billionaires.

READ: The Population Council, which brought the abortion pill to the U.S., has a shocking history that’s nothing to celebrate

Microsoft founder Bill Gates has long funded population control efforts through the Bill and Melinda Gates Foundation and, as seen in the video, has stated that funding “reproductive health” efforts has always been “the main thing” on the Gates Foundation’s list of priorities, especially “in the very poorest places.”

Billionaire Warren Buffett reportedly had a “Malthusian dread of overpopulation’s potential negative effects.” Billionaire David Packard, likewise, was concerned that overpopulation would cause other societal problems to “become unmanageable.”

Today, as the video states, these same billionaire philanthropists are funding efforts to expand access to the abortion pill. French pharmaceutical company Roussel-Uclaf donated the abortion pill’s patent rights to The Population Council in 1994. The Council formed Danco Laboratories to manufacture and market the pill in the U.S. 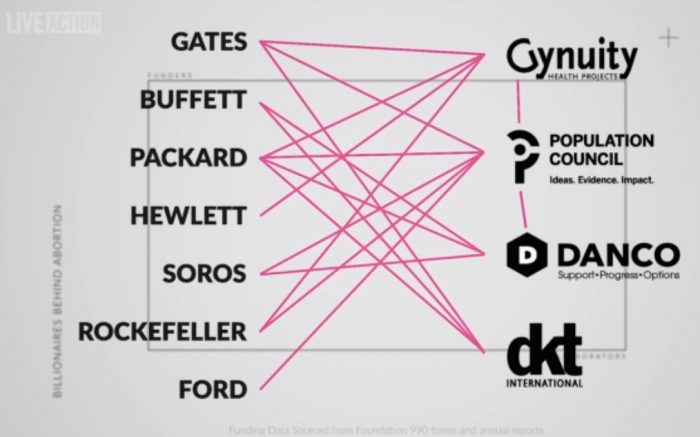 Danco has been “shrouded in secrecy,” notes the video, has “refus[ed] to release the names of its investors and executives,” and “has been shielded by the FDA, who in an unprecedented maneuver concealed the name and location of the manufacturer… as well as the names of the experts who reviewed the pill.” Buffett, Packard, and Soros have all invested financially in Danco. Gynuity Health Projects, a sponsor of U.S. clinical abortion pill trials, is also funded by many of these billionaire foundations, as is DKT International, which sells the abortion pill internationally.

As the video sums up, “The abortion movement has always been fueled by ultra-wealthy individuals as a means to control global populations, promoting the killing of children and exploitation of women under the guise of reproductive health and women’s rights.”

For more information on some of these billionaire investors, visit the links below:

Funded by Bill Gates, this organization is marketing the abortion pill worldwide

If the abortion industry has its way, abortion will no longer be ‘between a woman and her doctor’

Who’s making millions from the sale of the abortion pill? The answer may surprise you.

Pro-abortion men led the push to legalize abortion. Now, another one leads the push to expand it.

CONFLICT OF INTEREST: Study claiming abortion is safe was funded by those who profit from it, and the media fails to investigate