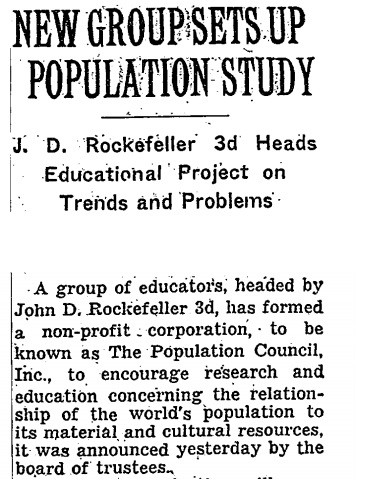 The Population Council, the eugenics organization credited with bringing the abortion pill (RU-486) to the United States, turns 65 this month — but it is nothing to celebrate. 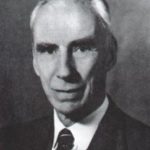 Frederick Osborn followed Rockefeller as Population Council president in 1957. Osborn was a founding member of the American Eugenics Society who signed Margaret Sanger’s “Citizens Committee for Planned Parenthood,” published in April of 1938. Osborn once wrote, “Eugenic goals are most likely attained under a name other than eugenics.” Some speculate that Planned Parenthood’s infamous slogan, “Every Child a Wanted Child,” may have originated with Osborn. It is no wonder that Osborn also said that “Birth Control and abortion are turning out to be the great eugenic advances of our time.” 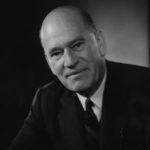 Frank W. Notestein followed Osborn as president in 1959. Like Osborn, he was member of the American Eugenics Society and as the American Philosophical Society, according to a biography published by Princeton University. He was also one of the organization’s original four trustees, according to the Population Council’s 1957 Annual Report.

In 1939, Notestein and Osborn served together on the Medical Advisory Board for Margaret Sanger’s Birth Control Federation. By 1967, under Notestein’s leadership, the Population Council released a controversial film, entitled “Family Planning,” which featured Disney’s iconic cartoon figure Donald Duck. It was one of many efforts in the 1960s and ’70s to indoctrinate the culture on the use of birth control.

By 1970, Notestein was serving on the Board of Directors of Planned Parenthood-World Population. 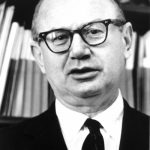 Bernard Berelson took the helm of Population Council in 1968, as its fourth president. A year later, in 1969, Berelson published an article which suggested that if voluntary methods of birth control were not successful, it may become necessary for the government to put a “fertility control agent” in the water supplies of “urban” neighborhoods. The article was published in the journal, “Studies in Family Planning,” published by the Population Council. Berelson was also featured in the Population Council’s first issue of “Population and Development Review.” 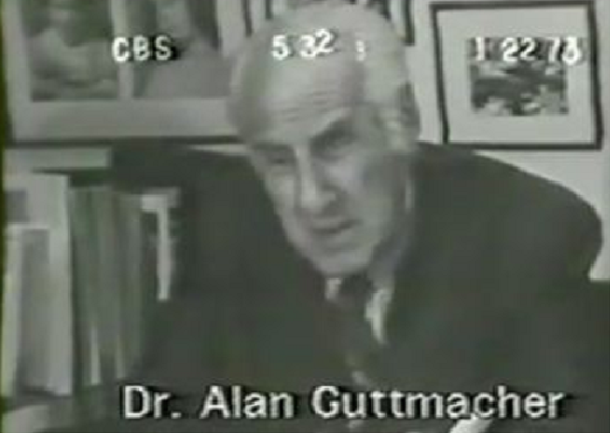 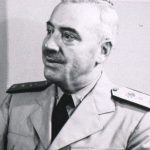 Thomas Parran, Jr. was on the original Population Council’s board of trustees. On paper, he has a very distinguished career, having been named the nation’s sixth U.S. Surgeon General, building support for the passage of Social Security as well as the establishment of the World Health Organization. His name even appeared on the public health building of the University of Pittsburgh as “one of the giants of 20th-century medicine.”

But according to USA Today, “Parran’s legacy was tainted in 2010, when the U.S. government apologized to Guatemala for the syphilis experiments that exposed 1,308 men, women and children to syphilis without consent from 1946 to 1948. Parran approved of the experiments, conducted by U.S. Public Health Service physician John Cutler.” (Cutler and his wife Eleise contributed to the Population Council and Cutler’s wife admitted that she served on the board of Planned Parenthood.)

Earlier this year, Philly.com reported that Parran was suspected of being the “intellectual inspiration of the infamous Tuskegee Syphilis Study”:

Regrettably, Parran’s great work, impressive resume, and proud legacy are besmirched by his ethical violations. The truth of his association with horrendous experiments using impoverished Alabama sharecroppers, federal prison inmates, and an array of vulnerable subjects in Guatemala who were purposefully infected with syphilis were already known. But newly discovered evidence disclosing his role as the architect of the Tuskegee study may have caused his already troubling case to reach the tipping point…

Pitt trustees now must confront evidence showing Parran was more than a distant bureaucrat during the Tuskegee study. New documents disclose that Parran believed the African American population of Macon County, Ala., was perfect for a nontreatment exercise. “If one wished to study the natural history of syphilis in the Negro race uninfluenced by treatment,” Parran wrote in January 1932, “this county would be an ideal location for such a study.” 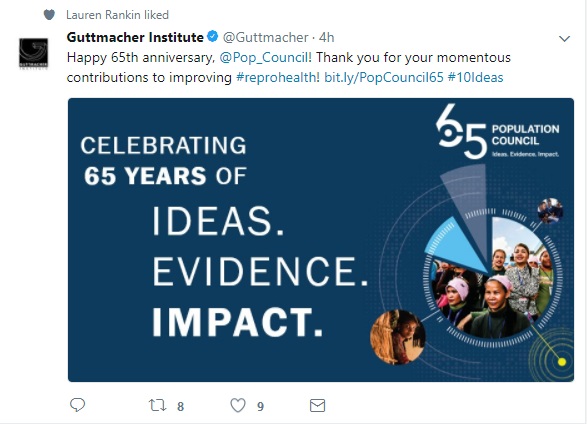 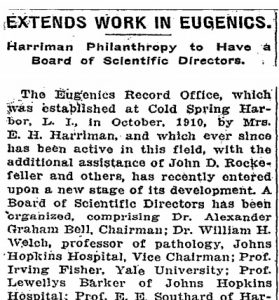 According to author Edwin Black (emphasis added), “Eugenics would have been so much bizarre parlor talk had it not been for extensive financing by corporate philanthropies, specifically the Carnegie Institution, the Rockefeller Foundation and the Harriman railroad fortune. They were all in league with some of America’s most respected scientists hailing from such prestigious universities as Stamford, Yale, Harvard, and Princeton. These academicians espoused race theory and race science, and then faked and twisted data to serve eugenics’ racist aims… The Rockefeller Foundation helped found the German eugenics program and even funded the program that Josef Mengele worked in before he went to Auschwitz.”

Black added, “In May 1926, Rockefeller awarded $250,000 to the German Psychiatric Institute of the Kaiser Wilhelm Institute, later to become the Kaiser Wilhelm Institute for Psychiatry. Among the leading psychiatrists at the German Psychiatric Institute was Ernst Rüdin, who became director and eventually an architect of Hitler’s systematic medical repression.” (NOTE: In 1933, Rüdin’s call for racial purity was published in Margaret Sanger’s Birth Control Review. According to the documentary film, Maafa21, Rudin would be chosen by Hitler to write Germany’s eugenics laws.)

Rockefeller III once claimed that birth control was “directly related to the matter of meaningful peace.”

In her review of the book, “Fatal Misconception: The Struggle to Control World Population,” written by Columbia University historian Matthew Connelly, C-Fam author Susan Yoshihara, Ph.D, discovered what led up to Rockefeller’s founding of the Population Council:

In 1952, at a secret, invitation-only gathering in Colonial Williamsburg, John D. Rockefeller III brought together what would become the modern population control establishment. Setting the agenda for the following decades were the heads of the United States Atomic Energy Commission, National Academy of Sciences, and top scientists “from embryology to economics,” including past and present Nobel Prize winners.

From verbatim transcripts of the “Conference on Population Problems,” just one of the countless number of such meetings the book exposes, Connelly found that what drove them were the questions of how many people the world could hold along with “whether ‘industrial development should be withheld’ from poor, agrarian countries like India.” By decreasing mortality and encouraging “breeding,” development would increase inferior populations and further degrade “the genetic quality of the human race.” They decided radical measures to reduce birthrates were justified in order to save “Western Civilization” from being dragged down by the growing humanitarian demands of Third World countries.

Thus was born the Population Council, which would in turn become the nexus of the entire population control movement, going on to coordinate the work of the United Nations, the Ford and Rockefeller foundations, International Planned Parenthood Federation (IPPF) – founded three weeks later – as well as major pharmaceutical firms.

In 1994, with the encouragement of the Clinton administration, french pharmaceutical manufacturer Roussel-Uclaf assigned the US rights of marketing and distribution of abortion pill RU-486 to the Population Council. The right to distribute the harmful drugs were later handed over to Danco Laboratories, a sub-licensee of the Population Council.

In 2015, a Government Accountability Office (GAO) report found that from fiscal year 2010 through 2012, the Department of Health and Human Services (HHS) and the U.S. Agency for International Development (USAID) reported sending about $236 million to six organizations and their affiliates and member associations: Advocates for Youth, Guttmacher Institute, International Planned Parenthood Federation (IPPF), Planned Parenthood Federation of America (PPFA), the Sexuality Information and Education Council of the United States (SIECUS), and the Population Council.

Today, abortion remains among the Population Council’s strategic priorities, according to its latest annual report.