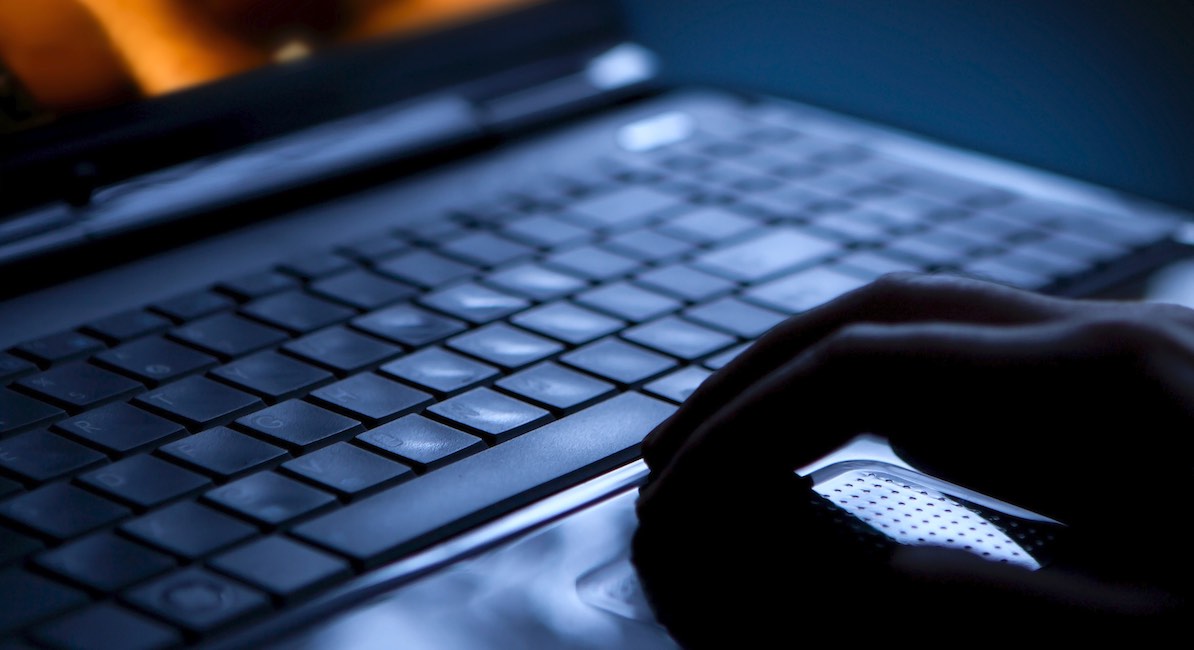 The sexual revolution is said to have “hijacked” the women’s movement back in the 1960s, thanks to the efforts of people like Cosmopolitan editor Helen Gurley Brown and Playboy founder Hugh Hefner. Their publications put forth an image of womanhood that was a welcome fantasy for men, yet a far cry from what true feminists fought for — the image of a woman who could have no-strings-attached sex with no children, thanks to birth control and abortion. Many men, of course, were happy to take part in this fantasy.

Today, this same image of the sexualized child-free woman persists, and Philip Harvey is one of the men helping to promote it.

Harvey founded DKT International, which sells abortion pills worldwide and is funded by the Bill and Melinda Gates Foundation. While Harvey handed the reigns to someone else in 2013, he is still very active in the pro-abortion movement. He serves on the boards of Marie Stopes International (a UK-headquartered abortion conglomerate) as well as the U.S. abortion chain Carafem (a participant in an ongoing TelAbortion abortion pill study)—but Harvey doesn’t just serve on the boards. He gives them millions in funding — money he earned from selling pornographic films and sex toys through his mail-order company, Adam & Eve.

“I was very taken with the idea that I could sell sexual accoutrements to relatively wealthy Americans and use the proceeds to support family planning in developing countries,” Harvey once told Mother Jones. “I’ve certainly taken a great deal of pleasure from the sort of Robin Hood effect that’s resulted.” 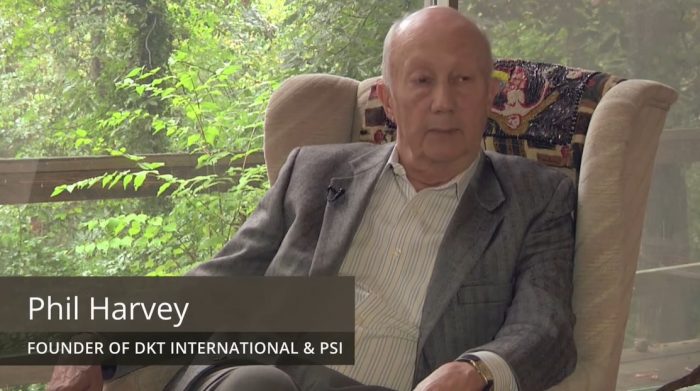 Marie Stopes International (MSI) has received more than £7.5million from sex-toy salesman Phil Harvey, prompting critics to accuse the charity of betraying its stated aim of ’empowering women and girls to take control of their futures’.

Mr Harvey’s business, Adam & Eve, was established as a mailorder firm in 1971 and it has become one of America’s leading suppliers of erotica, with £60million of adult film and sex-toy sales last year.

Adam & Eve gives away 25 per cent of its profits through Mr Harvey’s charitable foundation, DKT International. 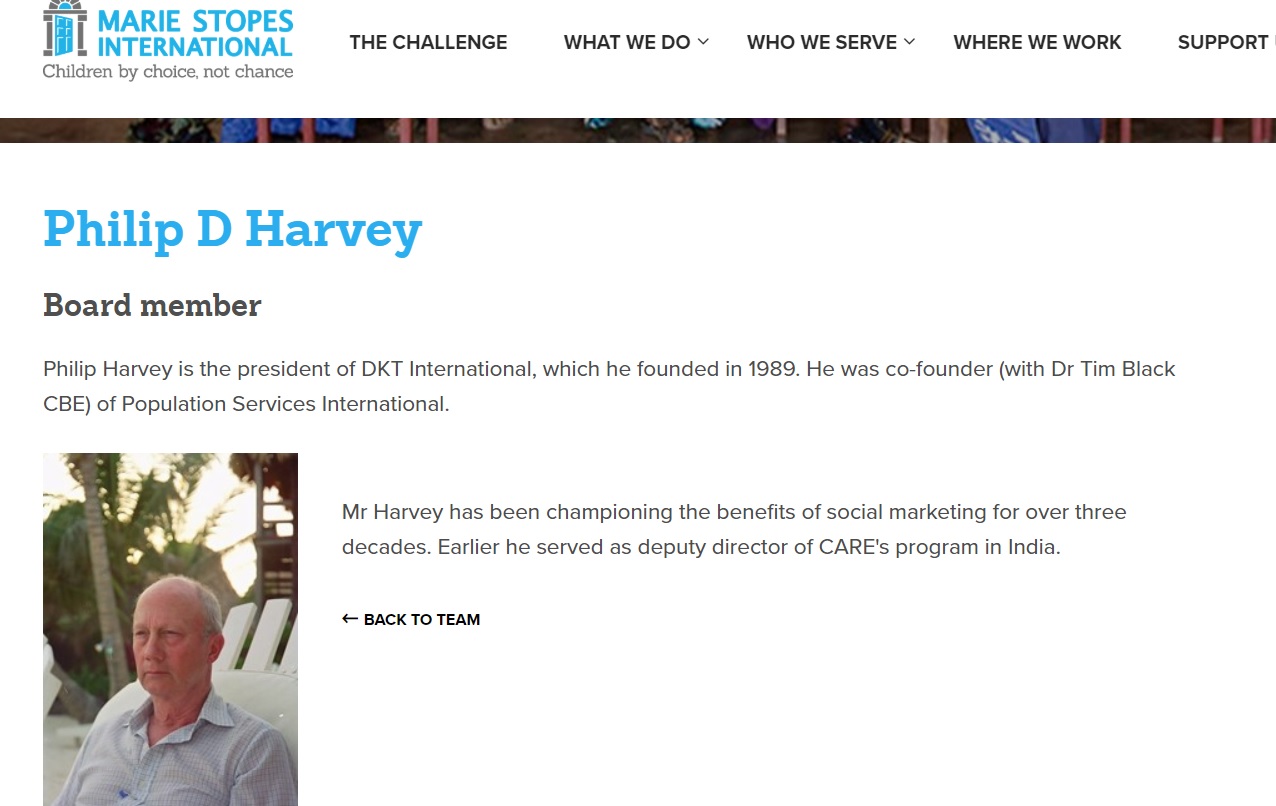 In his early 30s, [Harvey] co-founded and led Population Services International… Two decades later, he launched and led a second charity — DKT International… The groups have received a total of $50 million of their founder’s money over the years but have also won support from major grant makers like the Bill & Melinda Gates and the William and Flora Hewlett foundations… Mr. Harvey financed his charities with tens of millions in profits from his other brainchild: Adam & Eve.

DKT International was founded in 1989 by Harvey. He resigned as president in 2013 and was replaced by Christopher Purdy. Harvey is still a board member and has reportedly funneled up to $3 million annually to DKT. DKT sells millions of abortion pills globally and is heavily funded by the Gates Foundation. DKT’s donor list boasts names like the Gates, Packard, and Hewlett Foundations.

In 2004, The Economist described Harvey as, “both one of the world’s leading purveyors of ‘adult entertainment’ and a big supplier of contraceptives to the developing world….” The publication also noted that “[i]n the late 1960s, he studied at the University of North Carolina with Tim Black, now head of Marie Stopes International, a reproductive-health agency… [which] pioneered Population Services International (PSI), which is now the world’s biggest organisation for so-called “social marketing.” Harvey’s company, Adam & Eve, is “America’s biggest mail-order and online retailer of sexual toys and pornographic films,” and “is a market leader in an industry which some estimate to be worth more than $10 billion a year.” The company reportedly “sells some $70m-worth of films and goods a year….”

Harvey also sits on the board of Carafem, a U.S. abortion chain that describes itself as “a network of health centers that provide choices for people seeking early abortion care….” Carafem is the public face of FemHealth, which according to its website, “was established in 2013 as a 501c3 non-profit social enterprise to deliver early, safe abortion services and family planning products in the USA and to take advantage of new efficiencies, new technology, and new approaches in the delivery of care.” 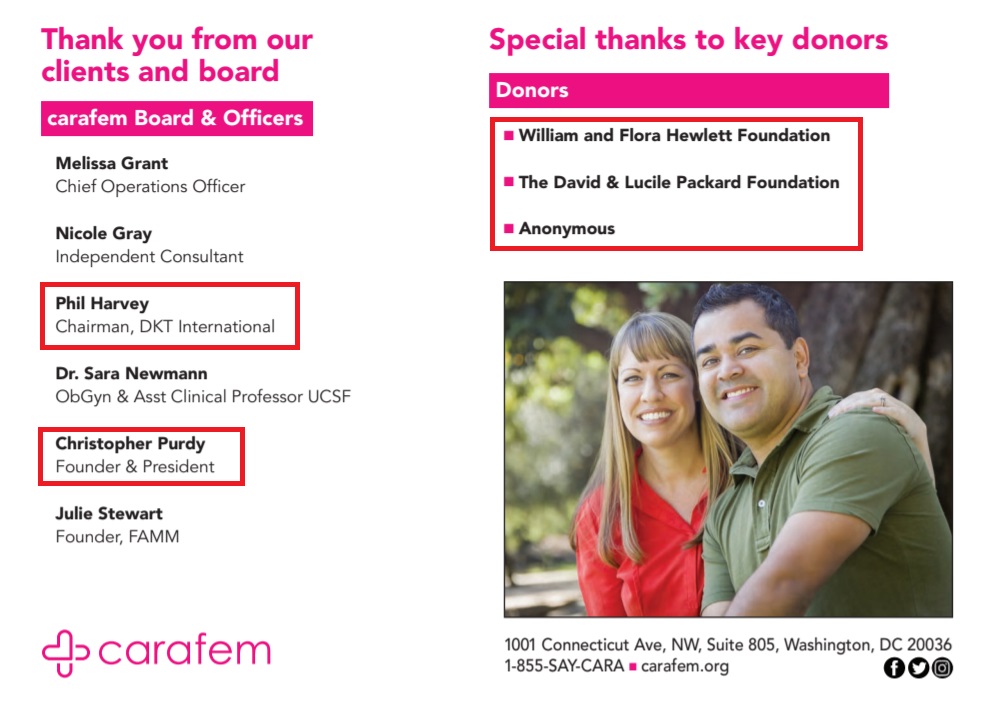 Carafem is part of an expanding U.S. TelAbortion clinical trial sponsored by Gynuity Health Projects, which is recruiting children as young as 10. The TelAbortion clinical trial was set up to “obtain preliminary data on the safety, acceptability, and feasibility of direct-to-consumer telemedicine [pills by mail] abortion”  and has been gradually expanding to more states and locations in an obvious effort to bypass the FDA’s Risk Evaluation Mitigation Strategy (REMS) requirements. 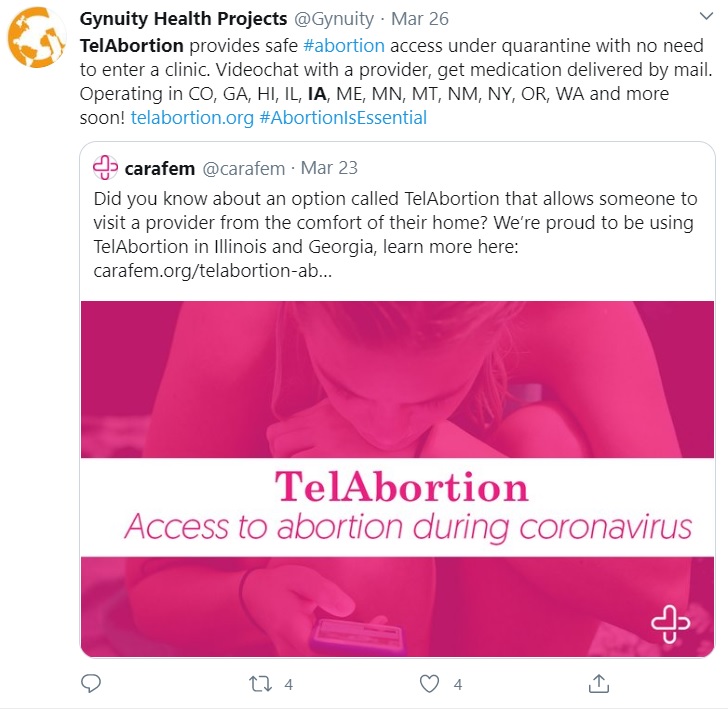 Over 47 percent of Carafem’s patients are Black, according to the organization’s 2019 annual report (which also shows that Carafem is funded by the Packard and Hewlett Foundations). In DKT’s latest financial audit and 2018 990, Carafem (shown under corporate name FemHealth USA, Inc.) appears to be a DKT affiliate.

Harvey believes that there is no conflict between his pornography business and his involvement with pro-abortion organizations. He told Mother Jones, “In the early days I was terrified that, because of Adam & Eve, we were going to lose support for some of our programs. It never happened. I think part of the reason was that the key people in charge of family planning overseas, even in conservative governments, are not the types who are likely to be upset by sex products. After all, they’re in the sex business themselves.”