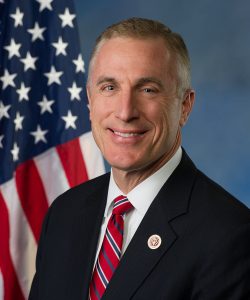 Congressman Tim Murphy recently announced his resignation from Congress amid news of an extramarital affair, along with allegations that he asked his mistress to have an abortion during a pregnancy scare.

Murphy, a member of the Pro-Life Caucus and a co-sponsor of the Pain-Capable Unborn Child Protection Act, is known for his anti-abortion stance; he has a 100 percent pro-life voting record from the Family Research Council. So this situation has caused many to call him a hypocrite, leading to controversy over whether this is true for all pro-life politicians.

However, this scandal is actually a clear example of how abortion is not empowering for women, but empowers dishonest men instead.

Information about the affair and the request for an abortion surfaced after Murphy’s mistress and her husband began their divorce proceedings. Text messages between Murphy and the mistress, Shannon Edwards, were then published by the Pittsburgh Post-Gazette. They include a message from Edwards to Murphy, stating:

And you have zero issue posting your pro-life stance all over the place when you had no issue asking me to abort our unborn child just last week when we thought that was one of the options.

Abortion has long been used by men as a way of controlling women and as a way of absolving themselves of the responsibility of fatherhood. Murphy’s behavior proves that abortion is a form of oppression, both of women and children, and that men are the ones who stand to benefit from abortion in purely selfish ways.

Legal abortion has made it possible for men to become sexually involved with women without having to make a long-term commitment. An extramarital affair resulting in pregnancy can result in the man continuing to hide the affair by pressuring the woman into an abortion or threatening to abandon her, leaving her to raise the child alone. The woman, having heard repeatedly from a pro-abortion society that she is incapable of caring for her child alone because she is not smart enough, not rich enough, or not prepared enough, believes she has no choice other than abortion. With the child dead, there is no physical proof of an affair (as in DNA evidence through the child) and often, the man chooses to end the relationship regardless. Meanwhile, the woman is the one left to deal with any trauma, physical pain, or emotional pain that result from her abortion. Former abortionist, Dr. Anthony Levatino, explains the process and risks of a first-trimester abortion (from 5-13 weeks gestation), the most common type of abortion procedure, in the animated video below:

Hiding affairs isn’t the only thing men can do thanks to legal abortion; they can also cover up crimes. Sexual abusers — whether the victim’s coach, step-father, foster-brother, father, or boyfriend — have been known to convince their victims that they must abort, and abortion facilities seem more than happy to accommodate. Planned Parenthood, for one, has been caught at least 15 times helping assailants to cover up sexual abuse.

Boyfriends and husbands are also capable of pressuring women into abortion as if it is the best or only option in their situation. Whether the reasoning is financial, feeling unprepared to be a parent, or something else, women are primarily the ones left to deal with the pain of post-abortion regret and trauma.

Pressuring anyone to have an abortion is unacceptable. While women are coerced, pressured, and lied to, abortion supporters would have us all believe that abortion is about women’s rights and empowerment. But abortion, beyond killing human beings and harming women, is a way to further empower men who have ulterior motives to use women for sex and then continue on with their lives. Abortion doesn’t liberate women; it further oppresses them and their children.

READ: I was coerced into abortion at Planned Parenthood by my baby’s father, and wish I could undo it

Murphy’s response to Edwards’ text lacked both compassion and remorse, and reveals that Murphy may have been merely paying lip service to pro-life issues:

I get what you say about my March for life messages. I’ve never written them. Staff does them. I read them and winced. I told staff don’t write any more. I will.

Those in favor of legal abortion often claim that pro-lifers will quickly change their stance once they are faced with a situation like Murphy’s, or if their child receives a prenatal diagnosis, or if the health of the mother is in jeopardy. And Murphy’s response to Edwards’ text merely reinforces this false idea. Murphy’s words are not a good example of what it means to be pro-life; in fact, they seem to point to him being pro-life only politically.

Time and time again, actual pro-lifers have chosen life, even when faced with difficult times. Carrie DeKlyen refused to abort her daughter after her cancer diagnosis, giving up her own life for the chance for her daughter to live.  Jennifer Christie chose life for her son after she was raped, and she has no regrets. Betsy Leaf chose life for her son Jacen even though she knew he would die at birth. Congresswoman Jaime Herrera-Beutler chose life for her daughter even when faced with the diagnosis of Potter’s syndrome, which is considered to be fatal; Beutler’s daughter is now three years old and thriving. Instead of running away, these women faced their situations head-on.

Murphy, on the other hand, was caught cheating and lying and was desperate for a way out, willing to sacrifice his own child’s life in order to escape a scandalous situation. Murphy does not accurately represent the pro-life community; he turned to the idea of abortion to save his own reputation, and attempted to pressure a woman into killing their child.

Women and girls who are feeling pressured into abortion are not alone. There is support available through local organizations designed to help. Pregnancy resource centers and maternity homes are available to help women continue their education, prepare for their child’s birth with health insurance, baby gear, and parenting classes, and even help women find homes and employment.

Author’s Note: If you or someone you know is feeling pressured to abort, click here.