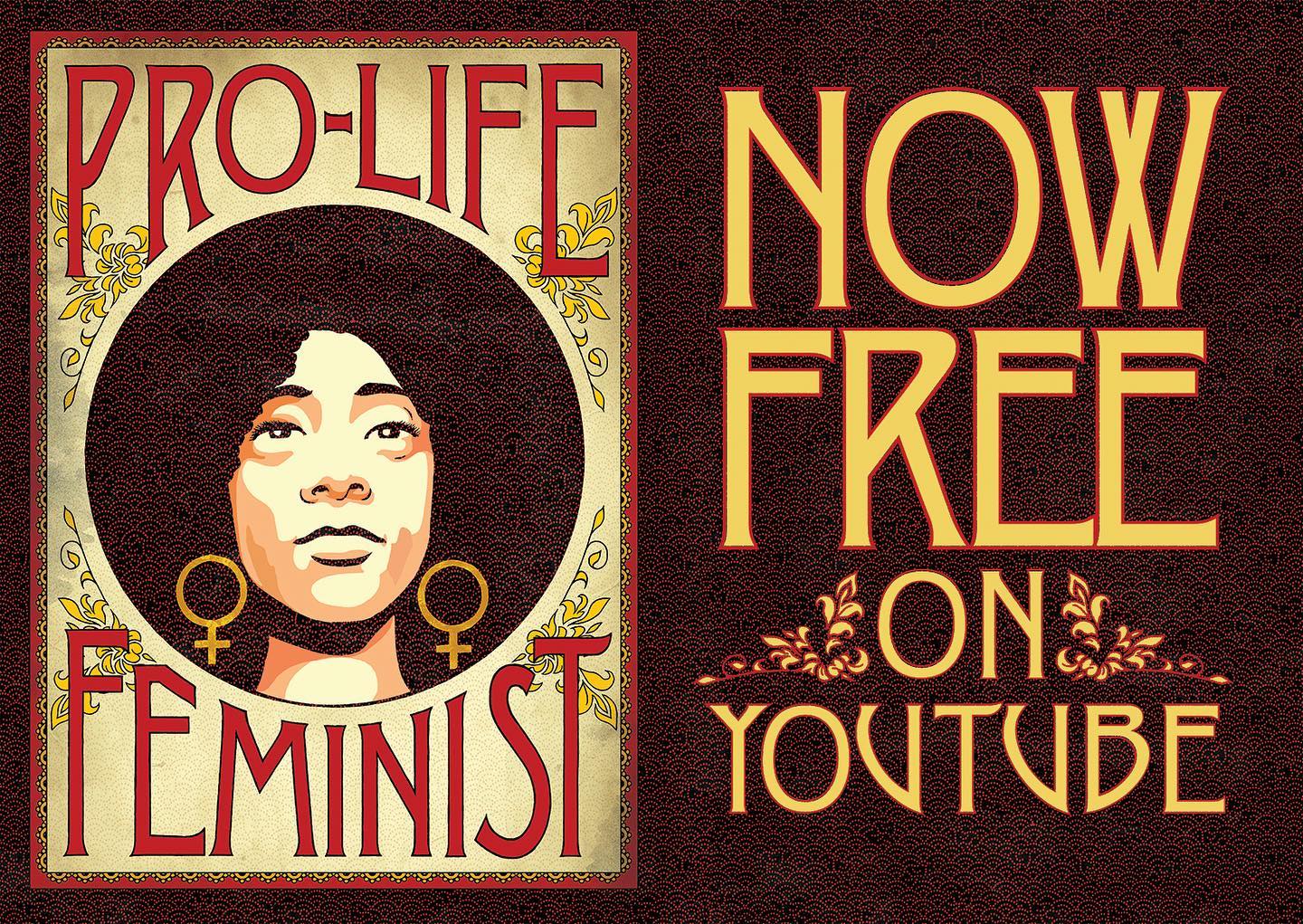 The documentary “Pro-Life Feminist,” originally released in 2018, was recently made viewable for free online via YouTube.

Aimee Murphy, founder of Rehumanize International, a nonprofit best known for its “consistent life ethic” approach, opens the film commenting on an unfortunate contradiction in the modern-day feminist movement. “There are some who say that equality for the preborn is contrary to the liberation of women. You know, that perspective is really pitting women against their children.” She also notes in the film, “Feminism is about human equality. You can’t just leave some humans out.”

Viewers also meet Christina Marie Bennett, a writer for Live Action News who worked for years at a Connecticut pregnancy center and now works for Family Institute of Connecticut. She too understands the abortion issue as part of a larger framework – the struggle for human rights for all humans. “I’m not ok with injustice in any way, shape, or form…and so I came to this realization that I am a feminist. And it’s okay. It’s okay, because I am going to redefine [feminism]. To think that, because we value the littlest women of all, just as much as any other woman at any other stage in her life, means that we are against womanhood, or that we are disconnected to the reality of the pains and struggle and trauma associated with being a woman…are not we women? Do we not hurt and ache in the same way?”

Destiny Herndon-De La Rosa is also featured in Pro-Life Feminist. She founded New Wave Feminists because of her son, whom she had at 16. The organization received significant media attention due to its inclusion in and then subsequent exclusion from the Women’s March on Washington in 2017 because of its pro-life position. From her perspective, “The pro-life side, a lot of times, they see one person, they see the unborn child. And the feminist person, they see one person. The woman. But pro-life feminists see two people. We want to protect two people.”

READ: Five pro-life women in history that everyone should know

Aimee, Christina, and Destiny’s pro-life feminist stories make clear that the old stereotype of pro-lifers as a bunch of old white men imposing their religious beliefs on women’s uteruses is just as much a relic of the past as the chilling accusation from the Roe v. Wade audio recordings that opponents of abortion want to “force” women to continue pregnancies. On the contrary, far from “forcing” anything on anyone, these three women seek justice, freedom, and equality for all. And they’re shaking up both the pro-life and feminist movements in the process.