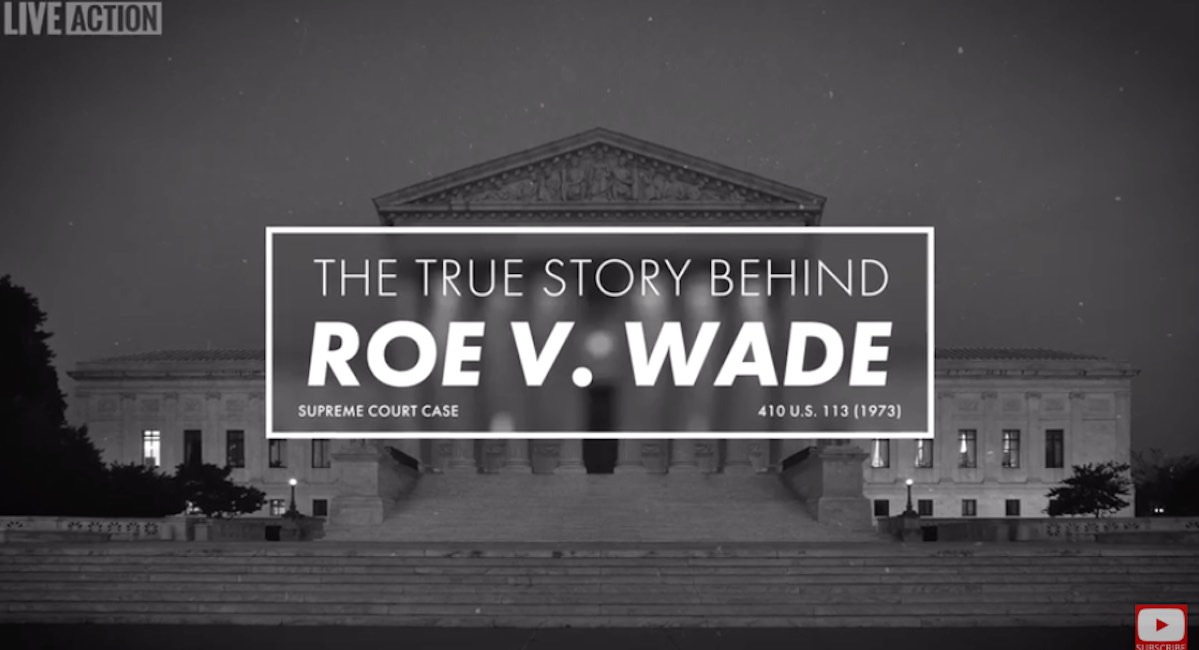 The true story of Roe v. Wade and its companion case Doe v. Bolton, which led to the Supreme Court legalizing abortion on demand in 1973, is being told in a powerful new Live Action video, which tells the story of plaintiffs Norma McCorvey (Jane Roe) and Sandra Cano (Mary Doe), who later said they were used as pawns, manipulated and deceived by pro-abortion power players. Both women eventually became pro-life advocates, working until their deaths to reverse these tragic decisions.

Watch, and then read more details about the cases below:

Norma McCorvey (“Jane Roe”) lived in Texas in 1969 when she became pregnant with her third child.  Abortion was still illegal in many states, including Texas. McCorvey falsely claimed she had been gang raped and was referred to attorneys Sarah Weddington and Linda Coffee. McCorvey detailed this encounter in an interview years later, after she recanted her abortion views and became pro-life.

Well, I went to this attorney…. He said that he just knew of these two young law students… Sarah Weddington and Linda Coffee and that they were trying to challenge the Texas statute on abortion… and, would I like to meet these two women. Sure.

We sat and talked and drank beer for the longest time. We got kinda smashed. Then we had pizza, then we drank some more beer…. They never said anything about it’s really a baby, Norma. You’re going to be killing your baby…. I didn’t have a clue, I was ignorant….

In Joseph Dellapenna’s book, “Dispelling the Myths of Abortion History,” he wrote that “Weddington and Coffee kept McCorvey out of the loop; McCorvey had virtually no involvement in the litigation other than providing an almost fictional plaintiff…. [F]ailure to consult the client was a major failure according the legal profession’s ethical codes.” (p. 679)

In March 1970, a suit was filed in Dallas on behalf of plaintiff Jane Roe and all other women “who were or might become pregnant and want to consider all options.” At the time, abortions were prohibited in Texas except to save the pregnant woman’s life. But on June 17, 1970, the three-judge federal panel struck down the Texas abortion statute. Dallas County District Attorney Henry Wade defended the Texas law and the state attorney general appealed the federal court’s decision, leading, eventually, to the Supreme Court ruling: Roe v. Wade. 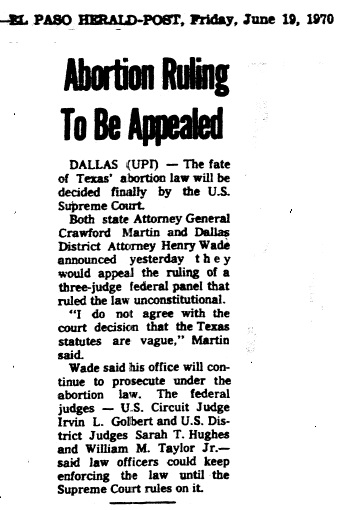 If Weddington really wanted to get Norma an abortion, she could have, as she was heavily involved in an abortion referral network in Texas. Weddington had the resources. But she never mentioned this to Norma, because apparently that would mean losing the only plaintiff that she had with the necessary legal standing to challenge the law. How ironic, that Weddington championed abortion access for all women by secretly withholding an abortion from her client. 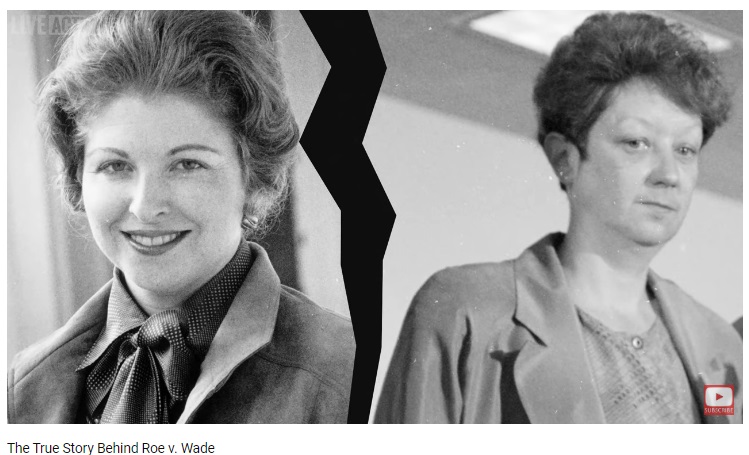 Norma reiterated this in her book, Won by Love. “As soon as Sarah Weddington had my name on the affidavit, I had served my purpose,” Norma wrote, adding:

Though Sarah had passed herself off as my friend, in reality she used me. When I sat down with her and discussed the possibility of getting an abortion, Sarah knew where I could get one, because she had gotten one herself three years before….

If Sarah Weddington was so interested in abortion, why didn’t she tell me where she got hers? Because I was of no use to her unless I was pregnant. She needed a pregnant woman who would sign the affidavit…And without a plaintiff somebody else might get their case before the Supreme Court first. That’s why Sarah actually tried to talk me out of getting an illegal abortion in Mexico, as she had done.

As a result, during the trial proceedings, Norma gave birth to her baby girl and placed her for adoption. In 1973, the Supreme Court handed down its ruling along with another abortion case, Doe v Bolton. Norma would later become pro-life and would eventually request that the court reverse the case that bears her name. Norma died in 2017 without seeing Roe overturned.

“Norma became a poster child for the abortion movement while never having an abortion herself,” Rose states in the video.

The Doe v. Bolton companion case to Roe originated from a lawsuit filed against Georgia Attorney General Arthur Bolton challenging the Georgia law which permitted abortion only in cases of rape, severe fetal deformity, or threat to the mother’s life. A three panel district court declared portions of the Georgia law unconstitutional, and the case made its way to the Supreme Court to be decided along with Roe. Plaintiff “Mary Doe” was later revealed to be Sandra Bensing Cano, who, while pregnant with her fourth child, was seeking legal help to get custody of her children in foster care and then to divorce her husband.

Cano met with activist lawyer Margie Pitts Hames, who filed suit on Sandra’s behalf to obtain an abortion. But Cano later told the media, “The case brought by my lawyer in the name of Mary Doe was a fraud upon the Supreme Court of the United States and the people of America. My mother and my lawyer wanted me to have an abortion. Not me. I ran away to Oklahoma to avoid the abortion they demanded.”

Cano later petitioned to have the case argued in her name reversed. Her affidavit states in part:

Although the courts understood that ‘Mary Doe’ was not my real name, what the courts did not know was that, contrary to the facts recited in my 1970 Affidavit, I neither wanted nor sought an abortion. I was nothing but a symbol in Doe v. Bolton with my experience and circumstances discounted and misrepresented…. I did not want an abortion….

I truly thought Margie Pitts Hames was having me sign divorce papers…. I told both my mother and my lawyer that I would not have an abortion. Not then. Not ever. They persisted in their demands upon me…. I am certain the signature on the affidavit that said I wanted an abortion was not mine.

In a written statement, Cano added, “I was fraudulently used by the Court system to bring abortion to America. No one should have a right to kill their children. No mother should ever want to do so. It is time for a breakthrough to cancel and annul Doe v. Bolton, which is a covenant with death….”

In her book, “A Question of Choice,” Weddington would later admit, “Ours were not cases about only Jane Roe or John and Mary Doe, they were the vehicles for presenting larger issues.”

Norma wasn’t even at the hearing, Weddington stated. According to a report by Newsweek, Weddington admitted that, “All Jane Roe did was sign a one-page affidavit. She was pregnant and didn’t want to be. That was her total involvement in the case.” Newsweek added, “In fact, Weddington said, if she had it to do over again she wouldn’t use McCorvey as the plaintiff: ‘I’m sorry I went to Dallas.'”