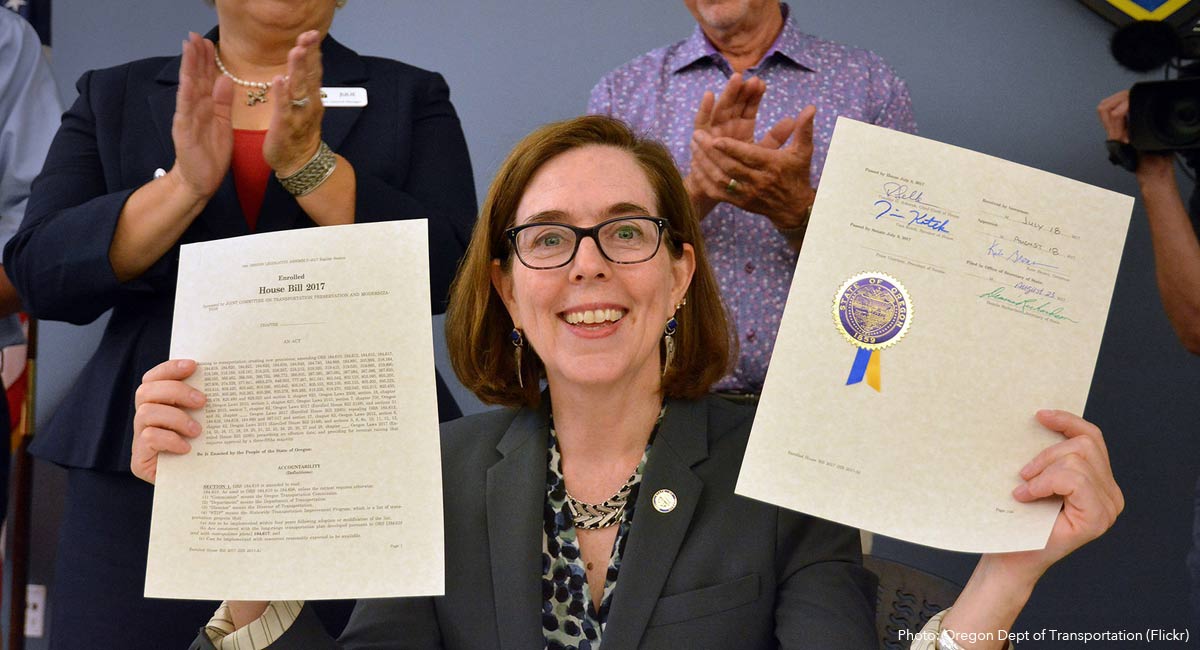 In a move that shows just how truly beholden to abortion she is, Oregon Governor Kate Brown has announced plans to reject all Title X family planning funding for her state if President Trump’s Protect Life Rule — which bars abortion providers like Planned Parenthood from receiving Title X funding unless they meet certain conditions — is adopted.

According to Oregon Right to Life, Brown made the announcement on Monday, July 30, 2018. The group notes that the Protect Life Rule “would cut $50 to $60 million of the more than $500 million in taxpayer funding that Planned Parenthood receives annually” — unless, of course, Planned Parenthood changes its business plan, providing separate facilities for its lucrative abortion business altogether. Planned Parenthood commits approximately 320,000 abortions annually — nearly 35 percent of the entire country’s abortions done by one corporation alone. And yet, they still receive increasing taxpayer dollars.

ORTL executive director Lois Anderson called Brown’s plan “a bizarre political stunt” which “threaten[s] the healthcare access of over 50,000” extremely low-income state residents. Bizarre, because, as Anderson points out, “This new HHS rule… would not eliminate a dollar from preventative family planning.” Instead, that same funding would be “redirected to federally-qualified healthcare centers… [which] do not provide abortions nor share the same staff or facilities as abortion providers.” For Planned Parenthood and other abortion businesses, this is a problem — because most of their facilities which house “abortion services” are the same facilities where they dispense birth control.

Anderson adds that the state is in a fiscal crisis, and says this move proves, once again, that Gov. Brown “is not a friend to Oregonians, but to Planned Parenthood of Oregon.”

In 2017, Gov. Kate Brown announced that the state of Oregon would force its taxpayers to fund abortions on demand, for citizens and non-citizens alike. Live Action News reported at that time:

The law requires abortion coverage to Oregonians, regardless of income, gender identity, or citizenship status, and allocates roughly $500,000 over the next two years to provide abortions to undocumented immigrants.

The Associated Press reported: “The Oregon bill is unique… in that patients would have access to the procedure for virtually any reason, at any time, including sex-selective and late-term abortions.”

In what should come as no surprise, Planned Parenthood of Oregon has endorsed Gov. Brown for re-election in 2018.

As reported by Townhall.com, at least two other Democratic governors have joined Brown in claiming they, too, will reject HHS funding if the Protect Life Rule is adopted.