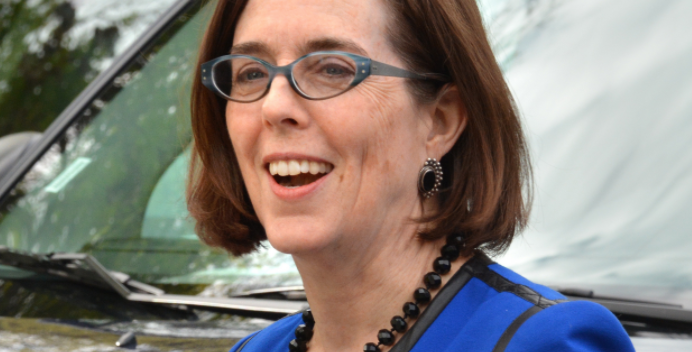 Oregon Gov. Kate Brown signed into law a bill Tuesday requiring taxpayers to fund abortions through health insurance plans for both citizens and undocumented immigrants. The measure, which is being labeled as one of the most extreme pro-abortion policies in the nation, makes Oregon the first state to strong-arm taxpayers into funding all abortions, including sex-selection abortions and late-term abortions.

The law requires abortion coverage to Oregonians, regardless of income, gender identity, or citizenship status, and allocates roughly $500,000 over the next two years to provide abortions to undocumented immigrants.

The Associated Press reported: “The Oregon bill is unique… in that patients would have access to the procedure for virtually any reason, at any time, including sex-selective and late-term abortions.”

After the measure passed the state legislature last month, Gov. Kate Brown applauded the move and signaled her support of the bill on Twitter: 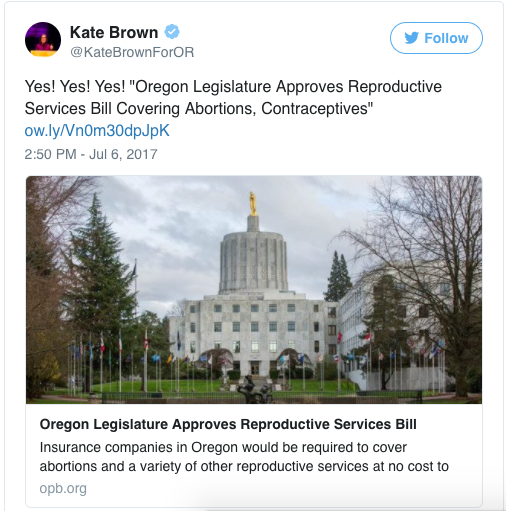 The New Yorker reports that Brown is a longtime abortion activist. In the aftermath of the 1973 Roe v. Wade Supreme Court decision, Brown urged her mother to become a Democrat. She also volunteered at the Feminist Women’s Health Center in Portland.

In an interview on Fox News with Martha MacCallum, Live Action President Lila Rose called the bill an extreme push to force abortions on taxpayers. Rose urged lawmakers to protect the preborn, noting that lives are at stake.