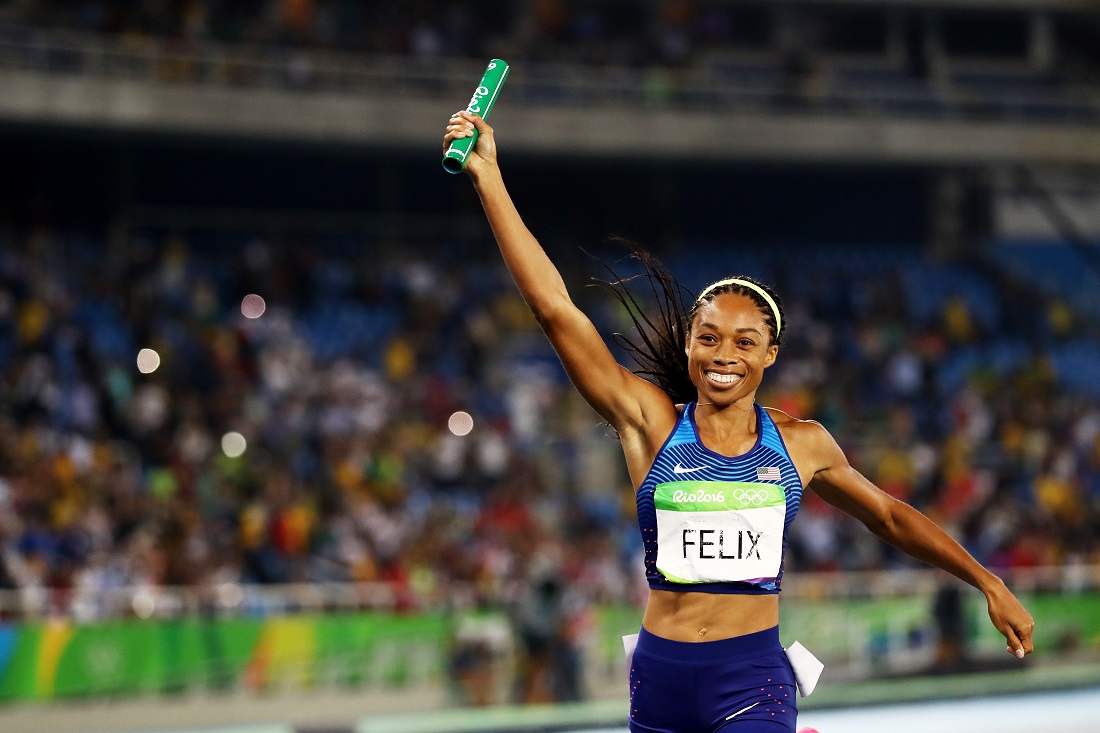 Olympic superstar Allyson Felix is letting the world know that women can excel without sacrificing their desire to be mothers. One of the best athletes in the world, Felix struggled with sponsorships once she became pregnant. But she refused to back down or lower what she knew she was worth, and today, she’s still doing amazing things.

“Becoming a mom has been so incredible,” she said in an interview with Good Morning America. “It was a little scary starting out; I gave birth prematurely at 32 weeks, and saw my daughter fight in the NICU. Just… watching her grow has changed my life, it’s changed my motivation, and now as I train for this Olympics, I am so proud to partner with Pantene to really reflect that legacy. It’s so much bigger than on the track. It’s me as a mother, and me as an advocate for women, and I’m just really grateful that they are reflecting that.”

Not every company has been supportive of Felix’ journey as a mother; she wrote a now-famous New York Times op-ed accusing Nike of trying to force her to take a 70% pay cut when she was pregnant. When she requested a guarantee that she wouldn’t be punished for performing at a lower level while pregnant and postpartum, Nike refused that as well.

“I’ve been one of Nike’s most widely marketed athletes,” she wrote. “If I can’t secure maternity protections, who can?”

READ: Nike spotlights pregnant athletes in powerful maternity ad. But for some, it’s too little, too late.

But since then, even as a mother, she’s continued doing incredible things, including breaking Usain Bolt’s record as the most decorated athlete — of any sex — in World Athletics Championships history. Her fifth Olympics is next, and being so successful after becoming a mom is something that surprised even her. “I think it’s really looked at as you can only do one,” she said in an interview with Romper. “I know even for myself, when I thought about becoming a mom I always kind of imagined it happening when I was done with my career.”

That mindset isn’t surprising, and Felix isn’t alone in thinking that way. Runner Phoebe Wright, who also had been sponsored by Nike, previously said, “Getting pregnant is the kiss of death for a female athlete. There’s no way I’d tell Nike if I were pregnant.”

Yet athletes like Felix fought back, and they’re proving motherhood doesn’t slow these extraordinary women down. “Becoming a mom — it shifted my focus to thinking about this world that my daughter will grow up in,” she told Romper. “I don’t want her to have the same battle. [Motherhood] gave me that final bit of push that I needed and helped me find my voice so that I could speak on these very important issues.”

That mindset is something she thinks women can use even if they’re not celebrated Olympians.

“Whether it’s as a professional athlete or in the corporate world or whatever, I think it’s really sometimes seen that you’re going into this next chapter of life [when you have a baby] and I just, I think that’s a misconception. There’s no reason that you can’t have your best performances after becoming a mother, or do your best work,” she said, adding, “[Motherhood] is something that takes you to the next level and gives you even more reason to go after whatever that goal is.”