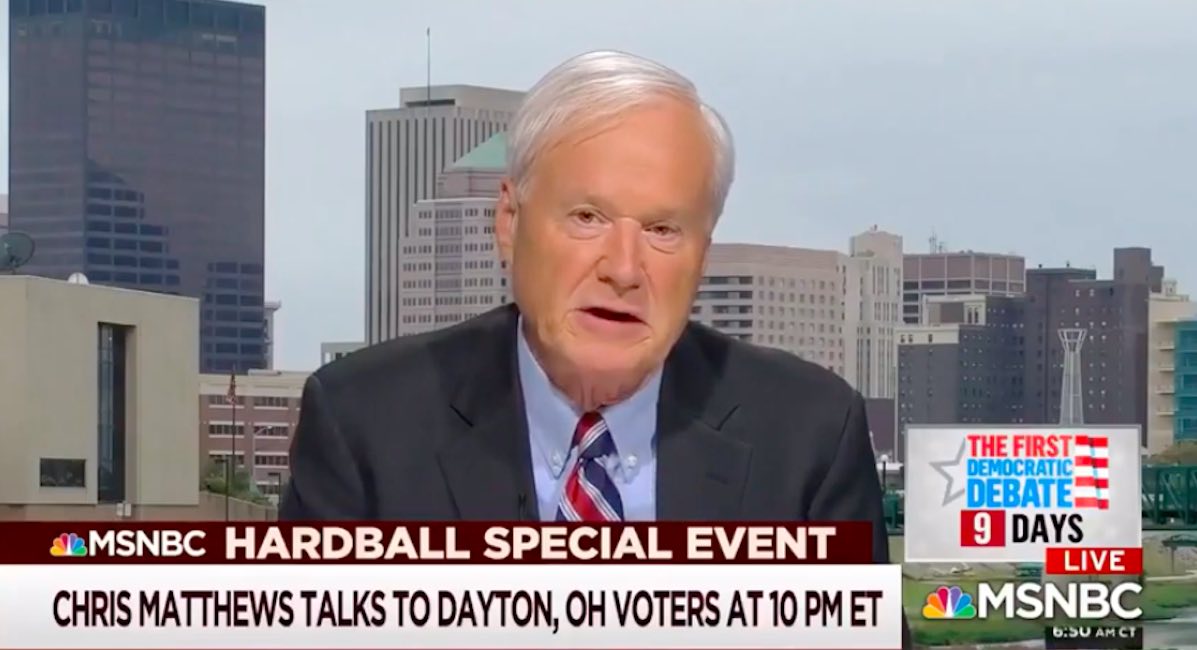 In a discussion about Trump voters who may not fall into typical categories, Matthews noted that many voters do not feel seen or heard. In fact, intentionally overlooking or dismissing someone, especially when it comes to deeply-held beliefs on abortion, does not make political sense.

“It’s one thing to disagree about abortion rights,” said Matthews. “We all have our own personal views — and nuances by the way, lots of nuances in that fight. But don’t make fun of the other side, don’t make fun of the pro-life people. Don’t think they are low-brows because they aren’t as sophisticated as you are. I think there’s a lot of that attitude that creeps into the vote — ‘oh not only do they disagree with me, they look down on me for caring about life. Oh, I get it. I’m not one of them. I know that.'”

Groups like Democrats for Life, which held its first annual conference in July of 2018, represent a passionately pro-life voice within the party. Democrats have made key contributions to the pro-life cause in states around the country, including in New Mexico, where eight Democrats voted against their party on an abortion initiative, preventing the measure from being passed. But these pro-life Democrats continue to be pushed out over time, a phenomenon to which Matthews is alluding.

READ: These lawmakers have had their character questioned… just for being pro-life

“Trump played the life vote brilliantly in Pennsylvania last time and he’ll probably do it again,” Matthews said regarding those who may not be natural Trump voters, but feel strongly about protecting life. “You’ve got to be careful about whose feelings you are definitely hurting.”

The radical nature of candidates’ pro-abortion positions has played a front-and-center role this election cycle. Democratic candidates seem to be vying with each other to take the most radical pro-abortion stances possible. But poll after poll, including comprehensive, in-depth polling published in January 2019, has shown that most Americans on both sides of the political spectrum want restrictions on abortion.

According to a January Marist poll, 60% of Democrats want abortion restricted to only the first trimester. Fifty-six percent of Democrats opposed taxpayer funding of abortion internationally. And overall, 20% of Democrats describe themselves as “pro life.”

As Mike Barnicle noted prior to Matthews’ comments, Democrats ignore pro-lifers and others with differing views at their own peril. “A substantial percentage of people who voted for Trump, guess where they live? They live next door to you,” said Barnicle. “They live down the street from you.”

And indeed, Matthews spoke to this as well. “The Democrats have a lot of people that feel discarded by them, and they’re not too happy about it.”