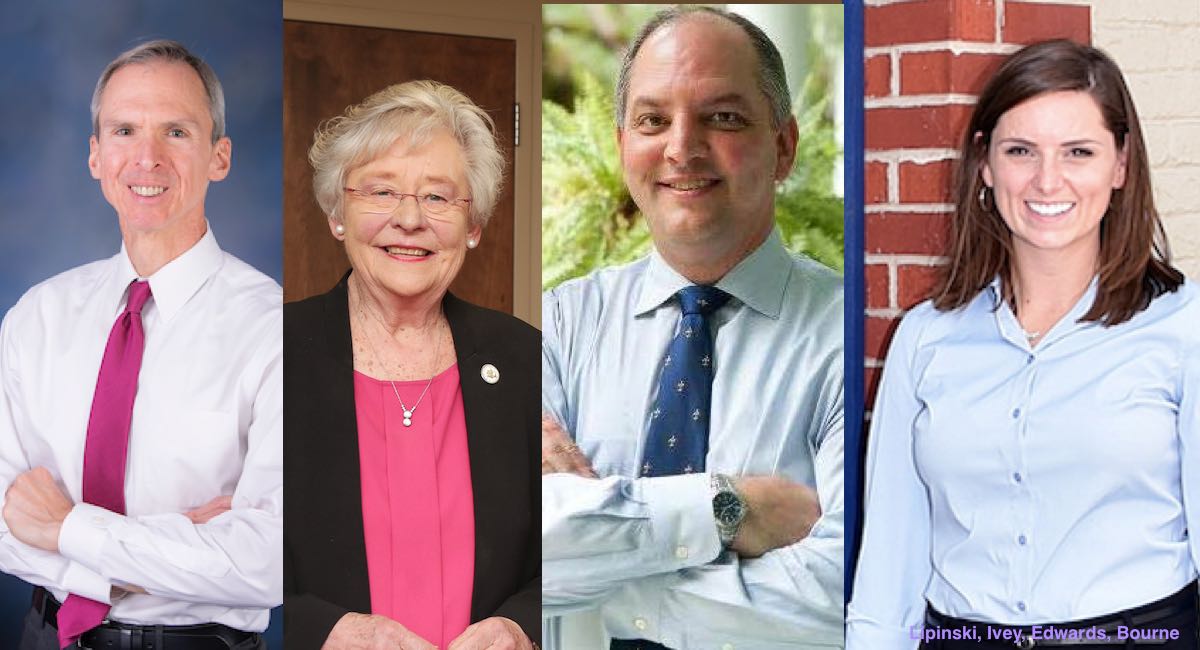 As both pro-life and pro-abortion bills seem to be battling it out among the states, pro-life lawmakers are facing a great deal of criticism for standing against the slaughter of millions of innocent preborn children every year. It seem that while pro-abortion lawmakers rarely have their character called into question (they’re for “women’s reproductive rights,” so the media tells us), pro-life lawmakers seem to have to defend their perfectly reasonable and logical position. Here are some examples:

In Illinois, female Republican state Rep. Avery Bourne gave a moving, emotional speech to oppose an extreme pro-abortion bill. Bourne, who is pregnant, even grew tearful as she spoke. “This bill will mean that, for a woman at my stage in pregnancy, where the baby responds to his dad’s voice as he reads him books at night, the woman could go to the facility – the baby is perfectly healthy – but if that woman says based on my familial health, this is medically necessary, that is allowed,” she said.

Terry Cosgrove, an LGBT activist and president and CEO of Personal PAC, an Illinois abortion advocacy group, slammed the fact that Bourne was given time by her fellow Republicans to question the bill, calling it a “cheap political ploy because the Republicans have faced criticism about men telling women what to do.”

Cosgrove’s response to Bourne immediately came under fire from other Republican women. “This is a time when we talk about the importance of empowering women and acknowledge their value in leadership roles, so for Personal PAC and those Democrat male members of the General Assembly who stood with him to degrade our assistant leader’s importance as a spokesperson for our caucus is absolutely indefensible,” Rep. Margo McDermed told the Belleville News-Democrat. “Leader Bourne has always been one of our caucus’s most outspoken advocates for the protection of unborn life. Any attempts to diminish the credibility of her voice are appalling.”

Cosgrove eventually apologized, but he claims to advocate for women, yet thought nothing of making prepared remarks during a press conference denigrating a woman for having the “wrong” opinion, and insinuating that her speech was merely a cover for men. He made no effort to rebut her points at all; instead, he attacked her credibility and sincerity as a pro-lifer.

In Alabama, Kay Ivey is the female Republican governor who recently signed into law a bill that bans abortion after a heartbeat can be detected. This sent the abortion industry into an uproar, with its defenders eager to come after none other than Gov. Ivey.

Today, I signed into law the Alabama Human Life Protection Act. To the bill’s many supporters, this legislation stands as a powerful testament to Alabamians’ deeply held belief that every life is precious & that every life is a sacred gift from God. https://t.co/DwKJyAjSs8 pic.twitter.com/PIUQip6nmw

A political cartoonist for AL.com, J.D. Crowe, wrote that “it was Ivey’s signature that stabbed women in the back.” Think Progress pushed the idea that pro-life Republican women like Ivey are really just tools for misogynistic men, featuring comments from the ardently pro-abortion Erin Matson, founder of Reproaction. Matson deeply insulted all pro-life, Republican women, writing:

Although the conservative movement is dominated by white men, white women serve an important role in anti-abortion work as “social enforcers of the patriarchy,” Matson said.

Like Bourne, Ivey was insulted as if she is incapable of being pro-life on her own, by those who believe that simply because one is a woman, one must be in favor of abortion. This view from the pro-abortion side is the true misogyny, assuming that women are only pro-life because they have been brainwashed by men. In reality, it was pro-abortion men who originally pressured the women’s movement to add abortion to its platform in the first place, splintering the movement:

READ: These politicians prove that being pro-life shouldn’t be partisan

Also in Illinois, pro-life Democrat Dan Lipinski has thus far managed to fight off NARAL, Planned Parenthood, EMILY’S List, and other pro-abortion organizations desperate to get him out of office. Ilyse Hogue, president of NARAL, has tweeted that Lipinski opposes “women’s rights,” while Melissa Barrow, spokesperson for the Progressive Change Campaign Committee, called Lipinski outdated, out-of-touch, and a “tool of Wall Street.”

But Lipinski is a devout Catholic, which is what he says influences his pro-life beliefs. “It is difficult to be a practicing Catholic and be accepted by many people in the Democratic Party,” he said in an interview with EWTN. “It’s important that we put being Catholic ahead of whatever political party we are in.”

At the end of May, Democrat Governor John Bel Edwards signed into law a bill that would ban abortion after a heartbeat can be detected, usually at around six weeks gestation. “In 2015, I ran for governor as a pro-life candidate after serving as a pro-life legislator for eight years. As governor, I have been true to my word and my beliefs on this issue,” he said in a statement.

In response, Edwards’ political opponent, Rep. Ralph Abraham — who is also pro-life — criticized the move in an interview with Breitbart, saying, “While I’m glad he did, the governor signing that bill was 100 percent politically motivated…. Edwards knew that if he didn’t sign it, there would be zero chance he would win re-elect. But he makes up for it to the pro-abortion community in other ways.”

Another Democrat, Melissa Flournoy, told The Advocate that while she planned to vote for Edwards, she believes his pro-life views are politically motivated. “I don’t know if it’s 1,000 or 10,000, but a lot of progressive advocates and leaders throughout the state are frustrated by these abortion votes,” she said, adding that he “made a decision to run for re-election as the only pro-life Democratic governor in the country, that the pro-life stance will draw more voters to him than he will lose from pro-choice voters choosing not to vote.”

Edwards has stated publicly that it was his daughter’s prenatal diagnosis with spina bifida that solidified his pro-life beliefs, as can be seen in the video below:

Advocates for the right to life for preborn human beings routinely have their principles, credibility, and motives called into question. In reality, it’s the motives of abortion advocates that should be scrutinized because science, modern technology, and common sense all point to one thing: life begins at fertilization. Advocating for the destruction of human lives through extreme acts of violence raises questions about one’s moral compass as well as the motivation behind their support for acts that deliberately end innocent human lives.