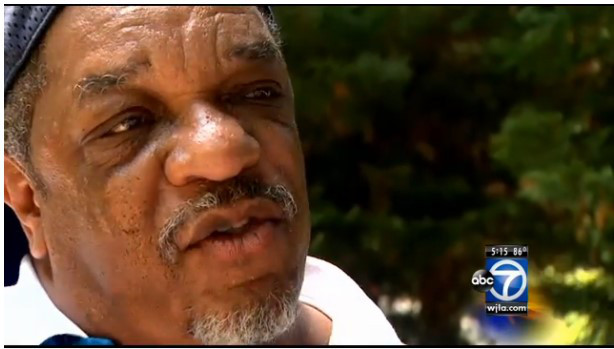 A Maryland abortionist, Harold O. Alexander, has lost his medical license after performing an abortion in 2014 on a woman whose condition instead called for an obstetrical delivery of her stillborn baby. Operation Rescue reports:

… Alexander’s examination of the woman determined that her baby was already dead when she arrived at his facility…. Her treatment should have fallen under obstetrical standards that required him to refer the woman to a hospital for the delivery of her stillborn baby.

Nevertheless, Alexander treated her as if she was getting an abortion. He put her at risk by unnecessarily injecting digoxin into her womb to kill the baby even though the baby was already dead.

An injection of digoxin is common with very late-term abortions, like the one described below by former abortionist, Dr. Anthony Levatino:

Alexander had his license suspended in 2014 for illegally performing abortions without a license. But as Live Action News’ Cassy Fiano reported at the time, this wasn’t his first suspension:

Alexander was previously charged in 2012, for unprofessional conduct, failure to meet the standard of quality medical care, and inadequate medical recordkeeping. Alexander had been accused of sexual misconduct, as well as self-prescribing medications and prescribing medications for family and friends, and his license was suspended. After the suspension was lifted, he remained under probation.

Then, earlier this year, Live Action News’ Carole Novielli reported that Alexander was found to be committing unlicensed abortions again, and the Maryland Board of Medicine said they would keep the complaint “on file” — in other words, no action was taken.

This time, however, the medical board’s license revocation in regards to the 2014 stillborn case stated, “Dr. Alexander exercised poor clinical judgment by disregarding his own medical assessment of the patient and treating the patient he expected rather than the patient who actually presented.” Operation Rescue writes that “[a]nother contributing factor in the Board’s decision was the fact that Alexander had been previously disciplined and was currently on probation at the time of the 2014 incident.” OR also notes that several other conditions were found that “made Alexander’s practice too dangerous to continue,” such as:

1. Alexander’s office was not licensed as an abortion facility.
2. His office had no surgical equipment in the event a surgical procedure was required.
3. He employed no licensed staff to assist him.
4. He held no hospital privileges.
5. His facility had no hospital transfer agreement, which placed the patient in danger in the event of an emergency.
6. He conducted “midnight abortions” in the middle of the night, an indication that Alexander was attempting to operate his very late-term abortion business under the radar.

What is telling, says Operation Rescue, is that “[d]espite these findings, the Board chose not to base its ruling on any of those those egregious factors.”

Read more about the Maryland Board of Medicine’s decision, and about Alexander’s dangerous abortion practices, here.