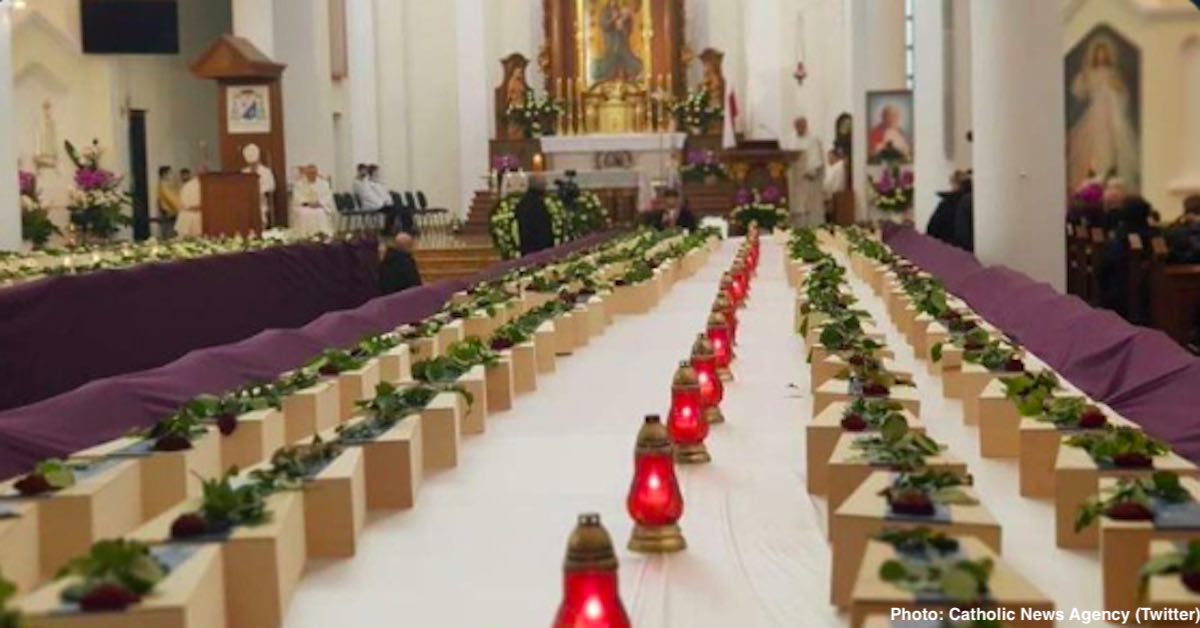 A funeral Mass for 640 preborn babies was held on December 12, 2020, in Poland, which recently moved to further restrict abortion. The Mass was presided over by Catholic Bishop Kazimierz Gurda of Siedlce in the Church of Holy Trinity in Gończyce and included babies who had been lost to miscarriage, stillbirth, and abortion.

“These children have the right to a worthy burial as they are persons from the moment of conception,” said Gurda. “The right to life is a right that cannot be taken away from anyone, including and above all from a defenseless child in the womb.”

The bodies of the babies had been collected from different hospitals, mainly those in the nearby capital of Warsaw. After a blessing with holy water, the 640 preborn children were buried in a nearby cemetery.

A Catholic bishop has presided at a funeral Mass for 640 unborn children in Poland. https://t.co/Dlo4CcVz43

Maria Bienkiewicz of the New Nazareth Foundation organized the funeral as she has been doing for preborn children since 2005, according to the National Catholic Register. It was during that year that the Holy Family Hospital in Warsaw issued a new principle regarding how it would handle the bodies of babies who died before birth. Those principles were adopted by other medical facilities, but some still store the bodies indefinitely.

“Whoever has received the gift of life from God has the right to life and has the right to love,” said Gurda. “Even if their life story ended in a few months, even before they were born, it doesn’t mean they ceased to exist. A person’s life changes, but it doesn’t end. Their life goes on. God has prolonged it for all eternity.”

Abortion in Poland is legal in cases of rape, incest, a risk to the mother’s life, or a fetal diagnosis. Abortion — the intentional and deliberate killing of a child in the womb — is never medically necessary. The approximately 1,000 abortions committed in Poland each year, are mostly due to a prenatal diagnosis. On October 22, 2020, the Polish constitutional court determined that allowing abortion based on a fetal diagnosis is unconstitutional. That law has yet to take effect.