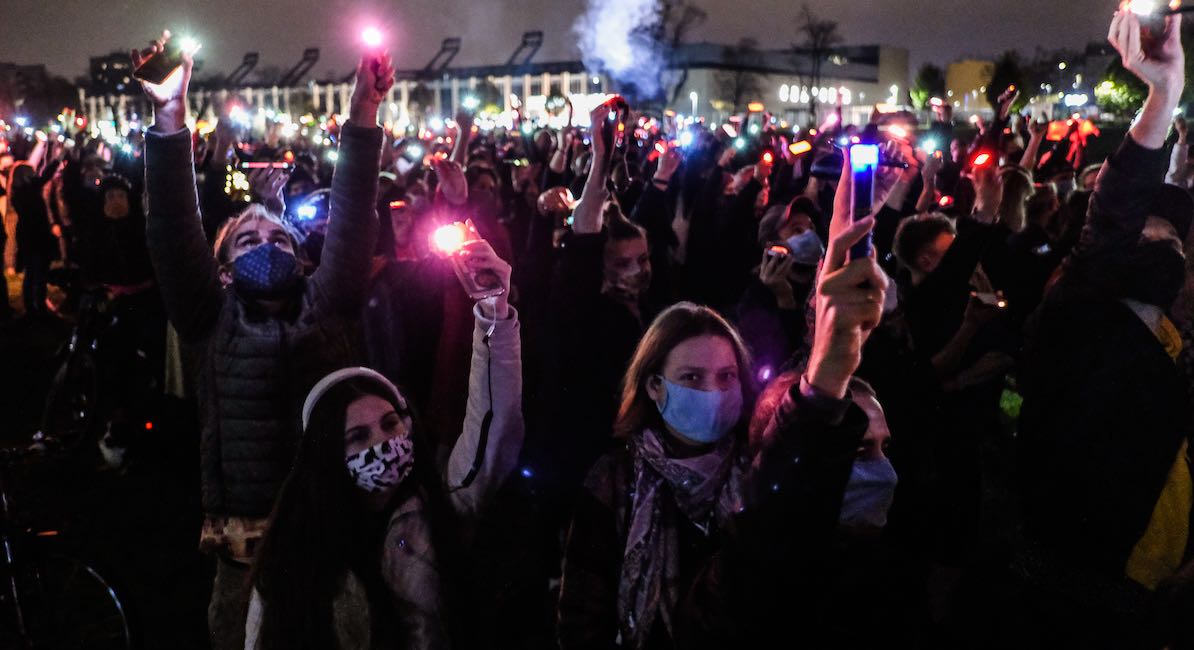 Following protests, Poland’s government has decided to delay the publication of a court ruling last month that banned eugenic abortions based on a fetal diagnosis. Poland’s Constitutional Court had ruled on October 22, that aborting a preborn child because of a poor prenatal diagnosis is unconstitutional.

Abortion is illegal in Poland except in cases of rape, incest, fetal diagnosis, or when the health of the mother is at risk (which is never necessary). According to CNN, about 98% of the abortions in Poland are committed on “wanted” babies who have received a fetal diagnosis. This latest ruling would outlaw such abortions.

When the ruling was handed down, protests broke out in Poland as abortion advocates were angered that it would no longer be legal to kill a preborn child because of a health condition. Because many of these children are not diagnosed until later in pregnancy, these abortions are often committed after 20 weeks. Pro-abortion citizens of Poland are protesting to kill their later-term “wanted” babies either by D&E dismemberment abortion or induction abortion, in which feticide is used to stop the baby’s heart before labor is induced.

According to the Financial Times, the ruling had to be published by the Government Legislation Centre by November 2 in order to go into effect. The government delayed the publication, and therefore, Poland’s former abortion law still stands. Abortion is still legal in cases of prenatal diagnosis for the child as well as cases of rape, incest, and the health of the mother.

Michal Dworczyk, an aide to prime minister Mateusz Morawiecki, said there are talks of a compromise in which pro-life President Andrezej Duda would propose to reinstate abortion in the event a preborn child is diagnosed with a “lethal” health condition. However, many health conditions that are deemed “incompatible with life” or “lethal” are not. Children with conditions such as Trisomy 18 are surviving and thriving, despite doctors’ predictions that they would die at birth. According to the Associated Press, Duda would ban abortions for other diagnoses such as Down syndrome, but this may still be deemed as too restrictive by abortion advocates.

“A discussion is going on, and it is good that in this situation, which is difficult, and which causes a lot of emotion, to give ourselves a bit of time for dialogue, and for working out a new position,” Dworaczyk told TVN24 according to the Financial Times.

Now, Parliament’s review of Duda’s proposals has been delayed for two weeks, which is allegedly due to cases of COVID-19. According to the Associated Press, constitutional law experts say that the delay in publishing the ruling violates a legal provision.

“This is by far the worst option,” said Marcin Marczak, a law professor at Warsaw University. “It boils down to this approach that if someone does not like a ruling by the Constitutional Tribunal, he may not publish it.”