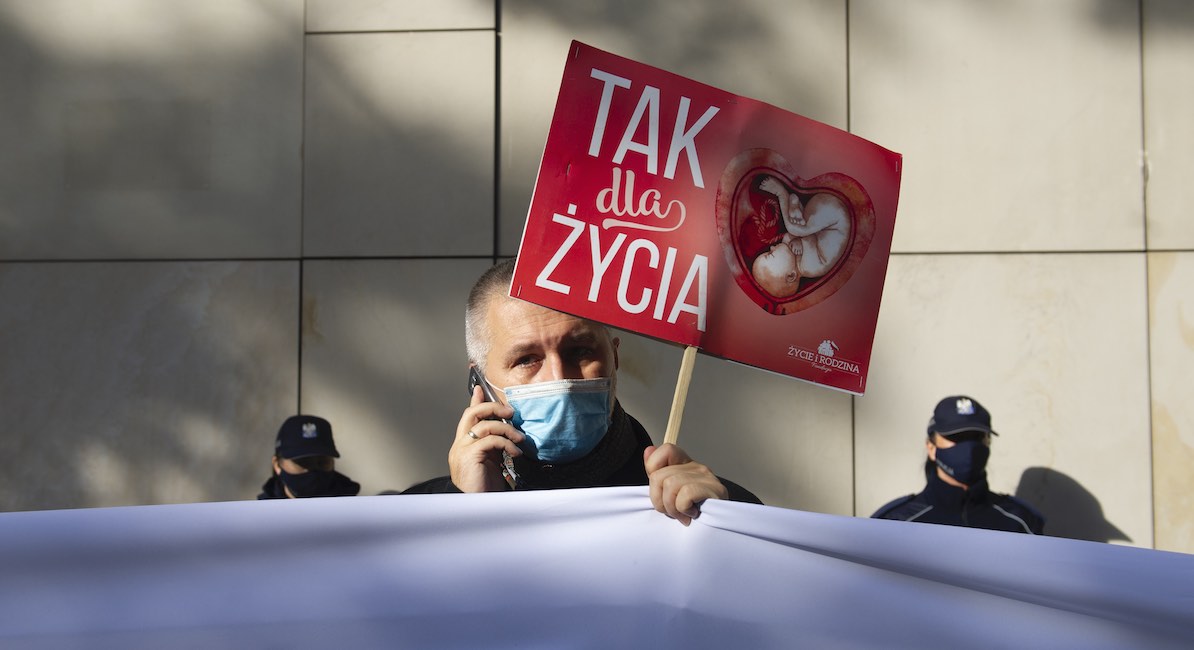 Poland’s highest court ruled Thursday that aborting a preborn child because of a poor prenatal diagnosis is unconstitutional. The ruling was handed down from a 13-member Constitutional Court with just two judges dissenting. Poland, which already had strong pro-life laws, will allow abortion only in cases of rape and incest and when the mother’s life is at risk (which is never actually medically necessary).

Poland’s governing Law and Justice party placed pro-life measures at the top of its agenda and attempted to pass a bill banning abortions because of a fetal diagnosis just as the COVID-19 pandemic began.

“I am a strong opponent of eugenic abortion and I believe that killing children with disabilities is frankly murder,” Polish President Andrzej Duda said at the time. “If the plan finds itself on my desk, I will in all certainty sign it.” The bill, however, did not make it through parliament. That’s when the court took it up.

The Associated Press reported that in court, those in favor of the law argued that aborting a baby because of a diagnosis is an act of eugenics like those used by the Nazis in their pseudo-scientific experiments. Discriminatory abortions violate the Polish constitutional provision that calls for the protection of every individual’s life.

Archbishop Marek Jedraszewski praised the ruling, saying the judges showed “courage” in their defense of human life “from the moment of conception to the [moment of] natural death.”

Within hours of the ruling’s announcement, however, abortion advocates took the street despite the ban on gatherings due to the pandemic. They held signs claiming the judges “have blood on your gowns” despite the fact that banning abortion because of a fetal diagnosis will not lead to the deaths of women, but to the protection of the lives of disabled children.

As reported by Angelus News, this day has special significance for many in the largely Catholic nation: “Oct. 22 is the feast day of the Polish pope St. John Paul II, who led the Church from 1978 to 2005 and galvanized the pro-life movement around the world.”