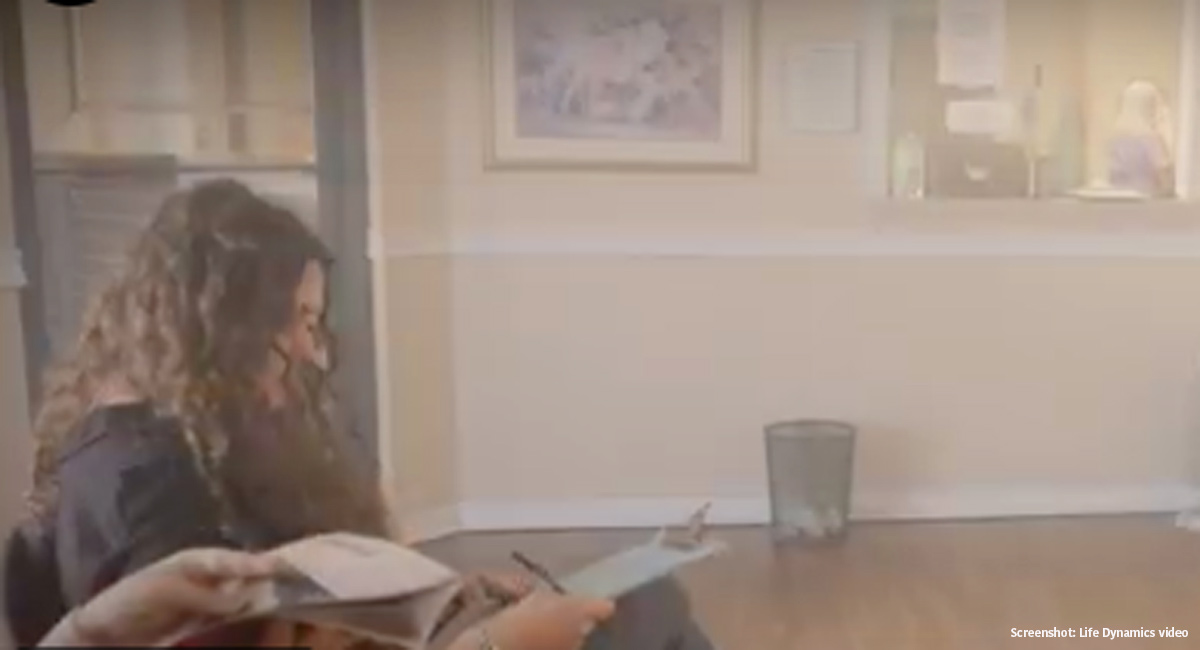 Pro-life organization Life Dynamics has reported that Facebook is refusing to run an ad for its latest pro-life video, “A Message From the Unborn.”

As Live Action News previously shared, the beautiful, non-graphic video is a powerful reminder for those in the pro-life movement to keep fighting for the preborn. In the moving, 60-second video, the voice of a preborn child speaks to pro-lifers moments before his mother aborts him. His message is simple – keep up the fight.

Life Dynamics decided to run an ad in the hopes that this compelling message would reach as large an audience as possible. However, their initial ad request was denied on the grounds that the video was sexual in nature, which it isn’t). Life Dynamics appealed the decision, but the ad was denied once again, this time because Facebook claimed that the ad is political. This is also a spurious claim, as there is nothing political in the ad or the video it is promoting. Unfortunately it appears that Facebook is grasping at straws in order to prevent Life Dynamics from sharing the pro-life message.

This is hardly the first time that a pro-life organization has faced social media censorship. Again and again, the forces behind the largest social media platforms — Facebook, YouTube, and Twitter — have repeatedly stifled the pro-life message. In January, YouTube removed, without explanation, one of Live Action News’ undercover videos that had been posted for years (the video was eventually reinstated after appeals through various channels). Facebook also continues to prohibit Live Action from running ads for its viral Abortion Procedures medical animation videos featuring former abortionist Dr. Anthony Levatino describing the abortion procedure. Last fall, Facebook censored ads promoting the pro-life movie Gosnell, and both Facebook and Twitter refused to allow posts and videos from pro-life organization Choice42. Perhaps most recently, Twitter removed the page for the pro-life movie “Unplanned,” and once restored, the platform removed followers and prevented others from following the page. These aren’t the only examples. For years, pro-life groups both large and small have had their messages silenced.

Despite these numerous and repeated instances, groups like Planned Parenthood have been allowed to run ads promoting sex ed, even though these ads clearly violate Facebook policies. In testimony before Congress in April 2018, Mark Zuckerburg as much as admitted that Planned Parenthood has never been censored, saying that he was “not specifically aware” of any censorship of Planned Parenthood or other abortion-supporting groups.

As Life Dynamics wrote in a Facebook post: “In a world where #abortion is legal, pro-lifers are used to being considered ‘outcasts’ who ‘only care about the unborn.’ Because of the way the media and politicians have portrayed the pro-life movement, we’ve always had to push to get the truth out.”

While there is a distinct and undeniable bias in the social media world, it remains one of the most important ways for pro-lifers to educate about the horrors of abortion. While discriminatory censorship will undoubtedly continue, pro-lifers need to continue to fight to spread the truth.