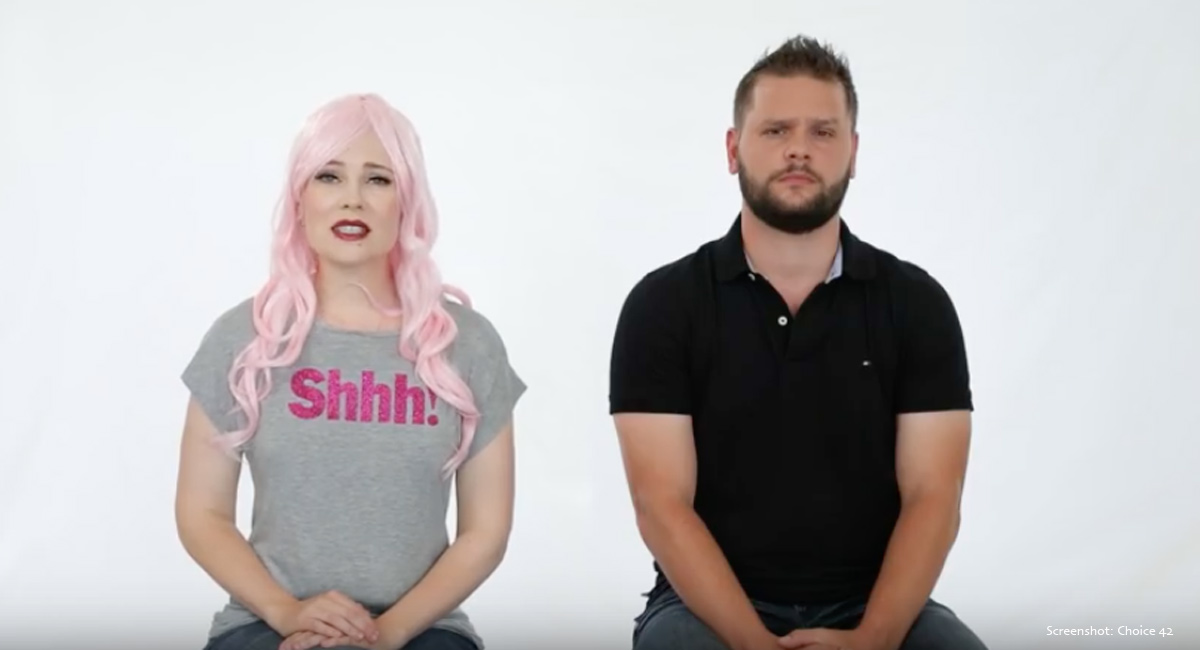 (Life Site News) Facebook is cracking down on the Canadian pro-life group responsible for a series of viral hits, and placing onerous new restrictions on their ability to spread their pro-life content internationally.

The Ontario-based nonprofit Choice42 (Choice for Two) is perhaps best known for a series of satirical videos in which founder and director Laura Klassen dons a pink wig and sarcastically spouts pro-abortion talking points for the purpose of dismantling them. The group also connects women to crisis pregnancy resources, and publishes more serious videos on topics such as the firsthand accounts of women who choose life in difficult circumstances.

On Tuesday evening, Choice42 posted a notice they received from Facebook over one of their most recent ads, which was promoting their video taking aim at the pro-abortion claim that men shouldn’t discuss abortion because they can’t get pregnant. “We find this pretty ironic” that Facebook found the video highlighting a pro-abortion argument “to be discriminating,” they said.

“To avoid disruption to your ad campaigns, please review and accept our non-discrimination policy as soon as possible,” the notice read. It’s unclear whether the warning mistook the ad’s satirical depiction of pro-abortion discrimination to have been in earnest, or was claiming the ad was discriminatory for other reasons.

“We have been getting a lot of censorship lately,” Choice42 told LifeSiteNews. Facebook eventually reversed itself and approved the ad… but only for Canadian audiences.

Facebook appears to be subjecting Choice42 to the same limitation the social media giant began applying to LifeSiteNews this spring, in which publishers who want to run ads in a particular country don’t just have to provide a headquarters or office in that country, but also a government-issued identification, personal address, and the last four Social Security Number digits (in America’s case) for anyone actually posting the ads in that country.

The restrictions are not fully implemented yet, but it appears Facebook wants to ensure that only citizens of a particular country can run ads in that country of a “political” nature or otherwise deemed “of national importance.” Since the U.S. presidential election in 2016, Facebook has amplified efforts to combat what it calls “foreign election interference,” but the new rules threaten to severely limit the impact of pro-life groups that operate internationally.

This isn’t the first high-profile encounter Choice42 has had with Facebook censors. In October, the social media platform took down a post comparing abortion to slavery and the Holocaust as “hate speech,” and a video about a rape survivor who chose life because it “violated Facebook community standards.” And Facebook isn’t the only one.

“Twitter has done to us what they’ve done to Live Action, making our entire account ineligible for promotion unless we delete all of our ‘anti-abortion tweets,’” Klassen said at the time. “Live Action has been quite successful about making it known that they are being censored. I find it interesting that Facebook/Twitter cares enough about our little Canadian org to do the same to us.”