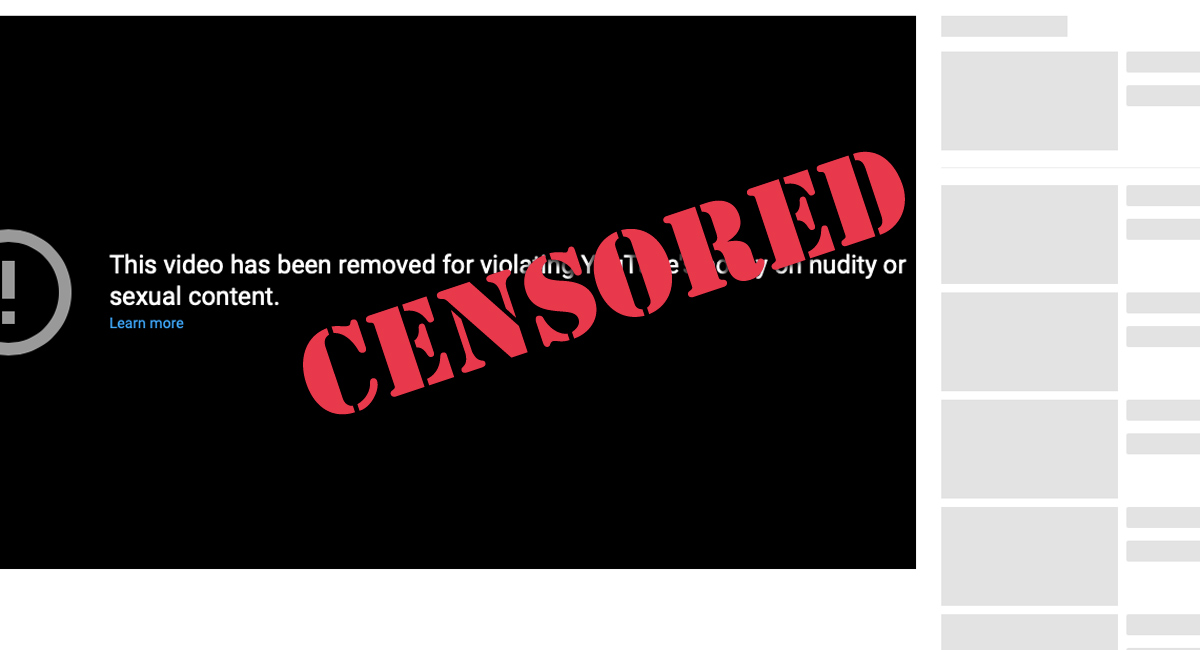 1/14/19: This weekend, Live Action News received notice that YouTube has removed one of Live Action’s undercover videos, published January 31, 2011, and viewed nearly 44,000 times, exposing how Planned Parenthood employees aided and abetted actors posing as sex traffickers of minors. The video, titled “Perth Amboy, NJ Planned Parenthood Full Footage Part 1 of 2” was removed for alleged “sexual content.” A message where the video once was reads, “This video has been removed for violating YouTube’s policy on nudity or sexual content.” An appeal was reportedly reviewed and rejected.

Live Action received a message from YouTube regarding the eight-year-old video, stating:

Your video “Perth Amboy, NJ Planned Parenthood Full Footage Part 1 of 2” was flagged for review. Upon review, we’ve determined that it violates our guidelines. We’ve removed it from YouTube and assigned a Community Guidelines strike, or temporary penalty, to your account….

YouTube isn’t the place for sexually provocative content. In addition to this, violent, graphic, or humiliating fetishes aren’t allowed on YouTube, and videos containing this type of content will be removed. We review content on a case by case basis, and videos will either be removed or age restricted, depending on the severity of the act….

Though part one of the full footage has been removed, the content of the video can still be seen in the edited compilation below from multiple Planned Parenthood locations. The relevant Perth Amboy content starts at 2:49, from Live Action’s most recent video exposé, Aiding Abusers. This series documents the multiple ways Planned Parenthood has aided child sexual predators, abusers, and sex traffickers. The documentation for these videos includes actual court documents and records from cases involving Planned Parenthood.

As can be seen in the video, the only “sexual content” here are statements made directly by Planned Parenthood employees themselves, and no nudity or other sexual content is seen.

Instead of helping Live Action to expose the way abortion industry leader Planned Parenthood has shown willingness to aid and abet sex traffickers, YouTube is choosing to censor this information.

This isn’t the first time YouTube has attempted to silence Live Action’s pro-life message and exposing of the abortion industry’s inner workings. This happened in 2009, in 2012, and just one month ago, pro-abortion writer April Glaser reported that she complained to YouTube about seeing more pro-life content than she cared to when she searched the video site for “abortion” — pro-life content including Live Action’s viral Abortion Procedures videos — so YouTube changed its algorithms to purposely bury some of the most popular pro-life content on its platform.

YouTube is owned by Google, and Google has a history of censorship when it comes to pro-life groups.