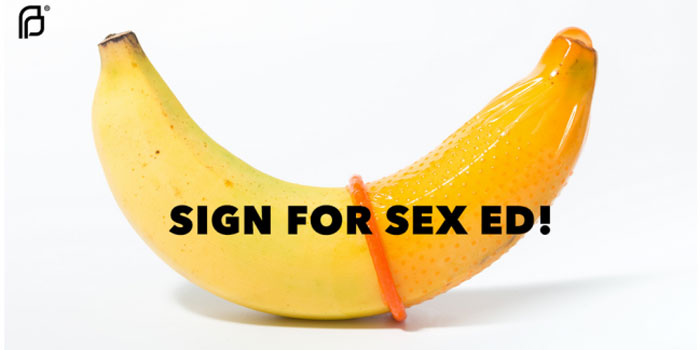 It’s no surprise that Planned Parenthood wants comprehensive sex education at every public school in the nation, but now it seems to think the advertising rules of Facebook don’t apply when it comes to its ads promoting sex education.

Facebook recently launched new advertising policies for ads that are related to political content. Since Facebook considers abortion, health, education, and government reform to be political issues, virtually everything related to Planned Parenthood ads fall under this banner. The new policy states all political ads will be subject to the following rules:

Despite these new rules, it seems that some ads paid for by Planned Parenthood may not comply with Facebook’s requirements and restrictions for its ads.

Ads must not promote the sale or use of adult products or services, except for ads for family planning and contraception. Ads for contraceptives must focus on the contraceptive features of the product, and not on sexual pleasure or sexual enhancement, and must be targeted to people 18 years or older. 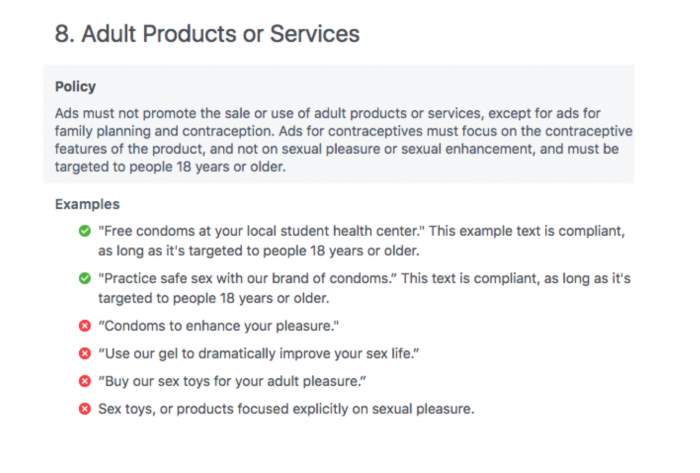 However, Planned Parenthood seems to have ignored the stipulation on the focus of the add not being “on sexual pleasure or sexual enhancement.” 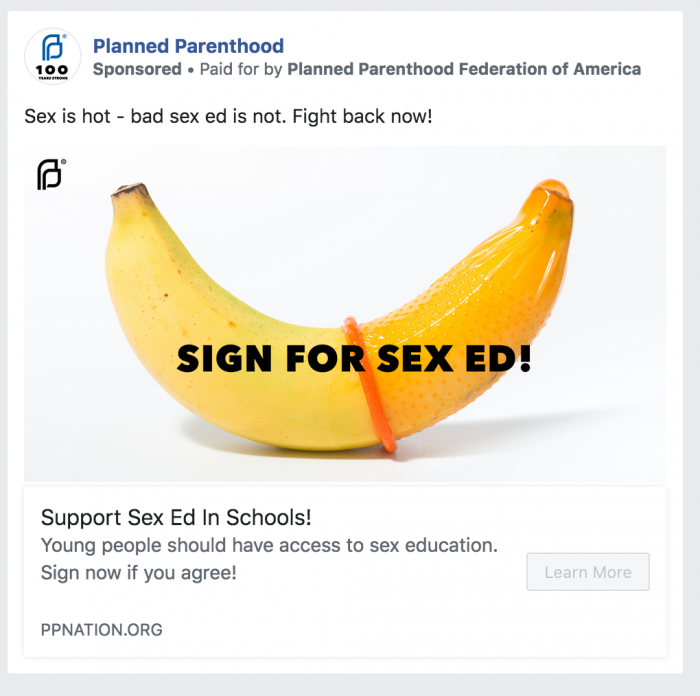 Despite those rules, Facebook’s ad system is somehow permitting an organization whose business model relies on young people being sexually active to deliver content that promotes sexual activity among people under the age of 18.

Indeed, these ads are clearly targeted not for the purpose of showing the use of a condom in its role of pregnancy or disease prevention, but as part of a fun, exciting experience. “Sex is hot” is certainly not a phrase that explains the function of a condom, in accordance with Facebook’s policy.

And as Life Site News Reports:

It would not be the first time Facebook bent the rules for a political ally. In March, former Obama for America media director Carol Davidsen revealed that Facebook allowed former President Barack Obama’s campaign to take users’ personal information because “they were on our side.” The social media giant is one of several tech companies currently embroiled in an ongoing scandal over alleged discrimination against conservative users and groups.

The ads appear to further violate Facebook’s policy, which states that ads for permitted adult products or services may not be targeted ads to users under 18. Looking at the ad’s performance and audience, viewers can see that over 25 percent of the people who saw, for example, this ad, were under the age of 18. 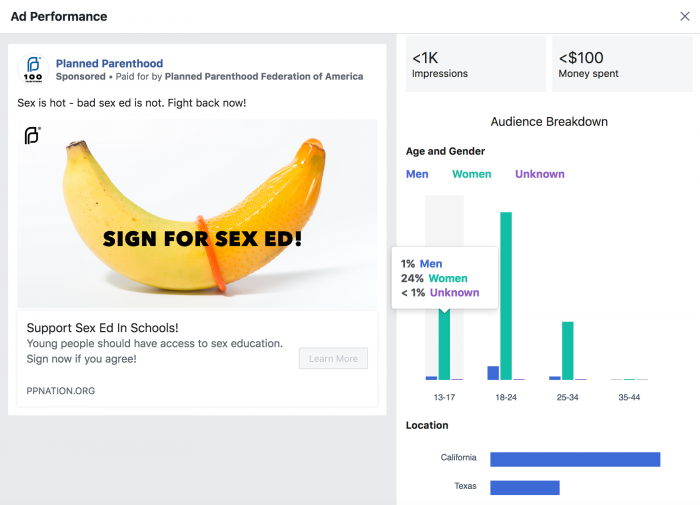 This picture and other “fun” condom pictures with varying text appear in other ads placed around Facebook. In fact, The archive of ads from Planned Parenthood, only for sex education promotion (there’s a whole slew of other ones from the abortion corporation, as well), is quite large. 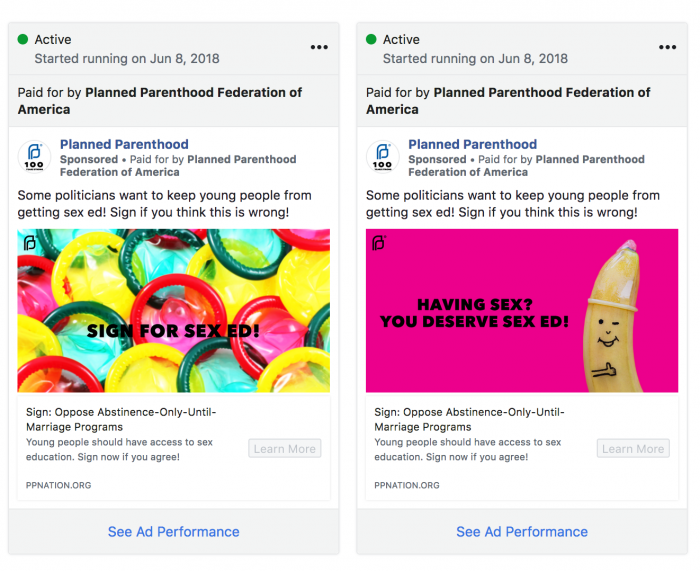 And a significant percentage of the audience of these other ads are also minors. 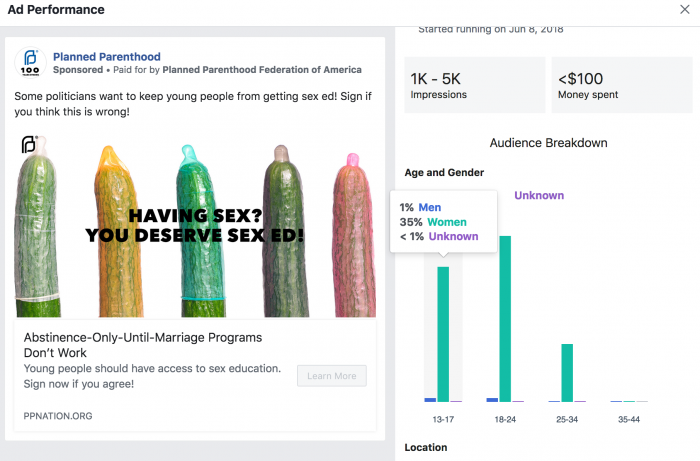 Of course, that doesn’t include the majority of 11-15-year old children who reportedly lie about their age when they sign up for Facebook, which one story reported included over 40 percent of these young people who said they were over 18. A more recent story speculates that if there were 7.5 million out of 20 million Facebook users under 13 in 2011, that number may have snowballed by now. So these numbers, according to Facebook’s own advertising reports, are likely off, with the number of minors being reached much larger than reported. 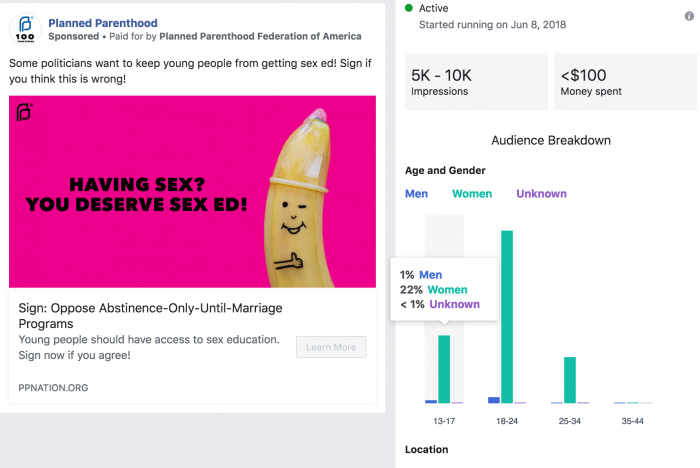 Furthermore, it’s clear there is some targeting to minors even by the verbiage of the campaign. “Oppose Abstinence-Only-Until-Marriage programs” clearly encourages teen sex, even if it doesn’t say so–and obviously with a a quarter to a third of the audience for these ads being between 13-17, it’s a given that this audience is being encouraged to have sex. 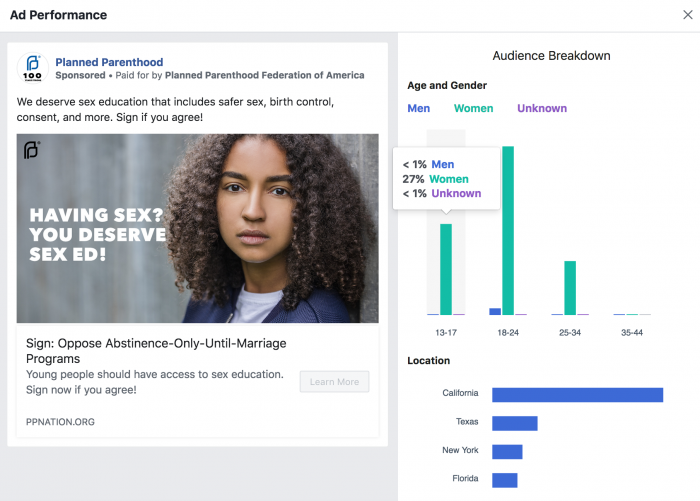 There are no warnings of the dangers or risks involved, whether physically or emotionally. In fact, as Live Action has previously exposed, sex education under Planned Parenthood’s umbrella is a disturbing concept.

Further, as recent Live Action News investigative articles have revealed, when Planned Parenthood is involved in comprehensive sex education in schools, the curriculum is one that many parents would be upset to know their kids were being taught. The same goes for Facebook, a place populated by young people. Parents may monitor their teens’ accounts in some instances, but often that is from their own site, seeing what has been posted and monitoring the page.

Without actively logging on to their child’s account, parents may not know that Planned Parenthood’s influence on their children having sex is beginning right there under their noses–in violations of Facebook’s own advertising policy.