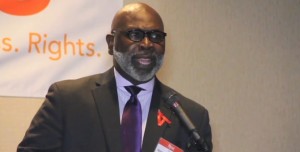 Clearly, Parker thinks highly of himself, believing there is biblical justification for what he does to human beings. (Interestingly, incarcerated abortionist Kermit Gosnell, in prison for “snipping” the necks of babies born alive during abortions, feels the same way about himself.)

But in Parker’s most recent interview with Rolling Stone magazine, he said it is pro-lifers who are out of touch with reality, claiming, according to The Blaze, “that the pro-life movement offers a ‘narrative that is patently false’ about abortion.” Parker told the magazine that in his book, “he details what happens in an abortion procedure.”

Unfortunately, if Parker’s description is anything like Planned Parenthood’s attempts at describing the procedure (in other words, total avoidance of any reference to the human child destroyed), then it’s not detailed enough.

Perhaps Parker wants the public to believe that pro-lifers have always been pro-life — but this just isn’t the case. Many people have been converted to the pro-life view; some were even once workers in the abortion industry, and have been eyewitnesses to abortion procedures.

The late Dr. Bernard Nathanson, a former abortionist and the founder of NARAL, admitted to once pushing a “patently false” narrative about women dying in droves from illegal abortion in order to encourage legalization of the procedure in the United States. Nathanson later converted to the pro-life position. What about his story, Dr. Parker?

What about the “narrative” of Abby Johnson, a Planned Parenthood center director who witnessed an abortion on ultrasound and was converted to the pro-life position? Is her story “patently false”?

What about the “narrative” of nurse Brenda Pratt-Shafer? She witnessed D&E abortions, describing the dismembered body parts of the preborn children aborted while she was in the room? Is her story “patently false”?

What about the “narrative” of Dr. Anthony Levatino, an obstetrician-gynecologist who committed more than 1,200 abortions before he became pro-life? Is his story “patently false,” Dr. Parker?

Is Dr. Levatino’s description of abortion procedures, with which he has years of experience, “patently false”?

What about the “narrative” of people still active in the abortion industry, like Planned Parenthood’s Dr. Amna Dermish and Dr. Deborah Nucatola, who have not only described the methods of aborting children, but also described the best way to harvest their organs? Are their stories, on videos proven to be authentic, “patently false”?

What about the late-term abortionist Curtis Boyd, who told a media outlet in 2009, “Am I killing? Yes, I am. I know that”? Is his narrative “patently false”?

What about the “narrative” of the aborted unborn children themselves, Dr. Parker? Their mangled bodies, limbs and body parts still clearly identifiable, don’t lie (begin at 10:00 in the video below: warning — graphic).

Pro-lifers say abortion is killing human beings — and that’s exactly what it is. There’s nothing “patently false” about that.