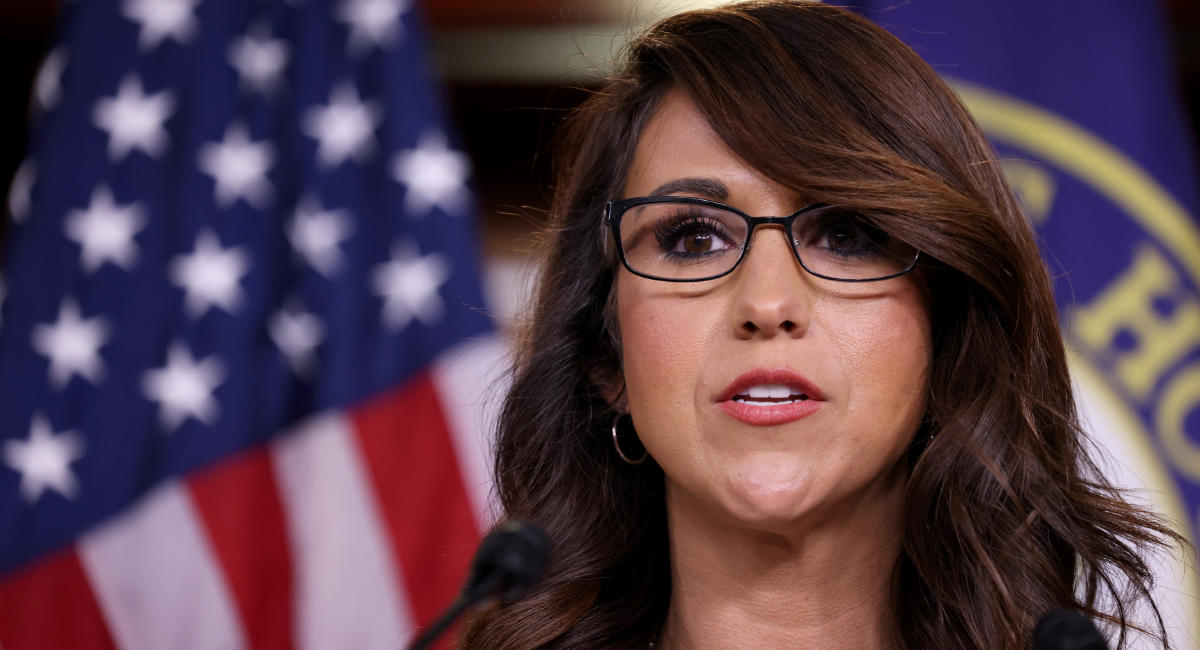 Rep. Lauren Boebert, one of a handful of pro-life women elected to Congress last year, spoke on the House floor this week about Planned Parenthood, with a pointed message: go fund yourself.

Boebert began by speaking out for preborn children. “I rise to speak in defense of those who cannot defend themselves,” she said. “The voiceless. The unborn. I rise to say to say what we all know to be true: that the human life begins at conception, because we know science is real. That more than 60 million babies have been ripped from their mother’s wombs since Roe v. Wade were no less valuable or worthy of life than any of us here today.”

“And that no taxpayer should ever be forced to pay for abortion. Abortion is not health care; it is murder,” she continued. “I will not stand by quiet; I say Planned Parenthood can go fund themselves.”

Despite Boebert’s dramatic remarks, and pleas from pro-lifers across the country, the House passed multiple spending bills Friday that force taxpayers to fund abortions. The spending bills omitted the Hyde Amendment, a pro-life rider attached to every appropriations bill since 1976, which previously had strong bipartisan support. This legislative session, however, Democrats voted unanimously to repeal it.

Research has long found that government funding increases the use of a product or service, and abortion is no exception. And though abortion advocates claim taxpayer funding is needed to fund abortions for people of color, others have fired back that this viewpoint is markedly racist.

“This is a government that has had so many abuses against people of color, and to think that on top of that, it’s going to fund abortion,” Christina Bennett, a pro-life activist and Black woman, said before a Congressional subcommittee regarding Hyde. “[It is] at the least irresponsible and at the most sinister to allow the federal government with a history of eugenics, slavery, Jim Crow laws, and other forms of systemic racism to pay for-profit organizations to end the lives of the vulnerable.”

Polling has consistently found that Americans do not support taxpayer-funded abortion. But Planned Parenthood, as the largest and most well-known abortion business in the United States, has proved with its many scandals and its present-day racism that it does not deserve taxpayer dollars.

Over the years, Planned Parenthood’s legitimate health care services have steadily decreased, while its abortion numbers have risen even as national abortion numbers have decreased. They have also received increasing amounts of money from the government, now enjoying over $600 million in taxpayer dollars each year. The amount of taxpayer funding it receives increased 70% between 2008 and 2018, even as efforts to defund the abortion corporation continue.

Planned Parenthood receives this taxpayer funding even though abortion is highly profitable for the corporation — indeed, its market share of the abortion business nationwide has skyrocketed, as its abortions increase. For the past 20 years, the corporation’s revenues have exceeded expenses by tens of millions of dollars.

Clearly, Boebert was right: it’s long past time that Planned Parenthood should be forced to fund themselves.