Past Live Action investigations and court cases have demonstrated Planned Parenthood‘s willingness to cover for child sexual predators and abusers, even returning victims to their abusers and failing to report underage pregnancies or suspected sexual abuse to authorities. This taxpayer-funded organization, receiving half a billion dollars in these funds annually, should be called to account, especially in a society so aware of sexual assault. So, why is Planned Parenthood’s corruption in this area being silenced by politicians, media and Hollywood alike?

It is possible that these Planned Parenthood-friendly groups know but choose to say nothing, because, like the New York Times recently discovered with Harvey Weinstein, Planned Parenthood has a network of complicit “bodyguards,” so to speak, protecting the organization from damaging scrutiny.

And yet, grueling testimonies and police reports of actual criminal cases in which Planned Parenthood patients, victimized by sexual abuse and rape and then taken for abortions, are available to read at Live Action News (here, here, and here).

The media has repeatedly been caught in Planned Parenthood’s web of lies — though willingly, it seems, as many pro-choice “journalists” allow their support of abortion to keep them from doing real investigative reporting. Even in the face of proof, Planned Parenthood’s media complicity machine remains quiet, resulting in sexual abuse victims being forgotten.

In one example, physician and HLN host Dr. Drew Pinsky, a former employee of Planned Parenthood, came to Planned Parenthood’s defense when pro-lifers made allegations that the abortion corporation covered up child sexual abuse. Rather than do his own investigation, Dr. Drew lashed out at Alliance Defending Freedom’s (ADF) Director of Alliance Relations. Watch the exchange in the video below, where ADF includes the very “evidence” Dr. Drew failed to find on his own:

Planned Parenthood regularly rewards the media complicity machine by “honoring” them with the “Media Excellence” and “Maggie Awards.”

Recently awarded were media outlets and journalists from:

Rolling Stone’s Alex Morris, Dani McClain of The Nation, and Kayla Webley of Marie Claire are all featured in this Planned Parenthood promotional video below highlighting “media excellence.”

Carmon is one of Forbes’ 30 Under 30 in Media and was a national reporter at MSNBC and NBC News. Yet, this “journalist” was recently highlighted at a Planned Parenthood event and has been awarded by the abortion corporation. To date, she has failed to report the way Planned Parenthood covers for child sexual predators. 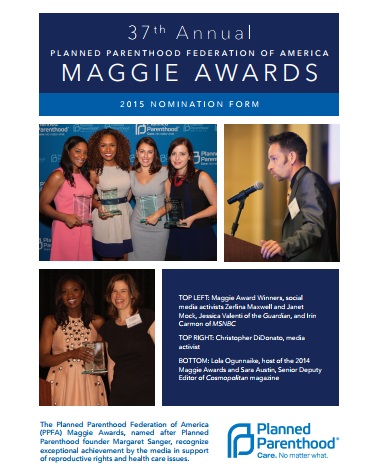 And she is not alone.

The Planned Parenthood Federation of America bestowed Media Excellence Awards to 13 journalists during its 2016 National Conference Gala. Such as…

Goodman, executive producer of Democracy NOW, received the “highest honor” from Planned Parenthood, according to Katie Yoder at NewsBusters.

Goodman, who regularly defends Planned Parenthood, has never spoken out about the organization’s covering of sexual assault crimes. 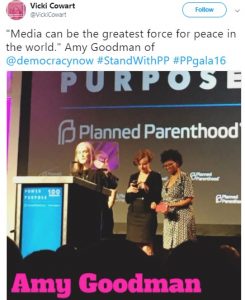 Michelle Goldberg became an Op-Ed columnist for The New York Times in 2017. Previously, she was a columnist at Slate, and a radio and TV commentator appearing in The New Yorker, Newsweek, The Nation, The New Republic, The Guardian and other publications. She was also a keynote speaker for Planned Parenthood, attended several other Planned Parenthood events, and sat on the board of Southwest & Central Florida Planned Parenthood. No bias here, huh?

Rather than stand with sexual assault victims and expose Planned Parenthood, Goldberg defends them. 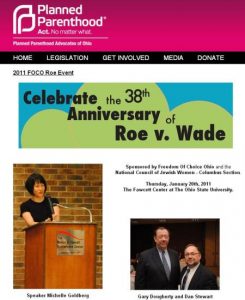 Greenhouse is a New York Times journalist who has also keynoted for Planned Parenthood Houston. 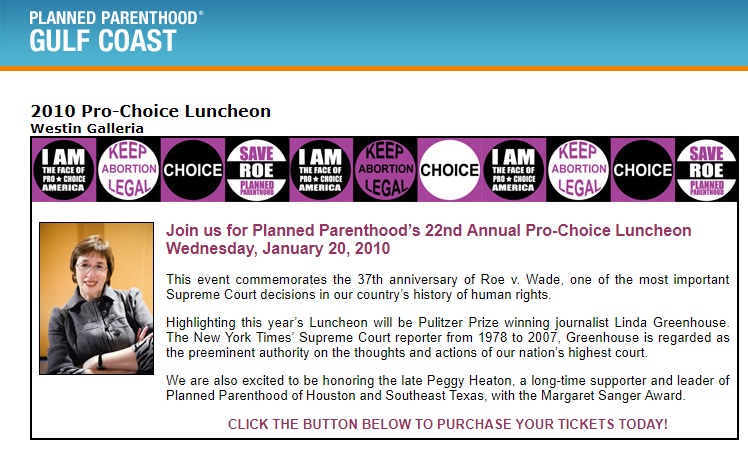 According to a report by the Washington Post, Greenhouse wrote in her book “Just a Journalist: On the Press, Life and the Spaces Between,” that she regularly donates to Planned Parenthood and wasn’t content to just allow Planned Parenthood to deduct a monthly contribution from her bank account:

It was important to me to write a check every month and sign my name. It was the signature of a citizen. The stories that appeared under my byline, on abortion and all other subjects, were the work of a journalist. If anyone ever thought those failed to measure up to professional standards, they never told me or anyone else.

One look at Greenhouse’s writings should tell you all you need to know about whether her pro-abortion ideology informs her journalism.

Quindlen is a former columnist at The New York Times who won the Pulitzer Prize for journalism. She recently attended PP’s 100th gala and sits on the Planned Parenthood Federation of America Board. Need I say more?

She has been a keynote speaker for many Planned Parenthood events.

Rajkumar hosts CBS’ News and Views, heard on WCCO Radio in Minnesota and once modeled in a fundraiser called “Ready or Hot: Fashion Meets Passion,” for Planned Parenthood.

Ross is a journalist for the Register-Guard, Newsweek, THE SPOKESMAN-REVIEW and The Daily Beast and Serena Markstrom, reporter for The Register Guard both took part in a Planned Parenthood fundraiser called “Naughty Listed: Stories of Holiday Misbehavior.” 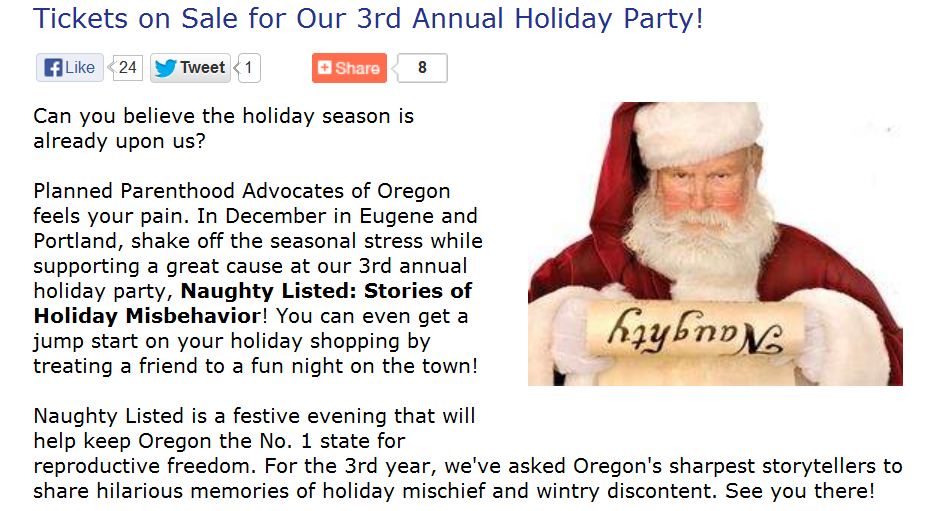 To date, Ross and Markstrom have yet to call out Planned Parenthood’s real naughty deeds.

Myers was the keynote speaker at a Florida Planned Parenthood event. According to HuffPo, Myers is a political analyst, commentator and contributing editor to Vanity Fair, and lecturer on politics. After leaving her position as White House Press Secretary under President Clinton, Myers took a spot on CNBC political talk show, “Equal Time.” She brags that her work has appeared in numerous publications including The New York Times, Time Magazine, O, the Oprah Magazine, the Washington Post, Politico and the Los Angeles Times.

Interestingly, none of that “work” includes any real serious investigations into Planned Parenthood. 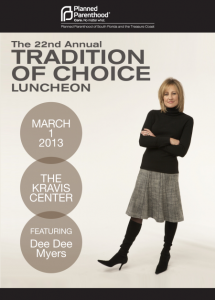 Tucker describes herself as a “veteran newspaper journalist, Pulitzer Prize winner and a highly-regarded commentator on TV and radio news shows.” Tucker was also editorial page editor of The Atlanta Journal-Constitution newspaper for 17 years and is a Planned Parenthood Maggie Award recipient. In 2014, Tucker, along with MSNBC’s Rachel Maddow and Glamour Magazine, was “honored” by Planned Parenthood.

And none of them have spoken out about any of Planned Parenthood’s scandals other than to defend them. 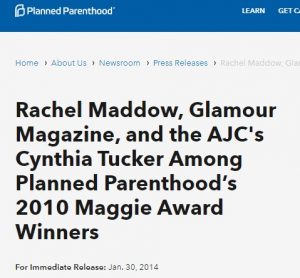 Sheppard is currently an editor at the Huffington Post and previously reported for Mother Jones, Grist, and the American Prospect. She accepted a Planned Parenthood award and has never reported on Planned Parenthood’s coverup of child sexual abuse. 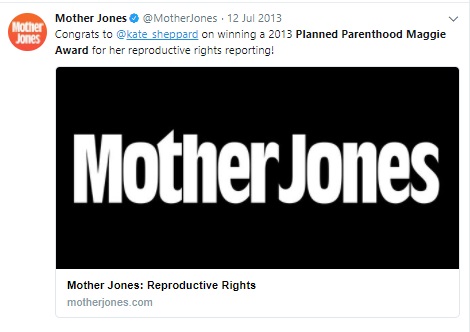 And multiple others, including…

… MSNBC’s Melissa Harris-Perry, who called Planned Parenthood part of “my spirit and my soul.” She was given a Maggie Award.

… Lawrence O’Donnell, who is host of The Last Word on MSNBC, and is also a Planned Parenthood keynote speaker: 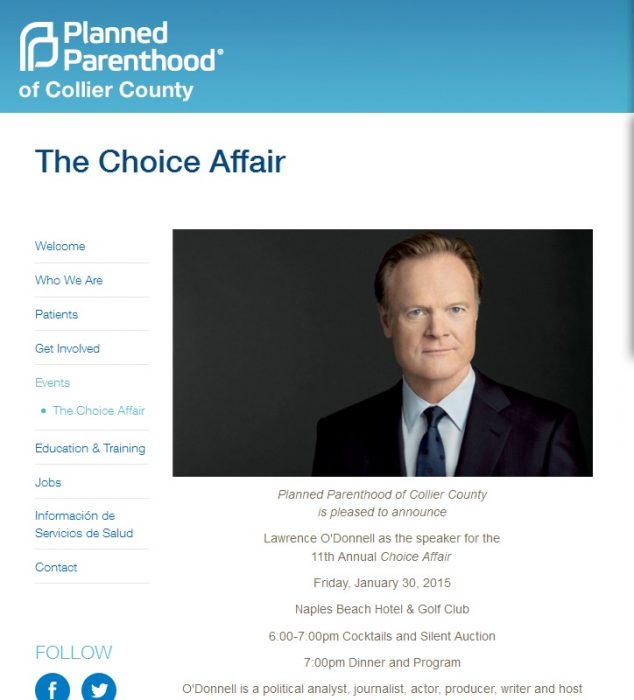 … Katha Pollitt, who is a contributor to The Nation, and also a Maggie Award recipient:

… Essence journalist Jeannine Amber, who is a Planned Parenthood awardee: 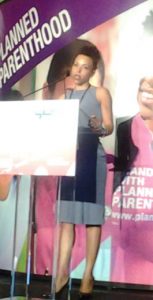 … ABC News Chief Medical Correspondent, Dr. Jennifer Ashton, who is a recipient of the Maggie Award: 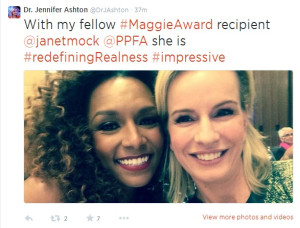 … Dahlia Lithwick, who is senior editor at Slate and contributing editor at Newsweek, is also a keynote speaker for Planned Parenthood: 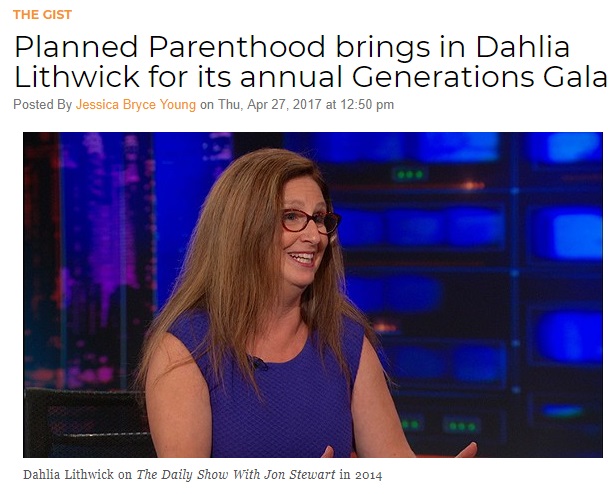 … John Young, who is with the Waco Tribune Herald and is a recipient of the Maggie Award:

… Jordan Smith, who is with the Austin Chronicle and is a recipient of the Maggie Award: 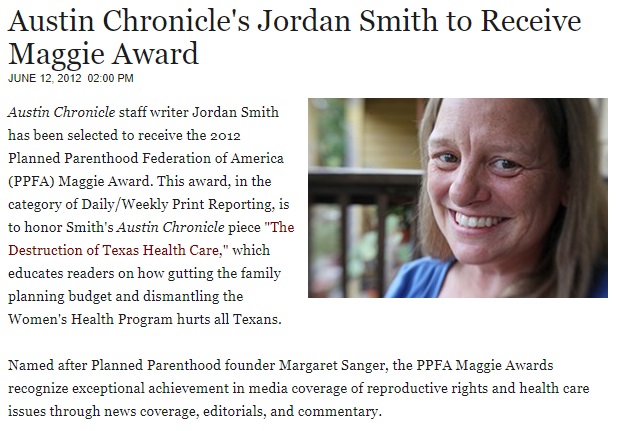