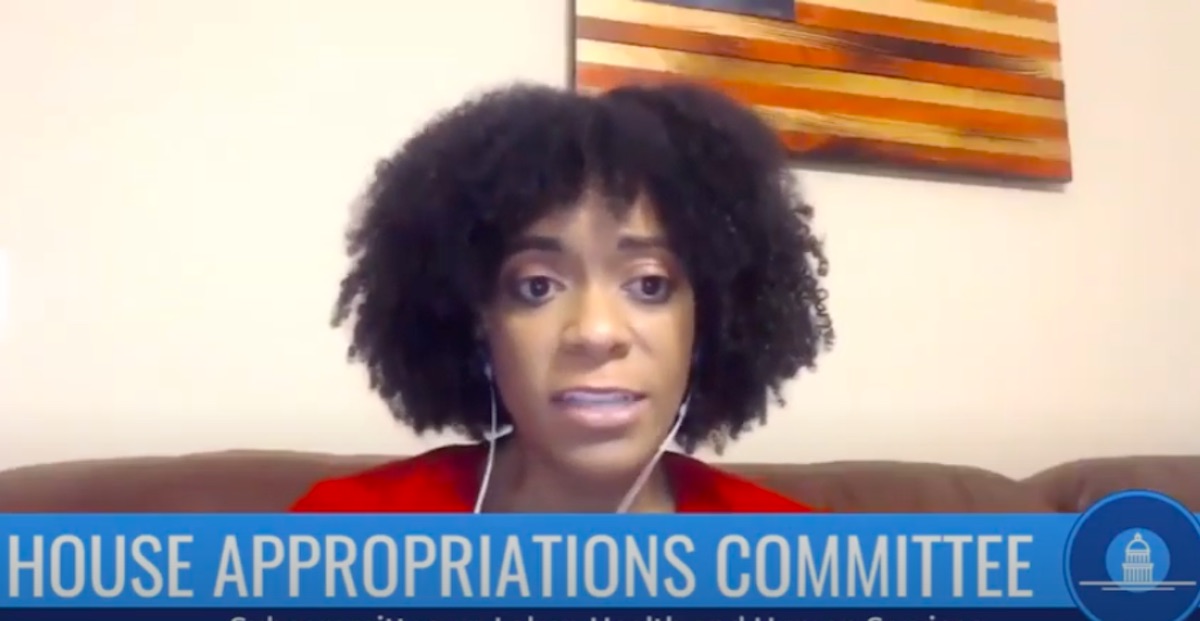 The sole pro-life testimony given during the Congressional subcommittee meeting on the Hyde Amendment this past week belonged to Christina Bennett, Communications Director for the Family Institute of Connecticut. Bennett, who was moments away from being aborted herself, shared her story with the subcommittee along with the reasons she knows the Hyde Amendment, a rider attached to every appropriations bill for decades which protects federal taxpayer dollars from being used to fund most abortions through Medicaid, is necessary.

Abortion supporters in Congress are seeking to do away with the Hyde Amendment, insisting that it is “racist” and unfair, because they believe it disallows poor women from accessing abortion as freely as women with incomes above the poverty line. Bennett believes these arguments are false.

“I wanted them to know that women are coerced into having abortions by their parents, by their partners, by their employers, and by the abortion industry workers, staff, and doctors,” Bennett explained in an interview with Live Action News. “And so when you make abortion free [of cost to the client], you’re adding to that encouragement. You’re encouraging abortion when you make it free because, just in general, that’s a sales tactic, making something free. If something is free you’re going to consider it regardless of what it is. If someone says, ‘Do you want this? It’s free.” You’re going to think, ‘Do I want this?’ So, for women who are already vulnerable, already under pressure to abort, it becomes this enticement.”

In her written testimony, Bennett noted that former abortion workers have shared stories about how they coerced women to abort in order to reach abortion goals set by Planned Parenthood. If these practices already exist, allowing Medicaid to cover abortions would only further encourage such coercion.

In her written testimony to the Subcommittee, provided to Live Action News via email, Bennett noted, “This is a government that has had so many abuses against people of color, and to think that on top of that, it’s going to fund abortion!” She added, “[It is] at the least irresponsible and at the most sinister to allow the federal government with a history of eugenics, slavery, Jim Crow laws, and other forms of systemic racism to pay for-profit organizations to end the lives of the vulnerable.”

When asked by Rep. Tom Cole (R-OK) during the hearing if she thinks the Hyde Amendment is racist, Bennett replied:

The abortion industry is undeserving of funding

No American who opposes abortion should have to fund it, Bennett said, but Planned Parenthood is undeserving of funding regardless, because it has been caught in Medicaid fraud as well as aiding sexual abusers, accepting racially-motivated donations, and trafficking the body parts of aborted babies.

“[Abortion advocates] are always saying things like, ‘We want abortion to be a decision between a woman and her doctor. We don’t want the government involved.” But yet they want the taxpayers involved,” she told Live Action News. “Let the private organizations raise funds for abortion. We had the ED of Lilith Funds [Amanda Beatriz Williams, testifying at the hearing]. That’s what the Lilith Fund does — they raise money for abortions. They want us to do their job. Pregnancy resource centers don’t get money from the government, but they had time to bring them up and slander them during the hearing.”

She also told Live Action News that there are big gaps in what Medicaid covers, depending on the state. “[Abortion advocates] are going to say that a state is going to have to pay for abortion but not a yearly dental exam?” she questioned. “Why don’t you start with mandatory eye glasses or dental care? But you want to go to abortion coverage. That shows what your mentality is — that you want poor women to have abortions. For the government to take part in that is horrific.”

As for Medicaid fraud, Bennett shared in her testimony the story of her friend Destenie Watford, who underwent a Medicaid-funded abortion in Connecticut, one of the states that allows Medicaid to fund abortions. “Staff told her she was past the point of them being able to legally perform an abortion, but they did one anyway,” said Bennett. “Although Connecticut law states abortions should be funded only for medical reasons, Destenie wasn’t asked any questions about her health. They simply took her card and billed the state. Shortly after her 5-month abortion procedure she was rushed to the emergency room for a D&C procedure. Doctors found fetal remains inside her body.”

“Specifically, I’m referring to a study by Live Action, which is an organization that I work with, who has talked to different women who have been abused, and unfortunately, that’s been covered up by Planned Parenthood,” she replied. “And they have a report that you can find online called Aiding Abusers where it goes into that information.”

Bennett added that she lives in a state that has no abortion parental notification laws, which aids sex traffickers.

“[I]t’s not hard to understand that for women who are taken advantage of through sex trafficking for them to be able to keep those girls and those women in business they have to make sure that they don’t keep their pregnancies,” Bennett told Harris. “Obviously, they become pregnant because they are being raped brutally over and over again, but one of the ways in which they make sure that they can go back to business is by taking them to abortion providers, and it’s easier in states like Connecticut where there’s no parental notification laws because then traffickers and pimps and abusers can take underage girls to get abortions and there’s no questions asked.”

The Hyde Amendment has been in place for 44 years, and protects the freedom and beliefs of those who are morally opposed to abortion.

“It is not only morally unthinkable but also clearly unconstitutional to force someone to financially assist in the systematic murder of a vulnerable class of people — the unborn,” wrote Bennett in her written testimony. “As someone who escaped abortion, it is deeply troubling to know I am forced to financially contribute to the death of unborn children.”