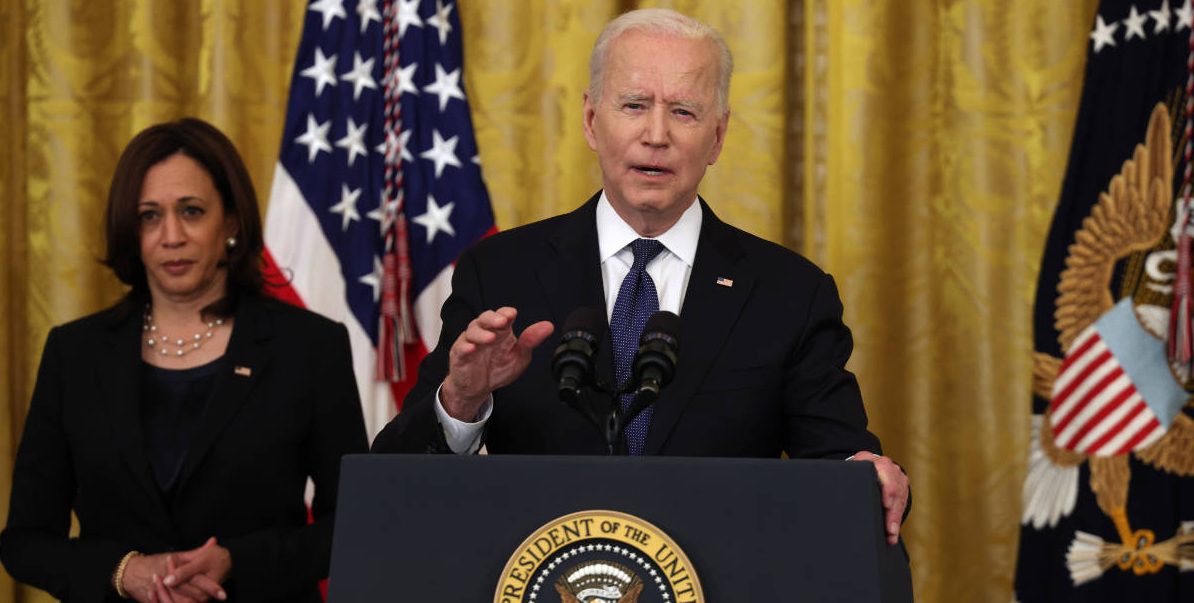 Statistics have long established that taxpayer funding for abortion actually increases the number of abortions committed. A 2017 report by the pro-abortion Reproductive Health Investors Alliance showed that in states that don’t allow state Medicaid to pay for abortions, the percentage of abortions paid for by taxpayers was just 1.5%. However, in states that do allow state Medicaid to pay for abortions, that percentage jumped to a whopping 52.2%. The pro-abortion Guttmacher Institute also found that women who undergo government-funded abortions tend to have more abortions.

“[The Hyde Amendment] may be the pro-life movement’s single greatest achievement,” notes Kelsey Hazzard, founder of Secular Pro-life. “[…] The Hyde Amendment matters both because it saves lives and because it sends a message about our national values. It says we don’t believe people are better off dead than poor. It says we don’t believe Medicaid kids should be targeted for destruction. And it says we won’t force people of conscience to be complicit in killing children in the womb just by paying their taxes.”

While federal Medicaid helps cover the medical costs associated with pregnancy, childbirth, and postpartum care for low-income women, it doesn’t currently pay for most abortions. Without the Hyde Amendment, however, federal Medicaid will pay abortionists to end the lives of low-income preborn children. This means low-income women, who are facing unplanned pregnancies and want to keep their babies but are concerned about finances, will face pressure to abort solely because they are underprivileged.

“[W]omen are coerced into having abortions by their parents, by their partners, by their employers, and by the abortion industry workers, staff, and doctors,” pro-life activist Christina Bennett explained in an interview with Live Action News. “And so when you make abortion free [of cost to the client], you’re adding to that encouragement. You’re encouraging abortion when you make it free because, just in general, that’s a sales tactic, making something free. If something is free you’re going to consider it regardless of what it is. If someone says, ‘Do you want this? It’s free.’ You’re going to think, ‘Do I want this?’ So, for women who are already vulnerable, already under pressure to abort, it becomes this enticement.”

In order to combat this increased pressure on low-income women to have abortions, pro-life pregnancy centers will need to extend their reach and ensure more women are made aware of the resources available to them when they choose life for their babies. This could prove difficult with the recent string of pro-abortion attacks on pro-life pregnancy centers. An increased effort will be required of pro-lifers to support their local pro-life centers.

One of Biden’s first acts as president was to ask the Department of Health and Human Services to undo the Trump administration’s Protect Life Rule, which prohibited Title X family planning funding from supporting abortion businesses. Any facility that committed abortions was ineligible under Trump’s rule to receive the funding unless it physically and financially separated the abortion side of its business from its legitimate health care practices. Planned Parenthood refused to cooperate with the rule and walked away from $60 million in Title X funding. The restoration of that funding allows Planned Parenthood  to further promote abortion and increase its profits.

Money is fungible, and when federal taxpayer dollars are given to abortion organizations like Planned Parenthood, it frees up other money which would normally be used for standard expenses, such as salaries and rent, to pay directly for abortions. Abortion is a million-dollar industry, and even without Title X funding in 2019-2020, Planned Parenthood took in its highest amount of annual taxpayer revenue ever: $618.1 million.

Biden has vowed to codify Roe v. Wade, the 1973 Supreme Court decision that legalized abortion through all nine months of pregnancy, into law. Currently, states are able to pass restrictions on abortion after the preborn child is considered viable, which current standards place around 24 weeks. The law has yet to catch up, however, as babies as young as 21 weeks are capable of surviving outside the womb with proper medical care, and abortionists have admitted that ‘viability’ is a moving target and not a set standard in their view. If Roe v. Wade is codified in legislation, abortion on demand would become a “right” under federal law regardless of the reason or the child’s age. Abortion would be completely unrestricted throughout the United States and states would be unable to pass any restrictions.

On the 48th anniversary of Roe v. Wade just days after he took office, Biden announced, “The Biden-Harris Administration is committed to codifying Roe v. Wade and appointing judges that respect foundational precedents like Roe.”

Pro-abortion senators are already taking steps to ensure that women have unrestricted access to abortion by introducing the Women’s Health Protection Act. An analysis of the bill by the Charlotte Lozier Institute confirmed that the bill treats abortion as if it were any other medical procedure, and if passed, could jeopardize all pro-life efforts up to this point. Pro-life lawmakers must take action to stop such pro-abortion bills from advancing and ensure that more pro-life bills are enacted.

In April, the Biden administration announced that it would temporarily lift an FDA safety rule known as REMS (Risk Evaluation and Mitigation Strategy) in place since 2000 that states the abortion pill must be dispensed by a certified prescriber and administered in a medical setting. These safety measures help ensure that a preborn child is no more than 10 weeks old (the age limit for the abortion pill), that the mother is not experiencing an ectopic pregnancy — in which case the abortion pill could cause her to hemorrhage and die — and that she has a doctor who is following her care. The abortion pill has been found to be four times more dangerous than the first-trimester surgical abortion procedure, yet the abortion industry saw an opportunity with the COVID-19 pandemic. With COVID as its excuse, the abortion industry began to advocate strongly for at-home ‘DIY’ abortions.

But allowing the abortion pill to be administered online and through the mail will not only increase access to abortion leading to more preborn lives lost; it will (and already has) put the health and lives of women at risk. After the UK allowed the abortion pill to be mailed to women during the pandemic, two women died and Wales reported a 100% increase in ambulance calls from people taking abortion pills at home.

To counteract the abortion industry’s efforts to increase access to the abortion pill, the pro-life movement must increase its own efforts to educate women of the truth about fetal development and of the risks to women’s own health. Women must also be educated on abortion pill reversal, which may be able to save the lives of preborn children even after the first of the two-drug abortion pill regimen has been taken.

When Biden rescinded the Mexico City Policy during his first week in office, he ensured that federal taxpayer dollars would be used to fund abortions in other countries. According to Newsweek, 75% of Americans oppose funding international abortions with taxpayer dollars, including 61% of those surveyed who consider themselves “pro-choice.” Likewise, a January 2021 Marist Poll found that 77% of Americans oppose using tax dollars to support overseas abortion, including 64% of those who consider themselves to be “pro-choice.”

Biden also reinstated funding to the United Nations Population Fund (UNFPA), which promotes abortion as a human right and has a history of using coercive methods to put its agenda into action. It also works in countries know to carry out forced abortions and sterilization procedures, including China.

Pro-life activist Obianuju Ekeocha, founder of Culture of Life Africa, explained that “most African languages don’t even have a way of phrasing having an abortion that means anything good.” Yet the Biden Administration is promoting abortion with American taxpayer dollars in African countries.

“Most of the African communities actually believe by their traditions and their cultural standards that abortion is a direct attack on human life,” said Ekeocha. She said that when the Western world forces abortion on African nations it is equivalent to telling an African woman “what her parents, her grandparents, her ancestors taught her is actually wrong. You’re going to have to tell her that they have always been wrong, and that…  is colonization.”

Likewise, Archbishop Ignatius Kaigama of Abuja, Nigeria, said that Biden’s decision to restore funding of international abortions “violates human dignity” and that Biden “should use his office to prioritize the most vulnerable, including unborn children.”

The pro-life movement’s global reach must expand to help protect pro-life nations from the pressure that exists for them to decriminalize abortion, as is currently happening to pro-life nations in Africa, the European Union, and South America.

Since taking office, Biden and his administration have increased the reach of the abortion industry into every corner of the globe. Because of the pro-abortion political decisions of a president who claims to be a personally pro-life Catholic, the abortion industry has even more money and power to attempt to out-market and outmaneuver pro-life efforts worldwide.

In the face of strong opposition, the pro-life movement will continue to educate the public of the science about human beings in the womb, to provide help for women and families experiencing unplanned pregnancies, and to provide healing resources for those wounded by abortion — and so much more. Vulnerable human beings and their families deserve far better than the Biden-Harris administration’s harmful policies.