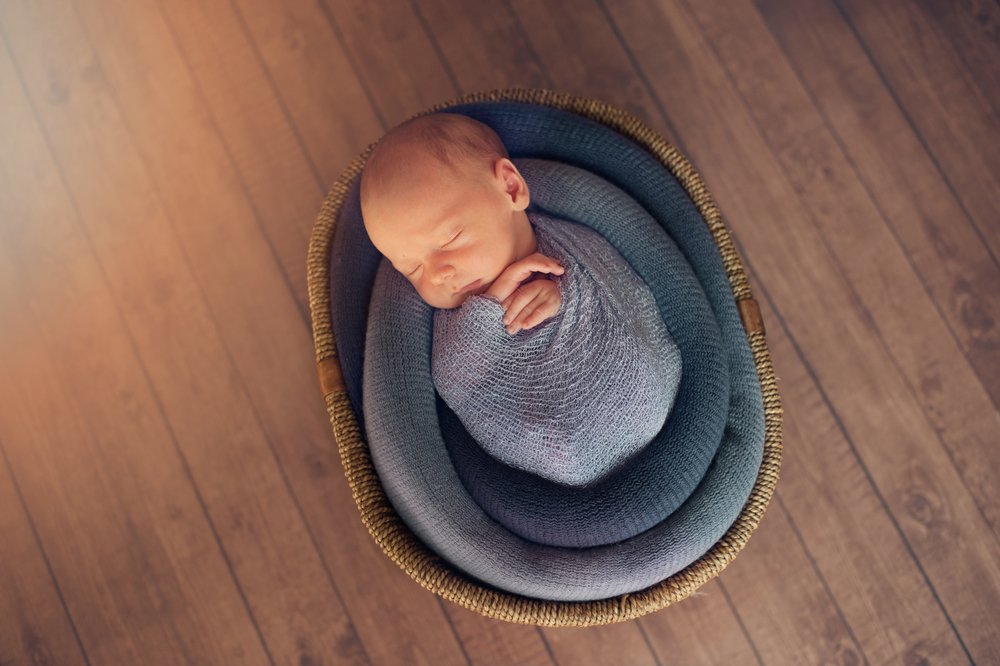 A 2011 report published in the pro-abortion journal “Contraception” noted that:

A document published by the Congressional Research Service (CRS) reveals that recipients of Title X dollars can, in fact be abortion facilities, despite the claim that the abortions are “separate”:

In 2004, following appropriations conference report directions, HHS surveyed its Title X grantees on whether their clinic sites also provided abortions with nonfederal funds. Grantees were informed that responses were voluntary and “without consequence, or threat of consequence, to non-responsiveness.” The survey did not request any identifying information. HHS mailed surveys to 86 grantees and received 46 responses. Of these, 9 indicated that at least one of their clinic sites (17 clinic sites in all) also provided abortions with nonfederal funds…

In fact, Title X requirements clearly show that abortion facilities can be recipients of Title X funds, under the requirements:

Certain kinds of shared facilities are permissible, so long as it is possible to distinguish between the Title X supported activities and non-Title X abortion-related activities:

(a) A common waiting room is permissible, as long as the costs properly pro-rated;

An analysis of the June 2017 Title X Family Planning Directory of Grantees reveals that government dollars are being sent to Planned Parenthood administration offices and affiliate headquarters, some of which are located ironically at the same addresses as abortion facilities.

1). Planned Parenthood of Southern New England, Inc., identified in the directory as located at 345 Whitney Ave., New Haven, CT 06511. A closer look at that location shows both an abortion facility and the Connecticut Administrative Office, which also advertises abortions online.

2). Planned Parenthood League of Massachusetts is listed at 1055 Commonwealth Ave., Boston, MA 02215. That address contains both an abortion facility as well as administrative headquarters which advertise abortions. 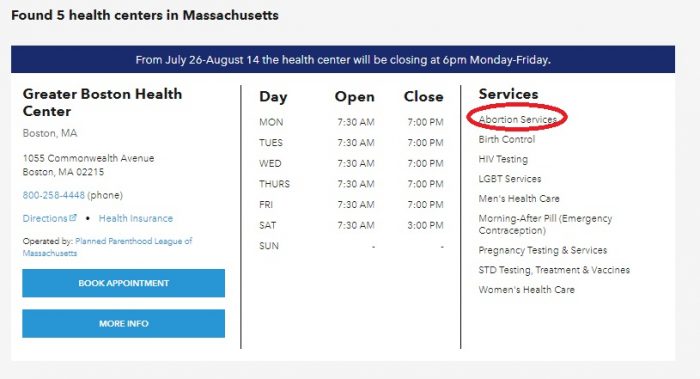 4). Planned Parenthood Assoc. of Utah is listed in the directory at 654 South 900 East, Salt Lake City, UT 84102. This location houses a facility which advertises abortion referrals as well as an administration office that advertises abortions.

5). Planned Parenthood of Illinois is listed in the directly at 18 S. Michigan Ave, 6th Floor, Chicago, IL 60603 and houses the administrative headquarters, which advertises abortion online. Also shown at this address is a facility that performs abortions.

8). Planned Parenthood of Wisconsin, Inc., listed in the directory at 302 Jackson St. N, Milwaukee, WI 53202, contains an abortion facility which advertises abortion as the only “service” they provide. And, the Administrative Offices and Headquarters also located at that address advertises abortions on its website.

10). Planned Parenthood of the Columbia/Willamette is listed in the directory at 3727 Martin Luther King Jr. Blvd. NE, Portland, OR 97221. This address is also the location of an abortion facility as well as the affiliate’s headquarters, which advertises abortions. 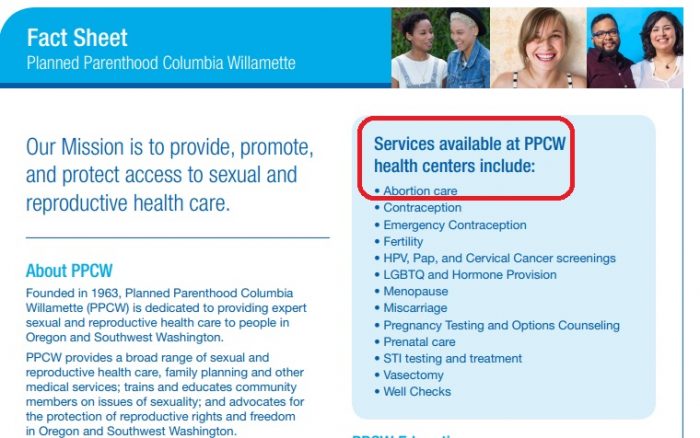 11). Planned Parenthood of the Great Northwest and the Hawaiian Islands is listed in the directory at 2001 E. Madison St., Seattle, WA 98122. This address is the location of an abortion facility in addition to address for the Washington administration offices. 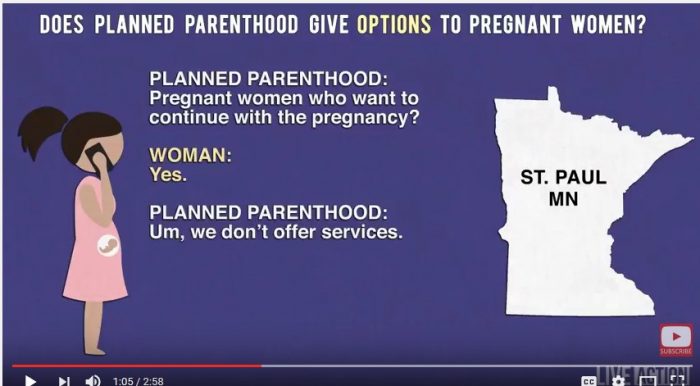 A response given to a woman who called PP St Paul MN. Watch the video here.

A sample of those calls is summarized below:

Sending tax dollars to abortion facilities like Planned Parenthood — and thus funding abortion through the back door — has many Americans demanding that Congress step in to defund Planned Parenthood. But, there are additional concerns with Planned Parenthood receiving these funds. As Live Action News has reported, Planned Parenthood’s ongoing history in failing to report suspected child abuse should be reason enough to pull Title X funds immediately. A detailed explanation can be found here.

It’s time to stop helping Planned Parenthood commit abortions with our own money.