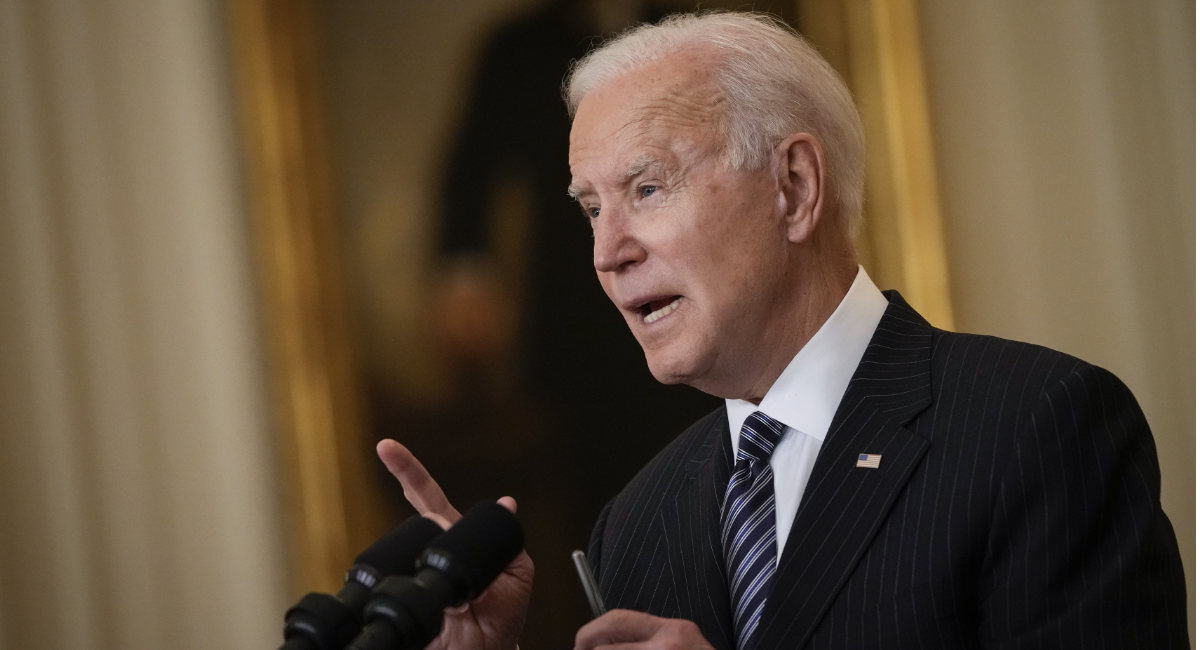 Remember when Phil Vischer of Veggie Tales fame and his friend Skye Jethani released their “What About Abortion?” video, which insinuated that the President doesn’t really impact abortion policy in the United States all that much? I think we can officially declare that hypothesis dead as a doornail, as Joe Biden has managed to squeeze a zealously pro-abortion agenda into virtually every nook and cranny of our government in less time and with more vigor than many people expected.

In fact, this president has been a disaster when it comes to protecting the lives of innocent preborn human beings, and he hasn’t even been in office for three full months. With the stroke of a pen — and within days of taking office — Biden reversed the Mexico City policy, restoring taxpayer funding for overseas abortions, and ordered a “review” of Trump’s “Protect Life Rule,” which bans abortion providers like Planned Parenthood from receiving Title X funding. Now that California AG Xavier Becerra has been confirmed as head of the Department of Health and Human Services with zero health care experience on his resumé, that rule is likely to be changed in great haste.

But this pales in comparison to other endeavors put in motion since Biden took office. A pro-abortion majority Congress has renewed its efforts to certify the long-defunct Equal Rights Amendment, which could effectively classify abortion as a “right” in this country; meanwhile, that same majority has also stepped up the push to pass the so-called Equality Act, which would mandate taxpayer funding of abortion and remove conscience protections that currently allow healthcare providers to opt out of killing preborn human beings.

Nothing short of a cultural revolution is being attempted on President Biden’s complicit watch.

If these efforts are successful, and if Biden follows through on all of his promises, Big Abortion will benefit immensely from the Biden presidency — more so than it already has. Biden’s “Agenda for Women,” for example, announced during his campaign, includes codifying Roe v. Wade. This means the Supreme Court decision forced upon every state in the U.S. would then be forced upon them in federal law as well, permanently enshrining abortion as a “right” in the U.S. and removing states’ ability to place restrictions upon it. Biden’s “Agenda” also includes eliminating the Hyde Amendment, which prohibits taxpayer funding of domestic abortions. Eliminating Hyde means more money for the abortion industry, especially for Planned Parenthood, who would be even freer to pick the pockets of taxpayers, though they already receive more than half a billion taxpayer dollars annually.

Joe Biden’s apparent vision for America includes unlimited government subsidies for an unlimited number of “procedures.” And a snapshot of the Biden administration is stark, with no small number of former abortion industry employees who have joined the ranks. Those who didn’t work for Big Abortion certainly seem to have Big Abortion working for them:

I cannot imagine anyone more passionate and skilled in the role of Associate Attorney General than @vanitaguptaCR. This should be an easy and bi-partisan confirmation for this Congress. Let's do this. #confirmgupta

We at @PPact are ready to work with @ABlinken in the days, weeks, and years ahead to advance sexual and reproductive health and rights around the world! https://t.co/zLCiy5nB07

Abortion giants spent millions to get Biden and his political allies elected. Biden is repaying them by loosening taxpayer pursestrings and giving abortion industry veterans cushy cabinet positions where they’ll be poised to bias policy even further in favor of the legalized killing of preborn children. These are the actions of someone who views our government and taxpayer dollars as a windfall to be sliced up and distributed among his cronies.

Our Founding Fathers envisioned a government that would protect the rights of even the most vulnerable — “a legitimate and defensible free government … that protects people to exercise their faculties to the end of becoming the people that they want to be.” But a government willing to sanction the murder of the most vulnerable in order to achieve that end can never be anything more than a predatory entity.

In breathtakingly short order, Biden has demonstrated that a U.S. president’s staff and policy choices can either build up a benevolent body that functions to protect its people, or fashion a bloodthirsty golem of a regime that rates the murder of its most helpless citizens as a dollars-and-cents transaction, from which it’s forever scheming a larger skim.

So, terribly sorry, Vischer and Jethani, but Biden has proven you very wrong indeed. Whom we elect to the office of President does matter, and it is clear that this president is hell-bent on doing whatever he can to make sure that more babies die, and that taxpayers foot the bill.