A survey conducted by the Guttmacher Institute, Planned Parenthood‘s former “special affiliate,” reveals that taxpayer-funded abortions were a factor for women who had at least one prior abortion. It also revealed that the majority of those women had used contraception at the time of conception. In addition, Guttmacher, which is funded in part by taxpayers, found that Black women had a higher rate of prior abortions.

The survey, entitled, “Which Abortion Patients Have Had a Prior Abortion? Findings from the 2014 U.S. Abortion Patient Survey,” was described by the authors as “limited research on the characteristics of individuals who have terminated two or more pregnancies.” The report, published by the Journal of Women’s Health in late August, asked women how many prior abortions they had and found that slightly less than half of abortion patients (44.8%) had prior abortions:

Age was most strongly associated with this outcome, and patients aged 30 and older had more than two times the odds of having had a prior abortion compared with those aged 20–24.

Guttmacher Institute researchers Rachel Jones, Jenna Jerman, and Meghan Ingerick say they compared demographic characteristics such as age, number of prior births, race/ethnicity, and education as well as contraception use.

In addition to Guttmacher’s close associations with Planned Parenthood past and present, the study’s authors, all on staff at Guttmacher, are not unbiased. For example, lead Guttmacher researcher for this study, Rachel K. Jones, also serves on the board of directors of the National Abortion Federation, according to her Guttmacher bio.

Authors of the survey discovered that several factors increased the likelihood of prior abortions, including, (in their words) “being black,” “having one or more children,” and “relying on insurance or financial assistance to pay for the procedure.”

Sadly, the overall Black abortion rate is disproportionately high and is one of the reasons many pro-life groups believe that abortion organizations like Planned Parenthood may be targeting the Black community.

To date, Margaret Sanger, the founder of Planned Parenthood, remains a hero to the abortion industry, despite her admission that she met with members of the Ku Klux Klan, advocated eugenics, and supported the use of sterilization to rid the planet of the “unfit.” 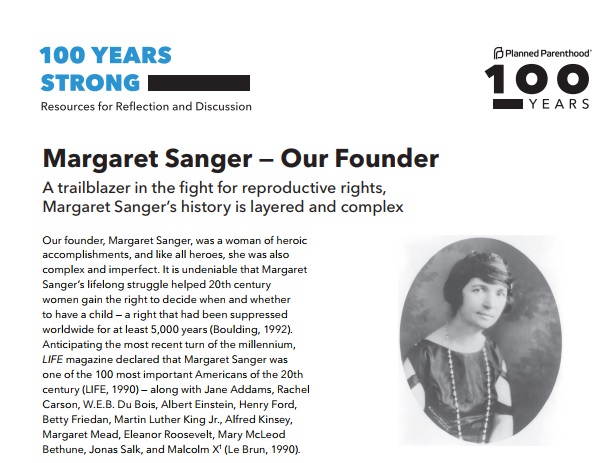 Margaret Sanger “hero and trailblazer” according to Planned Parenthood

But Guttmacher also noted (emphasis added), “The researchers found no evidence of individuals using abortion as their primary method of family planning. The majority of abortion patients (53%) were using a contraceptive method at the time they became pregnant, and those who were not using contraception were no more or less likely to have had a prior abortion.”

Taxpayer-funded abortions also played a significant role in women who say they obtained a prior abortion.

The researchers found that “[p]atients who paid for their abortion procedure with their own funds were less likely to have had a prior abortion than those who used health insurance or received financial assistance.”

Although most women pay out of pocket for abortion care, those who are able to use health insurance may be able to access abortion services more easily and, in turn, more often…

Several of the circumstances we examined were associated with prior abortion. Compared with patients who paid for the abortion out of pocket, the odds of having had a prior abortion were higher for those who paid for the procedure using (public or private) health insurance (OR: 1.47; 95% CI: 1.29–1.69) and those who received financial assistance (OR: 1.32; 95% CI: 1.15–1.52).

Live Action News previously dismantled the lie that taxpayer dollars don’t fund abortion. Even with restrictions under the federal Hyde Amendment, there are several ways taxpayers fund it:

The hundreds of millions in government dollars Planned Parenthood receives every year are fungible, often freeing up other dollars which would normally be used for salaries, facility rent, and general overhead. The fact is that Planned Parenthood wants the tax payer to fund all abortions even pushing the lie that all abortions are “medically necessary,” as Live Action News has also documented.

In a separate analysis published earlier this year by Planned Parenthood’s former “special affiliate,” Guttmacher found that “Medicaid [taxpayer funding] was the second-most-common method of payment, reported by 24% of abortion patients. The overwhelming majority of these patients lived in the 15 states that allow state funds to be used to pay for abortion.” 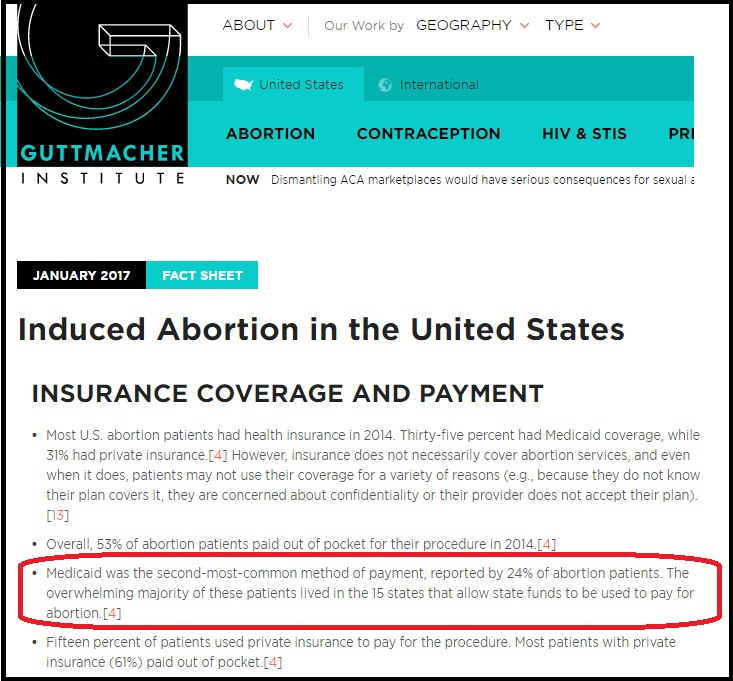 The authors also found that the likelihood of a woman having a prior abortion decreased the further a patient resided from an abortion facility:

Nearly half of patients who lived less than 25 miles from the facility where they obtained care had already had an abortion, compared with 32% of those who lived at least 100 miles away.

In 2011, Planned Parenthood President Cecile Richards boasted that the organization served three million patients. By 2015, those numbers had dropped by more than 600,000 to 2.4 million (with 11% of that number being men).

And despite government funding nearly doubling from $305.3 million in 2005 to $554.6 million in 2015, the abortion corporation has been decreasing services.

What has increased at Planned Parenthood is abortion, with numbers rising nearly 24 percent from 264,943 in 2005 to 328,348 in 2015. This means that today, Planned Parenthood garners nearly 35 percent of the abortion market share in the country, ending the lives of 900 precious preborn children every day.

What the Guttmacher survey shows is that paying for abortions with taxpayer dollars could actually increase the numbers of abortions a woman may have in her lifetime. And while there may be many factors that go into why a woman submits to more than one abortion, the answer to her problems is never to violently take the life of her preborn child.