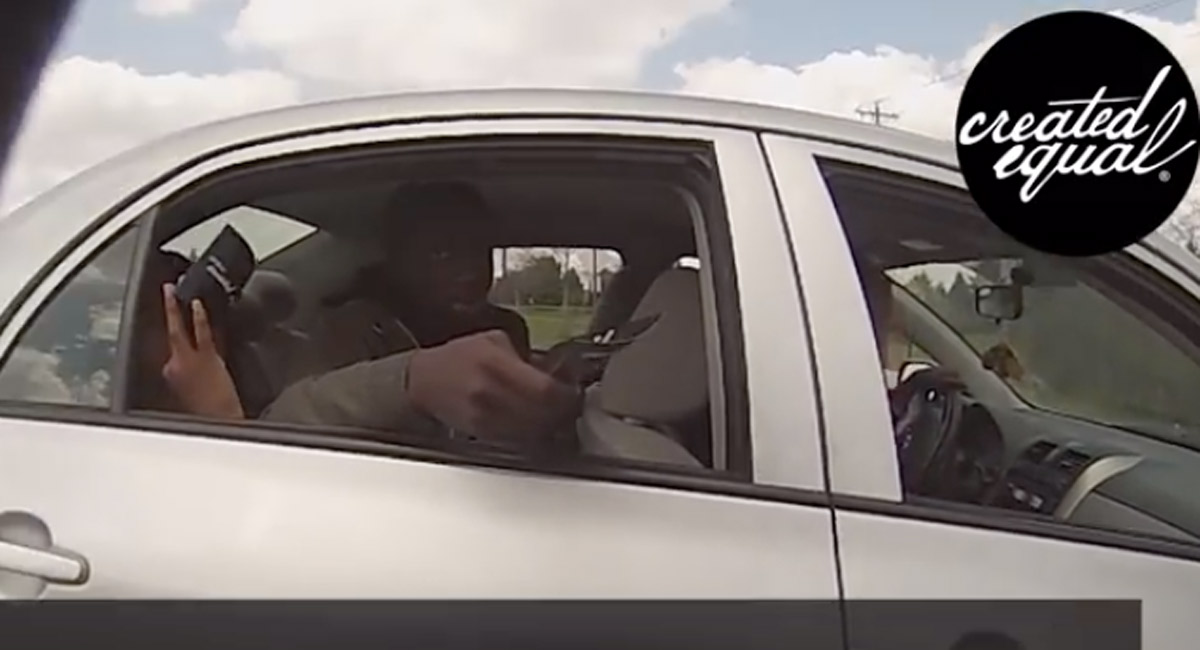 A member of the Created Equal team was speaking at a high school when he got into a conversation about abortion with four young men. During the debate, the men argued that women should be able to have abortion after rape, because no one would ever want a “rape baby.”

The pro-lifer, Seth, was handing out pamphlets when a car pulled up with four men inside. One of them asked, “What if I get raped and then I want to abort the baby?” Seth answered by pointing out that in some cultures, women are punished for being raped, which the men agreed was wrong. Seth then pointed out that just as it’s wrong to punish the mother for being raped, it’s wrong to punish the baby. But while the men seemed to disagree with abortion under normal circumstances, they felt that rape was an acceptable occasion.


READ: Rape survivor says son, conceived in rape, is proof that ‘good can come from evil’

Seth then explained the violence of the abortion procedures that preborn babies are subjected to, which clearly made the men feel uncomfortable.

Many abortion defenders say abortion, particularly late-term abortion, needs to remain legal in case of rape. But the reality is that abortion is not a solution for rape; not only is it cruelty towards a preborn human being, it doesn’t help the woman heal by subjecting her to more violence.

Jennifer Christie is a rape survivor who chose life for her child conceived in the attack. According to Christie, the common argument that rape survivors will feel hatred and disgust towards their child is not the reality. “I’ve spoken to hundreds and hundreds of women, and that is just not true,” she said at the Malta March for Life last year. In fact, for Christie, seeing her child was the first step towards healing.

“I saw a little dot, and it flickered… and I knew what that was,” she recalled. “And for the first time since I had been raped, I felt that light inside me again. And I smiled, because that little flicker on the screen, to me, was hope and joy and light.”

She and her husband agreed that the baby was something “beautiful” out of something “terrible,” and yet, their doctors continuously tried to talk them into having an abortion.

We had so many doctors and nurses tell us, “You do not want this. You do not want a child from rape. You will always have this reminder hanging over your head, this reminder — if you keep it –” And they say ‘it,’ they don’t call it a child because then it’s real. They don’t wanna make it real. “If you keep it you will never be able to move on, you will never be able to forget.”

Guess what? No woman is ever gonna forget what happened to her. Whether she has the baby or doesn’t… you are changed forever and that’s just a fact. But it doesn’t mean that you can’t become a better person than you were before.

Christie is hardly alone; numerous women choose life after rape. Far from what abortion activists want people to believe, pregnancy after rape doesn’t always make an already tragic situation worse, but abortion almost certainly will. Abortion offers more pain and violence. If the mother feels that she cannot parent her child, it should not be considered acceptable to subject an innocent child to violence and death because of the crimes of his or her father.