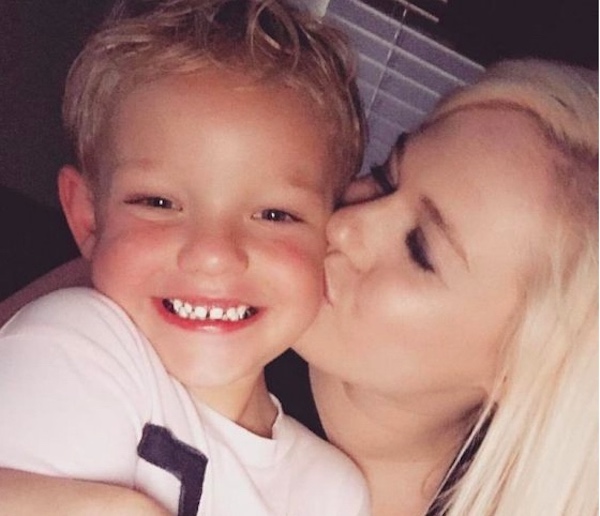 At just thirteen years old, Kali was assaulted by a stranger. The rape left her feeling so scared and ashamed that she didn’t tell anyone what had happened to her. After losing twenty pounds and becoming ill from the stress of the assault, she discovered she was pregnant, and her entire world was altered once again. Yet despite pressure to abort her child, she stood firm in her decision to give birth to him and raise him at just 14 years old.

“I let it all out when I knew that I was pregnant. I was 12 weeks,” she told Live Action News. “I was three months pregnant so it was three months until my family knew anything had happened. My mother cried and told me everything was going to be okay. She was totally supportive. I was in the hospital vomiting when I found out and she looked at me and said, ‘You know what? It will be okay.’ She said she would support what I decided. She has always been against abortion so when I told her I wanted to keep it she cried and said she would help me in any way she could. She was my backbone through it all.”

Kali’s mother and stepfather were the only ones who initially supported Kali in her choice for life. Friends and family alike urged her to abort and when she refused, rumors and bullying began to overwhelm her life.

“After I was assaulted and everybody found out that I was, in fact, pregnant, everyone was against it,” she explained. “I was assaulted at thirteen. Everyone said, ‘You’re going to ruin your life. You’re making a mistake. It would be so much easier if you got an abortion. You’re too young.'”

Her father had concerns at first because his young daughter had become pregnant through rape, but once he saw his grandson on the ultrasound he knew his daughter had made the right choice. Her brothers were in shock, and while they were supportive of her, they were upset that she hadn’t come to them sooner so they could have tried to protect her. As for her friends, Kali lost most of them.

Even medical staff made inappropriate comments concerning her baby, telling Kali that she was going to give birth to a rapist.

But Kali, who once considered herself pro-choice, had heard her son’s heartbeat at twelve weeks gestation and knew that his life was a gift. Hearing that heartbeat helped her to choose life without hesitation. She said she used the judgment and bullying as motivation to prove them all wrong. 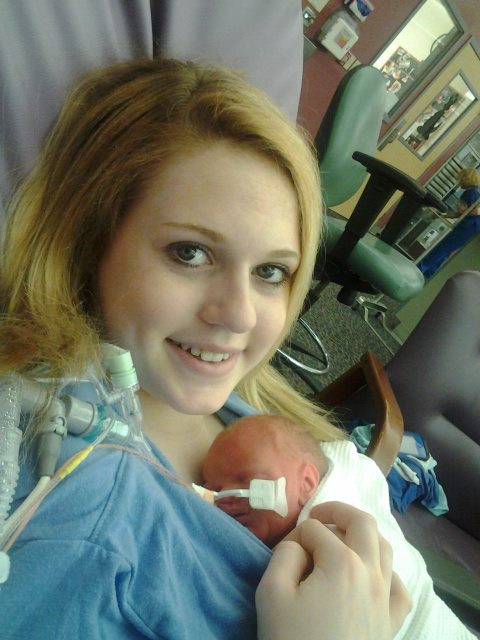 “Now that I have been put in that situation, I am totally pro-life. Once you hear that baby’s heartbeat it is an indescribable feeling,” she said. “It was an emotional time, but it [choosing life] wasn’t honestly that hard of a decision at the time. That’s a life. To me abortion is murder and so I’m totally pro-life completely now that I’ve been put through one of the most horrible situations.”

With her mother by her side for every single ultrasound, Kali remained strong through difficult times during the pregnancy and even an emergency C-section. She went into labor nine times – as early as 14 weeks – and had to change OB/Gyns three times because of poor treatment.

During numerous trips to the hospital to deal with premature labor, nurses were flippant with Kali concerning her son’s life. She was told that her son would die if he were born too young and that they wouldn’t be able to help him, she would have to just hold him as he died and that it was okay since she was so young. They acted as if his death shouldn’t have an impact on her.

READ: I was raped at 16 by a family friend, but I chose life for my son

“One woman, who was a midwife, said, ‘Well, if you lose this baby, you’re young, it shouldn’t matter. You can have another one.’ I told her it wasn’t okay to say that,” said Kali.

At 27 weeks, Kali’s water broke. She remained on bedrest in the hospital for a full week before her son, Smitlee –named after Kali’s stepfather Smitty and her father Lee — was born at just 28 weeks gestation. Doctors performed an emergency C-section after both Smitlee’s and Kali’s heart rates had dropped.

When Smitlee was born, he was breathing on his own but would require a ventilator and complete life support. He spent five weeks in the neonatal intensive care unit and doctors gave him a good chance of survival but told Kali that her son faced the risk of having a disability. However, Smitlee proved them wrong. Now four years old, he is in an honors preschool program in which he attends preschool half of the day and kindergarten the other half of the day. Kali is proud to say that he has undergone all the testing the doctors requested and he is doing well and is healthy. 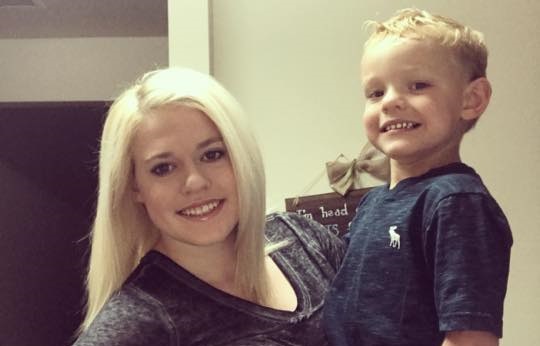 Now 19 years old, Kali has no regrets about choosing life. She does, however, believe laws need to change to protect sexual assault victims and the children they give birth to. Her rapist was caught, but in order to protect her son, she had to allow her rapist to get away with a shorter sentence.

“They caught him and it wasn’t just me. Apparently, he had sexually assaulted others as well and they had been videoed. The police went in his house for a drug raid and they saw videos labeled with horrendous things and they watched them. And that’s how a police officer knocked on my door,” she said. “There was a video of him assaulting me and videos of him assaulting three other young women. One other was pregnant and got an abortion. The other two didn’t get pregnant. State laws are ridiculous. The rapist can – if you go to court and get a DNA test – he can get visitation or shared custody and if you don’t get a DNA test he gets a shorter sentence.”

Kali opted to skip the DNA test because she didn’t want her rapist to have even a chance of ever being near her son. Her choice meant that he has already been released from prison.

Kali is now living on her own and raising Smitlee. After graduating from high school a year early with honors, she is in college full time, majoring in criminal justice and forensic science. She also works part-time at her grandfather’s company, and for two years she has been dating a man who works as a corrections officer. Kali hopes that everyone who criticized and bullied her opens their eyes to realize that abortion isn’t an answer for pregnancy after rape. 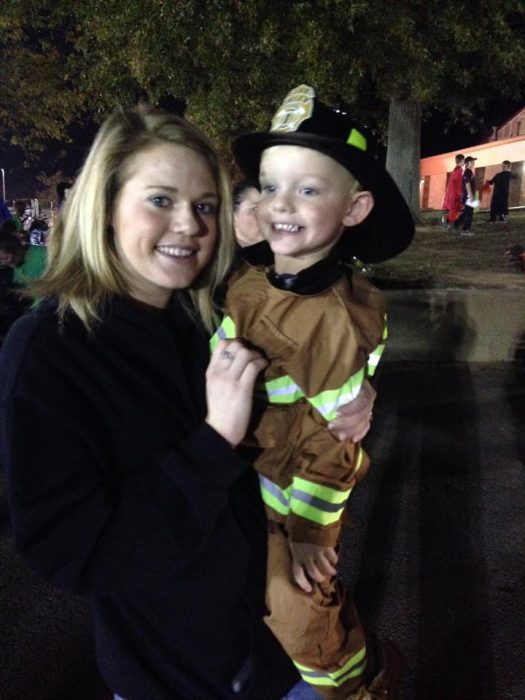 Kali and Smitlee on Halloween

“In a nice way, I would try to just tell them told you so and I hope that they learned something,” she explained. “I hope that my story will open their eyes so they realize that not everybody has to be pro-abortion in a tragic situation and to realize the beauty behind it — and that baby was totally it for me. That’s what I told everyone — that I’m doing this for him. I hope they change the way they treat people. I hope they start giving women more respect and keep their negative comments to themselves because those really aren’t needed in that stressful time.”

Kali also wants all women facing pregnancy after a sexual assault — or any unexpected pregnancy — to believe in themselves and to reach out for help.

“There is help everywhere,” she said. “Choices 4 Life – that organization helped me so much. Don’t keep it bottled in. That’s the worst thing you can do and that’s what I did. If your parents are attacking you, there is a way out. There’s a way to do it. If you don’t keep it all to yourself you will feel so much better. I wish I had known that. […]Don’t be afraid and don’t be ashamed.