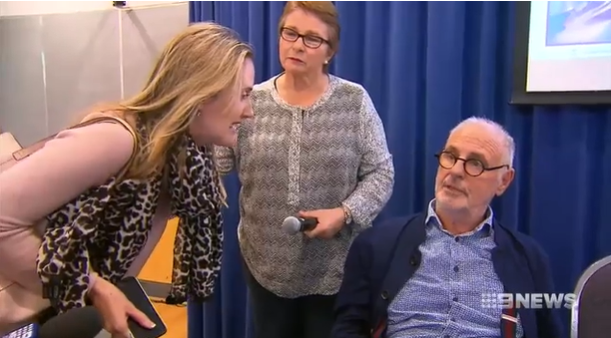 A woman whose father was a victim of assisted suicide has lashed out at the man nicknamed “Dr. Death,” accusing him of encouraging people to die. Philip Nitschke, founder of Exit International, an organization that pushes for the legalization of euthanasia and assisted suicide, was speaking at a pro-euthanasia panel in Perth, Australia when he was confronted by a woman, angry after her father killed himself at the advice of Nitschke’s organization.

Australia’s 9News reported that the woman, named only as Candice, first tried to question Nitschke as part of the forum, only for Nitschke’s followers to intervene, trying to silence her. But Candice would not be intimidated, and refused to leave. “There are young people who have died, people with depression,” she said. “It’s wrong, it’s totally irresponsible, he’s a doctor, it’s wrong.” 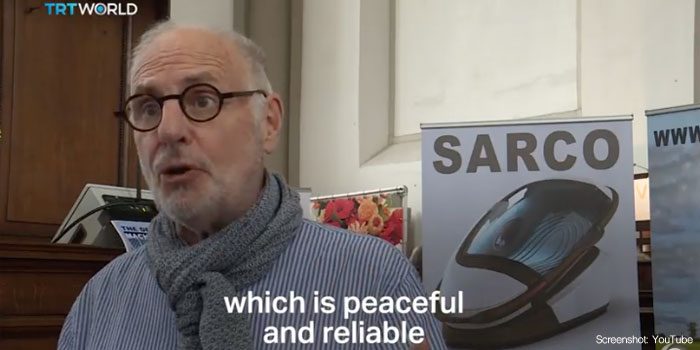 Candice walked up to the stage and addressed Nitschke directly. “Apologise for what happened to my father,” she demanded. “The information you put out kills people who are not in a rational state of mind to make that decision.” Later, she explained that her father had not been terminally ill, but was depressed. He reached out to Exit International, which gave him advice on how to kill himself.

Nitschke is a controversial figure; his license to practice medicine was suspended after he helped a 45-year-old man, who was not terminally ill, kill himself. He has also been criticized by a woman whose mother killed herself with the assistance of Exit, despite not being terminally ill. Exit also allows people to kill themselves simply because they are elderly, even if they are completely healthy.

In addition to his assisted suicide activism, Nitschke invented an assisted suicide machine which only requires a 3D printer to be created, and can kill someone with just the click of a button. It even comes with its own coffin, so people wanting to kill themselves over fears of being a burden on their loved ones might be even more likely to consider it. “The person who wants to die presses the button and the capsule is filled with nitrogen. He or she will feel a bit dizzy but will then rapidly lose consciousness and die,” Nitschke explained, adding that he wants the plans for the machine available online. “That means that anybody who wants to build the machine can download the plans and 3D-print their own device.”

What Nitschke advocates for is dangerous. Assisted suicide has been found by multiple studies, including in prestigious medical journals, to be sought out by people who are not afraid of dying a painful death, but who are depressed, hopeless, afraid of being a burden, and who have no support. When these core issues are addressed, the request is often withdrawn. Instead, Nitschke is cavalierly preying on the vulnerable, devaluing life and treating suicide as something not to be prevented, but to be accommodated. The fact that he has people who follow him is even more disturbing.

Life, no matter the circumstances, deserves to be protected. Life is not something to be treated as something cavalier and disposable.